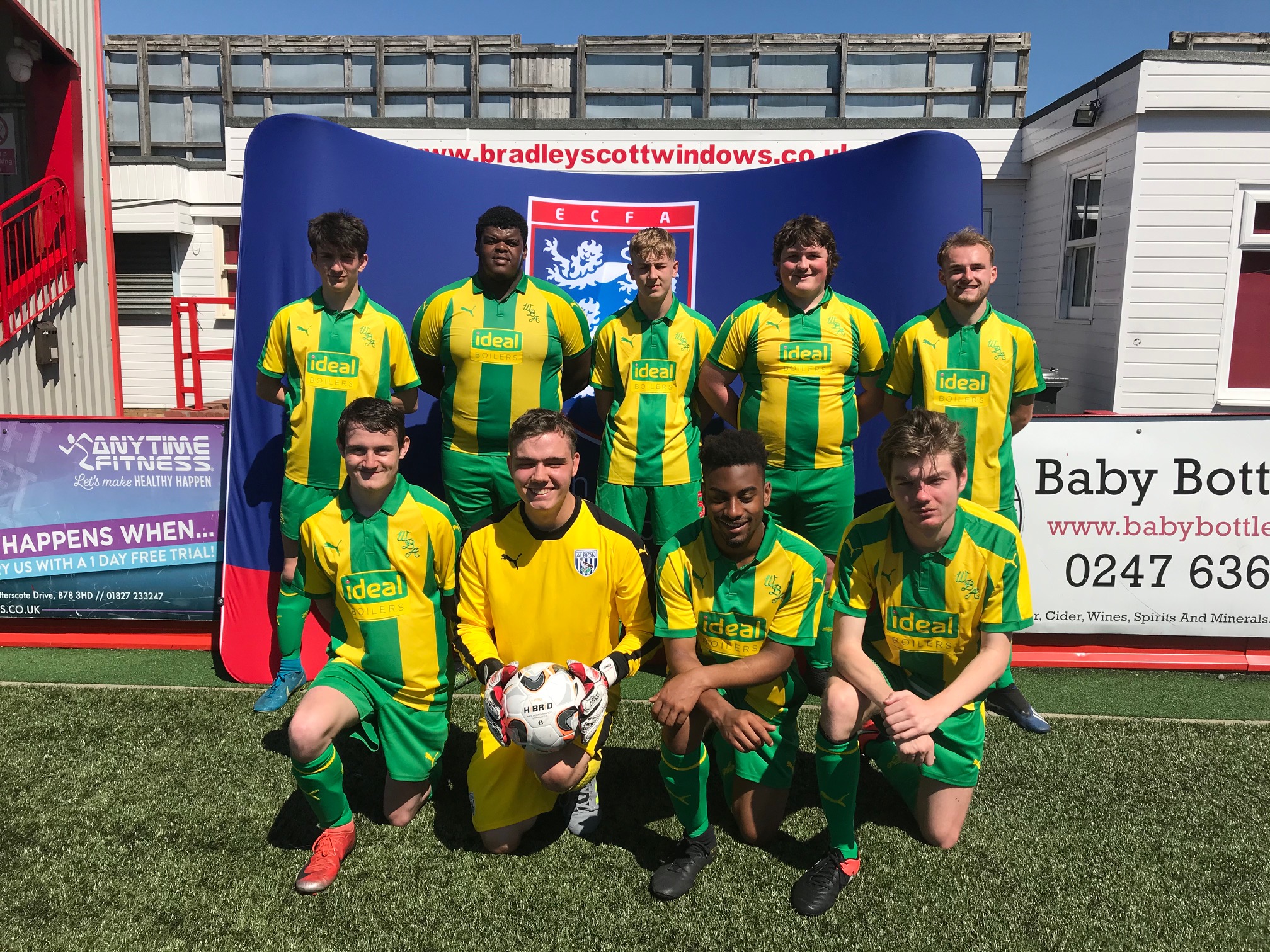 BMET have won the AOC ECFA National Pan Disability Football Cup Finals after a dominant display in the national finals.  The BMET programme which is run in partnership between The Albion Foundation and Sutton College is a football programme for people with varying learning disabilities, aged 16-19.

The programme which is run by Albion Foundation coaches, Sam Heath, Conor Brogan and Chris McCoy are one of more than 1500 teams competing in AOC Sport League and Cup competitions which are open too member colleges as well as associates such as schools, academies and training providers.

The squad, who were mainly made up of tournament debuts, were spearheaded by the tournament Golden Boot winner and Captain, Akeem Walsh with three goals and goalkeeper Bradley Oliver who kept five clean sheets out of five games and ensured the team remained unbeaten throughout the competition, adding national success to their previous success at regional level where they have secured the title for the last five seasons.

Within pan-disability football there are opportunities to take part informally in turn-up-and-play sessions through to more formal team and competition-based football. The full pathway can viewed by the following FA link.