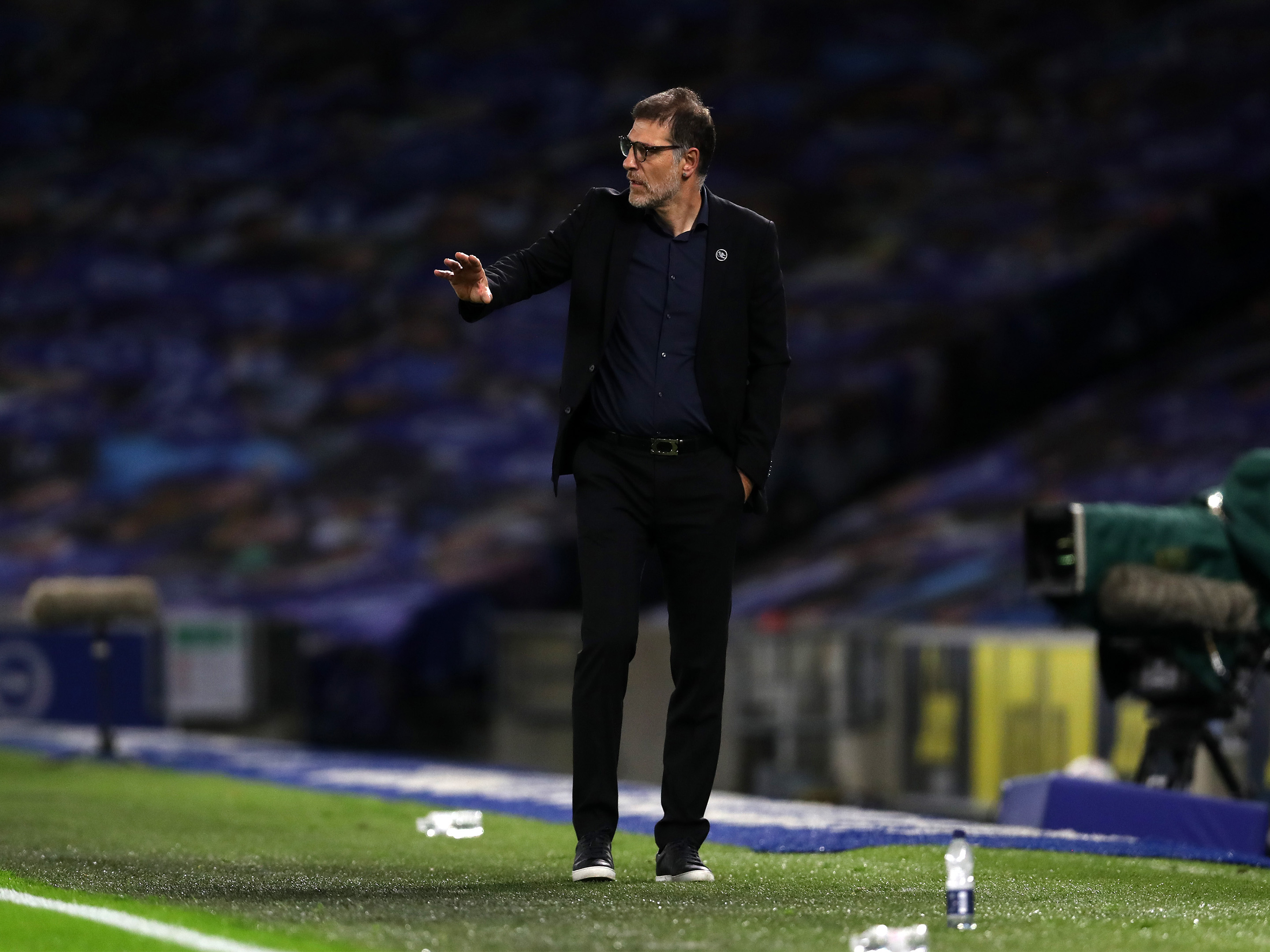 Slaven Bilić was delighted to see his side’s risks pay off as they claimed a point against Brighton on Monday evening.

The Baggies trailed going into the second half following the Seagulls’ fortunate opener, but good interplay from Callum Robinson allowed forward Karlan Grant to fire in his first goal for the club and secure Albion’s first Premier League point on the road this season.

And not only was Head Coach Bilić happy to see Grant break his Albion duck in front of goal, but also the quality his side showed after the interval to swing the game in their favour.

“Brighton lost momentum and took a step back because we risked more,” said Bilić.

“We started the game well although we didn’t penetrate but you have to find yourself in the game and in the second half we did and it worked.

“When you start to create chances your belief goes up, your confidence is growing and with that your quality does too and I’m very proud and happy.

“Like last year we had some great impacts from the bench and tonight it was like that too with all three of them.

“Callum Robinson was instrumental not only with his assist, but the way he was troubling Burn on that left side.

“We played some great football and if I had to pick one player to score it would be him [Karlan Grant].

“It’s important for him to get a goal because it’s then 1-1 but also in the manner which he took it - like a proper centre-forward.

“He delayed his shot and didn’t want to rush and he had a plan and smashed it brilliantly. It’s great for us and for him.”