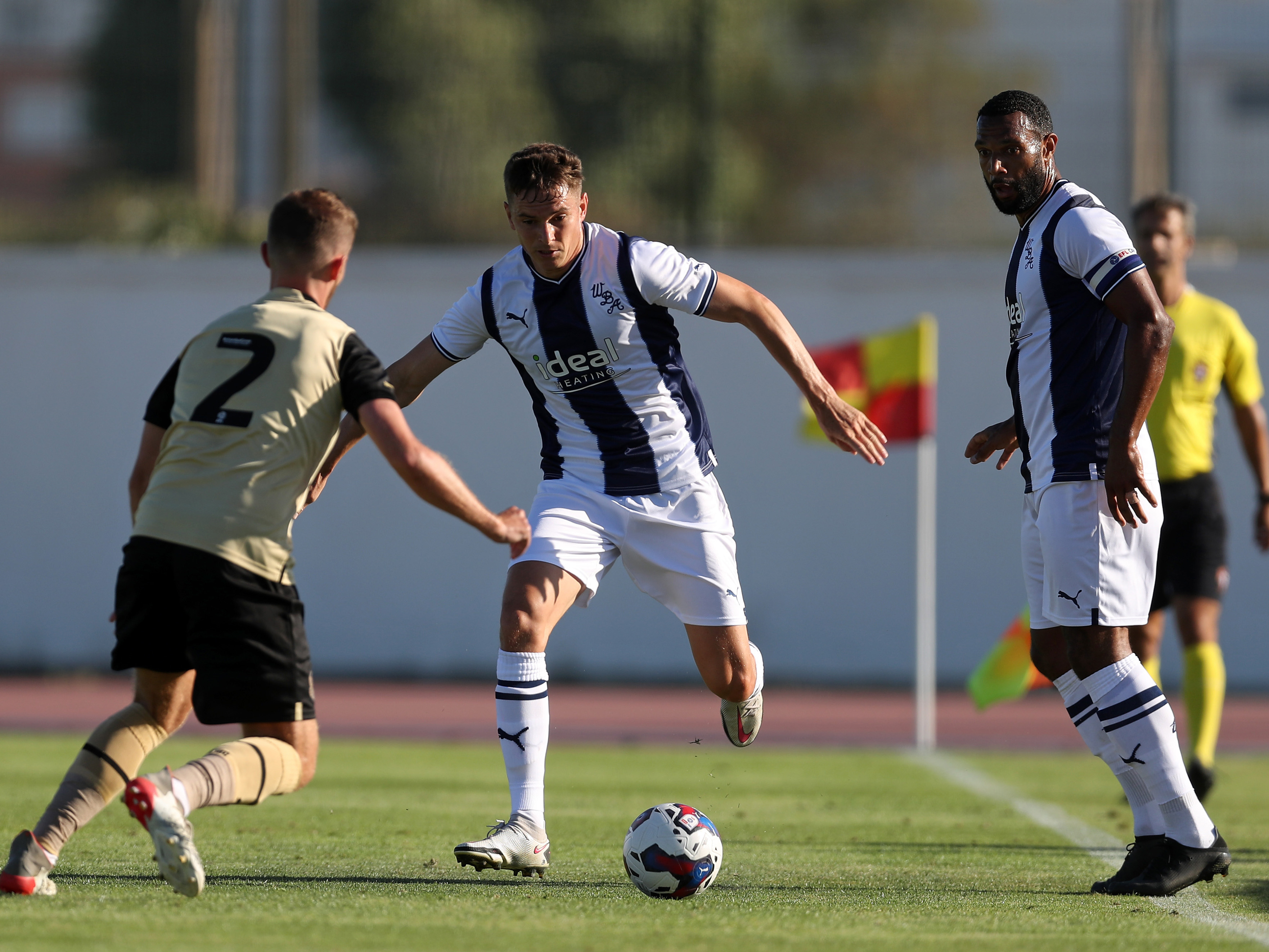 Albion started their pre-season schedule with a behind-closed-doors win against Leyton Orient at the Estádio Municipal de Lagos on Monday evening.

Steve Bruce’s side concluded their training camp in Portugal by gaining important minutes against their Sky Bet League Two counterparts, as goals from Conor Townsend and Zac Ashworth either side of half-time helped the Baggies round off their time on the continent with a win.

The boss gave 22 members of his playing squad 45 minutes of game time over the course of proceedings, and it didn't take long for the match to spring into life.

George Moncur was given a great opportunity to put Orient ahead in the opening minutes from the penalty spot after a handball decision went against Albion defender Semi Ajayi.

But goalkeeper David Button guessed correctly to divert the attacker’s spot-kick behind and keep the scores level.

And Bruce’s men reacted well to their early warning by creating the game’s first goal. Positive build-up play gave Matty Phillips time to cross into the box, allowing the onrushing Townsend to convert from left-back and hand the Baggies an early lead after eight minutes.

O’s midfielder Darren Pratley couldn’t take advantage after charging through on goal, but it was a half which saw Albion create some decent openings.

Phillips and United States of America international Daryl Dike went close to netting a second before the interval, but it remained 1-0 going in at the break.

A new XI began the second 45 in Lagos, with new signings Jed Wallace and John Swift gaining their first minutes in navy-blue-and-white. And just like the first half, it was the Baggies who found the net early on.

It was another left-sided defender who claimed the game's second goal, as academy graduate Zac Ashworth received the ball off fellow substitute Swift before firing a fine effort off the inside of the post to double the advantage.

Karlan Grant came desperately close to adding a third to the tally after latching onto a loose ball in the final third, but Albion would end the game without a clean sheet after a mixup between Josh Griffiths and Cedric Kipre saw the latter concede an own goal five minutes from time.

But it didn't affect the final result, as Bruce’s men triumphed during their opening friendly fixture.

The Baggies’ next pre-season outing sees them travel to Stevenage on Saturday, July 9 (ko 3pm) at the Lamex Stadium.