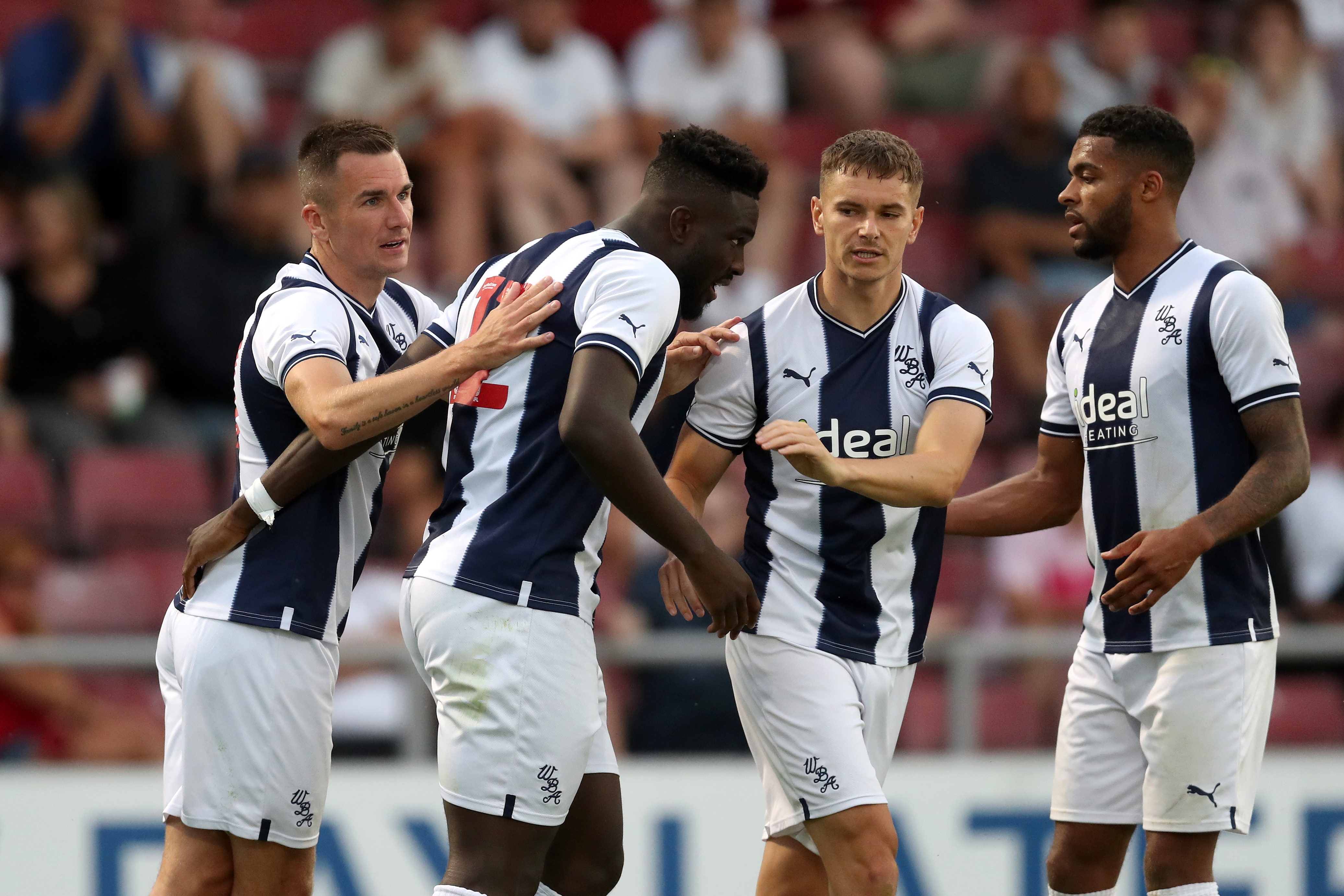 Albion continued their quest for full match fitness with a 3-0 pre-season friendly victory at Northampton Town on Wednesday night.

Daryl Dike netted his first goal in blue-and-white stripes to put Steve Bruce’s men in front, while last season’s top scorer Karlan Grant found the back of the net 18 minutes from time. Adam Reach capped off the performance with the third in the final minutes.

The Baggies dominated proceedings from the off at Sixfields, with neither Albion keeper forced into action throughout the clash.

Jed Wallace twice went close in the opening 15 minutes, first pouncing on a stray backpass to fire just wide from a tight angle, before forcing Jonny Maxted into a good diving save.

Dike fired over moments later and Grant flashed over from close range from a right-wing Wallace cross.

Darnell Furlong headed wide from Wallace’s corner midway through the half, while Dike went closer still before the break, pressing Maxted into a mistake before the stopper recovered to deny the American with a low block.

It remained 0-0 at the break but the 480 travelling Albion fans did not have long to wait to celebrate Dike’s first goal of pre-season.

The USA international striker forced a left-foot effort inside the back post from Wallace’s right-wing cross.

The Baggies doubled their lead on 72 with Diangana providing a moment of magic to sidestep his marker before playing in Grant who sent Maxted the wrong way with a low, right-foot strike into the bottom left corner

Matty Phillips came close with a strike from distance as the game looked to be done and dusted, but Reach completed a dominant performance as he fired home after Diangana struck the post with a late effort.

The Baggies travel to Gresty Road to take on Crewe Alexandra in their fourth friendly of pre-season on Saturday (ko 3pm).