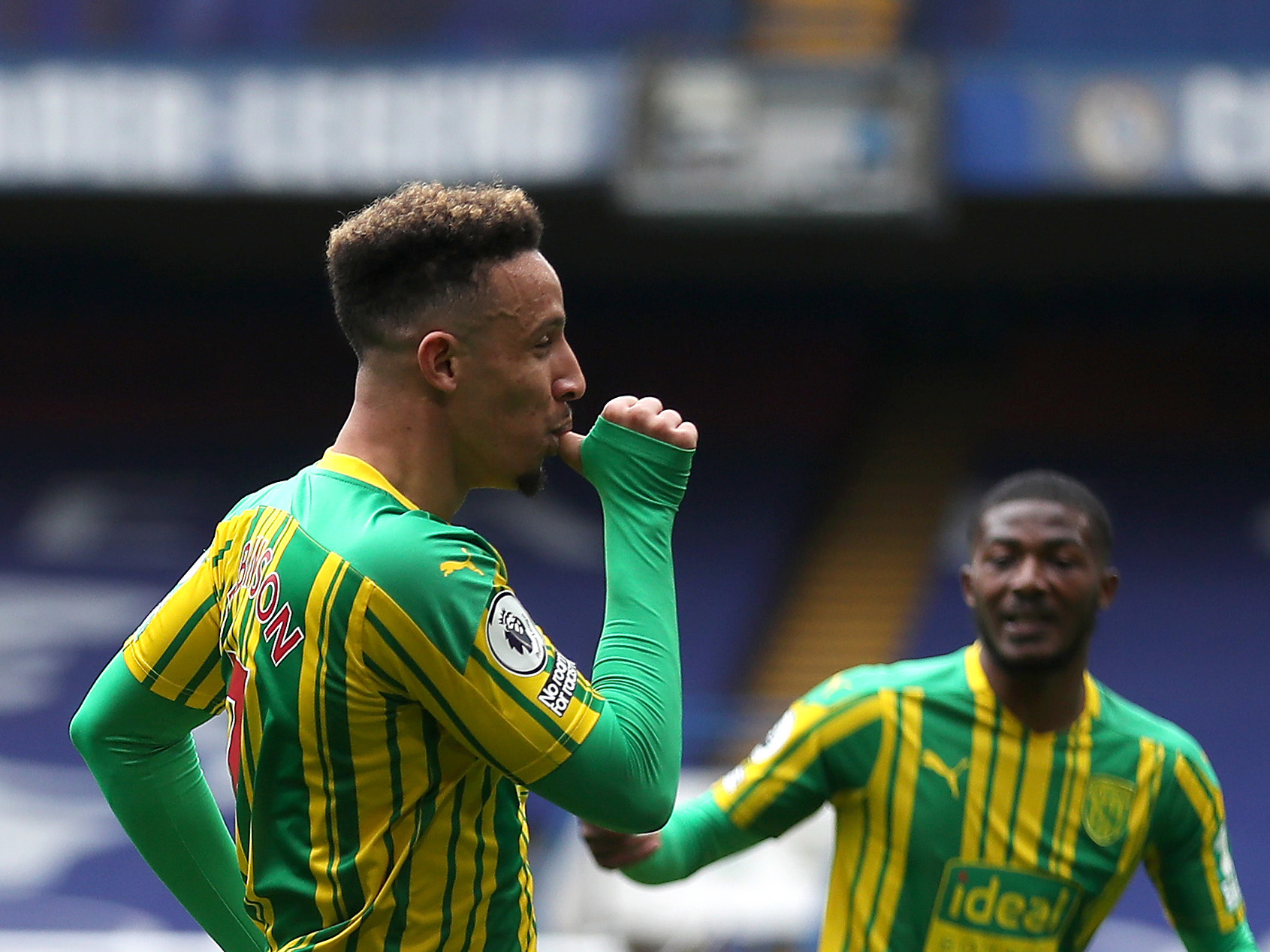 Callum Robinson says Saturday’s 5-2 success at Stamford Bridge is an “unbelievable” victory and one he hopes will put smiles on the faces of Baggies fans around the world.

Albion stunned high-flying Chelsea, scoring twice in first-half injury time and then three further times in the second half to earn an eye-catching win over the former Premier League champions.

Robinson came off the bench to bag his side’s third and fifth goals on the day to take his tally this season against Chelsea to four, adding to the brace he scored at The Hawthorns in the reverse fixture in September.

And the Republic of Ireland international insists everyone associated with the club will enjoy the outstanding result before turning their attention to the final eight games.

Robbo said: “It’s an unbelievable day for us.

“It’s a great day for all the players, the staff and all the fans back at home watching.

“It’s been a tough season, but Saturday was a good day and we will enjoy it.

“It’s nice to come here and get so many goals against a really good Chelsea team with a lot of quality in it.

“I don’t have a clue why I seem to score goals against Chelsea.

“They must just be that team where I get plenty of success but I’m certainly not complaining.

“The lads did brilliantly today for me to get those goals and I really appreciate their efforts.

“My first goal came because we managed to break away. I saw Darnell running down the right side and I was begging that he had seen me.

“I just wanted to get good contact on the ball and thankfully it went into the roof of the net.

“We want to build on this and push on as hard as we can from now until the end because we’ve still got plenty of work to do.”