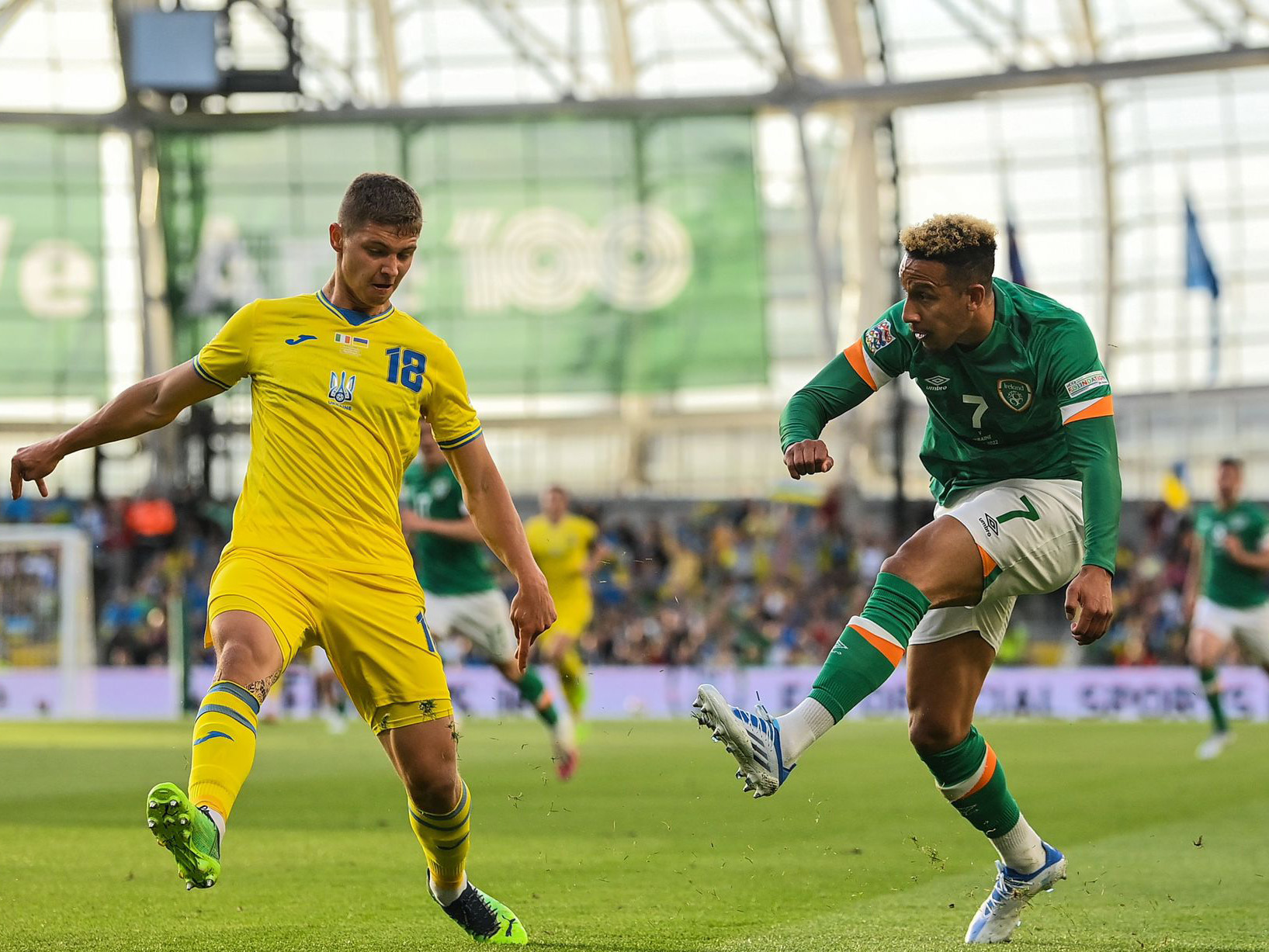 Baggies duo Callum Robinson and Dara O’Shea both featured for the Republic of Ireland in their narrow 1-0 defeat to Ukraine in the UEFA Nations League on Wednesday night.

Robinson was named in the starting XI for the clash at the Aviva Stadium and completed 69 minutes before being replaced by Michael Obafemi, while O’Shea was introduced to the action just after the hour mark having being named as a substitute.

Albion midfielder Jayson Molumby remained on the bench in Dublin where a goal three minutes into the second 45 from Ukraine midfielder Viktor Tsygankov was enough to earn the visitors all three points.

Ireland, who have lost both of their opening Nations League matches 1-0, will now prepare for a home clash with Scotland on Saturday afternoon (ko 5pm).

*With thanks to the FAI for the photo