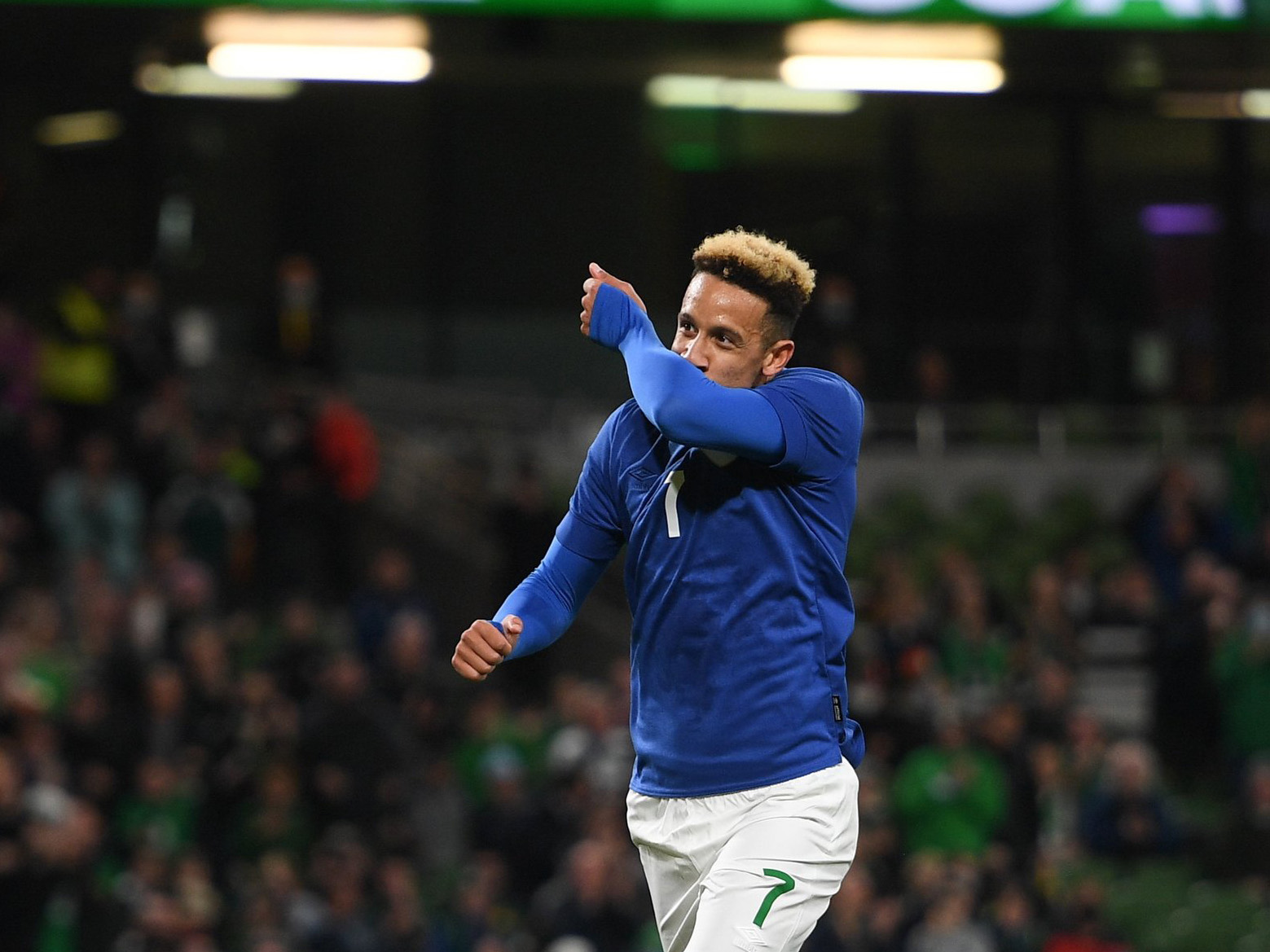 Callum Robinson was the Republic of Ireland’s hat-trick hero on Tuesday night, bagging an impressive treble against Qatar.

The Albion forward helped himself to his nation’s first three goals in their 4-0 rout at the Aviva Stadium against the 2022 FIFA World Cup hosts.

His opener came after less than four minutes, finding the top corner from outside the area with the help of a deflection off a Qatar defender.

Robinson then confidently put a penalty away to double his and Ireland’s tally after 13 minutes, before completing his maiden international hat-trick with a slotted finish early in the second 45.

Callum will now return to Albion having hit five goals in two games during the October break.

Elsewhere, Sam Johnstone was an unused substitute for England as they were held to a frustrating 1-1 draw by Hungary at Wembley in a World Cup qualifier.

*With huge thanks to FAIreland for the photo