Robinson delighted to get off the mark 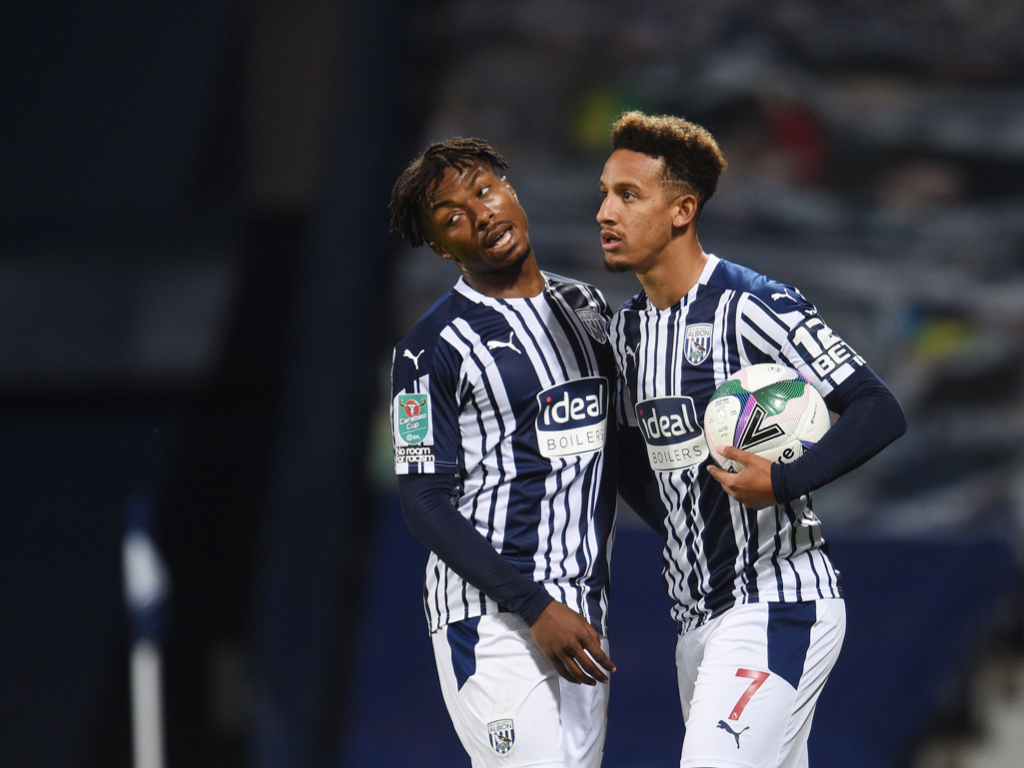 Callum Robinson was delighted to open up his goal tally in Wednesday’s win against Harrogate Town.

The forward bagged for the first time since becoming a permanent Baggie, adding the third and final goal of Albion’s comfortable Carabao Cup victory over the League Two side.

Robinson was quick to pour plenty of praise over sublime first-half strikes from Rekeem Harper and Hal Robson-Kanu, but insists he’s just as happy to score tap-ins as he would be scoring 30-yard screamers.

“These games can sometimes be awkward for you but I think we were professional,” said Robinson.

“It was a good game and thought the lads started brightly. We made sure before the game that we were on top of everything and knew their threats but I think our quality showed through.

“There were some amazing goals from from Robson (Kanu) and Raks (Harper) and it’s nice to get on the scoresheet myself but it was a team thing tonight and we got through to the next round.

“They were two amazing goals and the lads should be happy with that. We all know Kyle’s got unbelievable talent and he showed it in that moment with his quick feet and those goals are my bread and butter and sometimes I prefer those goals to the worldies.

“It’s good to get your first goal as quickly as possible and hopefully that can get me up and running for the season now.”