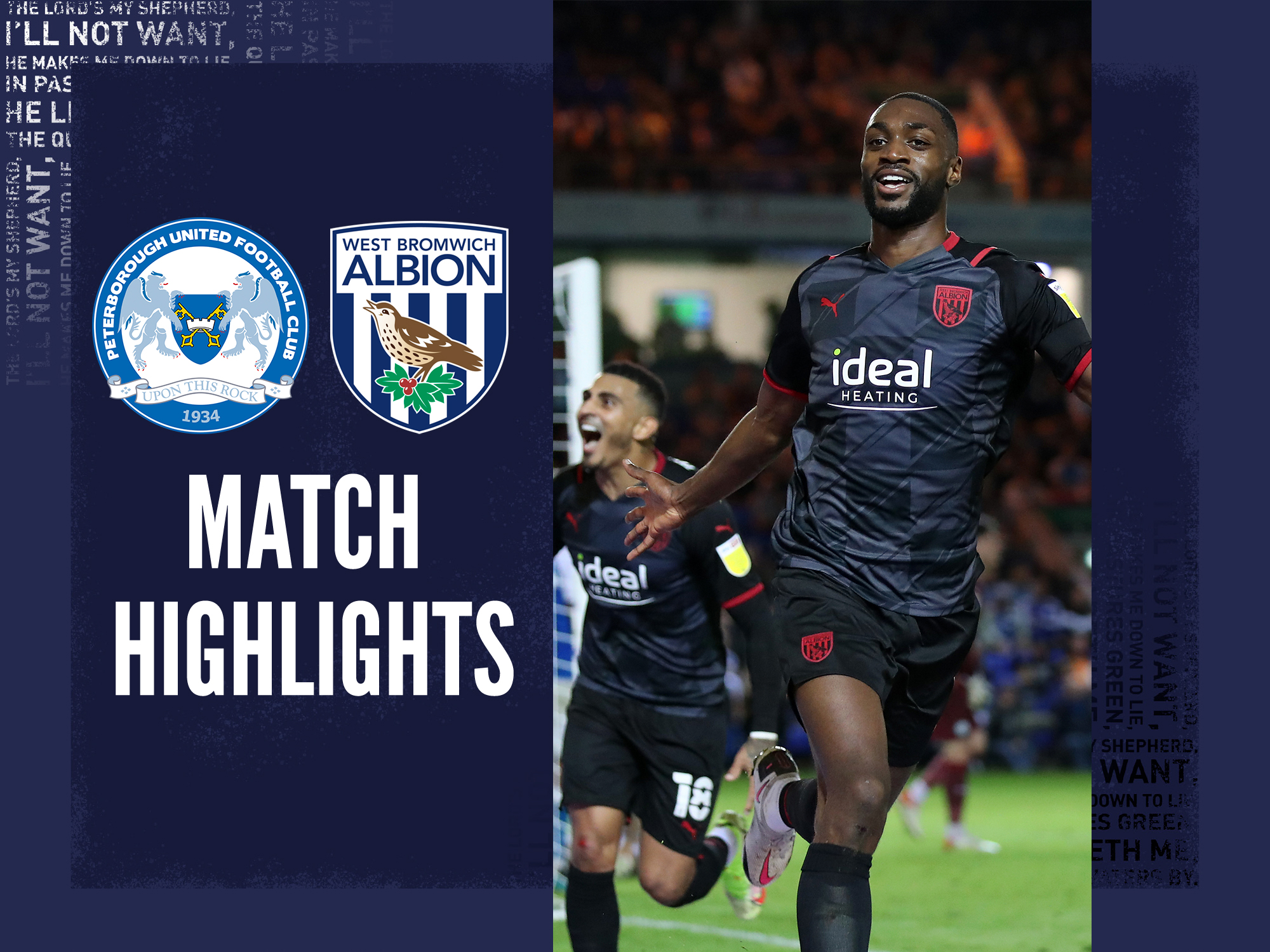 Albion netted a dramatic stoppage time goal to win 1-0 at Peterborough in the Sky Bet Championship on Saturday night.

A hard-fought encounter against the Posh looked like it would end as a goalless draw, but as extra-time edged towards a close, Matt Phillips raced down the line before crossing a low ball for Semi Ajayi to side-foot home, sparking scenes of jubilation in the away end.

Valérien Ismaël was without last week’s starters Callum Robinson and Matt Clarke at Weston Homes Community Stadium, instead naming Phillips and Ajayi in his XI.

The sides exchanged early attempts towards goal; Jonson Clarke-Harris nodded over for the hosts before, down the other end, Darnell Furlong volleyed wide.

Albion started to create more opportunities midway through the first period – the best when Karlan Grant and Conor Townsend played a clever one-two down the left, with the former seeing his low shot well saved by Christy Pym.

Peterborough might have stolen the lead going into the break as Jack Marriot beat the Baggies defence to the ball, but Sam Johnstone comfortably stopped his effort from outside the box and it was goalless at half-time.

Adam Reach came on at the interval, replacing Kyle Bartley, and new signing Jordan Hugill also made his first Albion appearance in place of Grady Diangana after 57 minutes.

The Baggies began to dominate around the hour mark. Phillips almost opened the scoring - his header scrambled off the line - and then Ajayi smashed the post from close range during a spell of real pressure.

The hosts were dangerous on the counter-attack and threatened their visitors with a number of set-pieces, yet Albion held firm and continued to press forward.

And they finally found the breakthrough four minutes into added time, Phillips driving past the Peterborough back-line to cross for Ajayi to tap home – sparking wild scenes in the away end.