'Onwards and upwards' for Gallagher after Albion bow 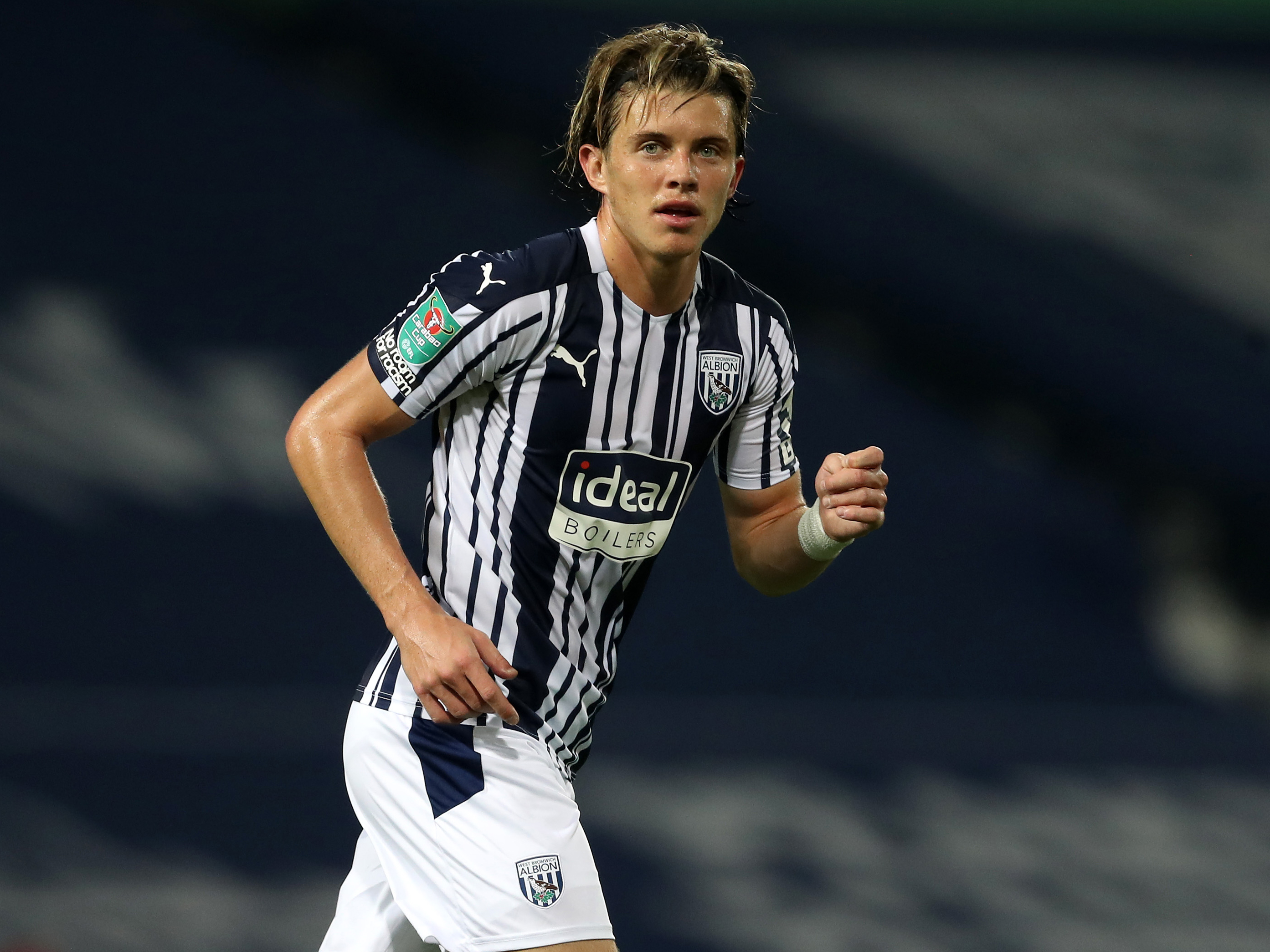 Albion’s latest addition Conor Gallagher is “excited” for the season ahead after making his debut at The Hawthorns.

You can watch his full interview here.

The attacking midfielder played the full 90 minutes as the Baggies departed the Carabao Cup via a 5-4 penalty shootout defeat to Sky Bet Championship side Brentford.

Gallagher was lively in his first game in an Albion shirt, creating a number of chances before almost scoring one himself towards the end of regular time.

The 20-year-old won’t be eligible to play for the Baggies against his parent club Chelsea on Saturday and despite Tuesday evening’s result, Gallagher was keen to reflect on the positives from the performance.

“I’m happy to make my debut and to play the 90 was good to get my fitness up and just to get to know the team, players and a new system,” said Gallagher.

“I really enjoyed it. It was disappointing with the result but it’s just onwards and upwards from here. It was my first 90 for a while but I’m feeling good and ready for the season.

“I haven’t made my Premier League debut yet so being thrown into a Premier League game might’ve been difficult, but it’s not like Brentford are an easy team - they’re a top team so it was a good test for us.

“I thought we played well with some good stuff so we were disappointed not to win but when it goes to penalties it’s just bad luck. We’re happy with the performance but not the result.

“I’m really excited to play the season in the Premier League and I’m looking forward to helping the team out and showing all the fans what I can do and bring to the team.”