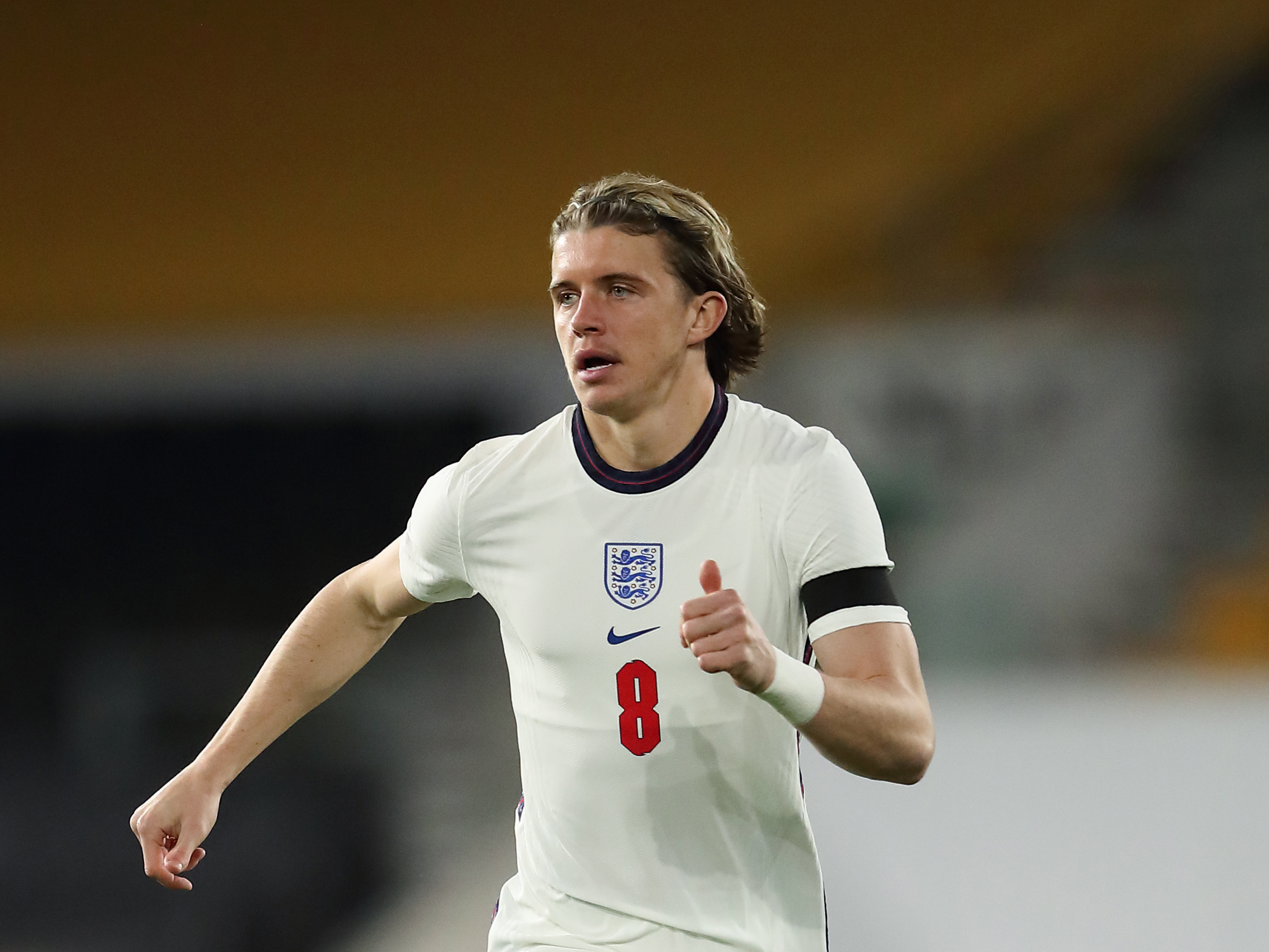 Conor Gallagher was a second-half substitute as England’s U21 group lost 2-0 to Portugal at the U21 European Championships.

The Baggies midfielder replaced PSV’s Noni Madueke in the 72nd minute with the Young Lions already trailing 1-0 thanks to Dany Mota’s goal.

Barcelona forward Trincao added a second for Portugal from the spot shortly after Gallagher’s introduction to seal all three points.

England U21’s final group game is against Croatia on Wednesday.

Elsewhere, Kamil Grosicki grabbed an assist for Poland, helping them to a comfortable 3-0 win over Andorra in FIFA World Cup qualifying.

The winger set up PAOK striker Karol Swiderski for the third and final Polish goal, having entered the pitch on the hour mark from the bench.

Robert Lewandowski, surprise surprise, bagged a brace for Poland who travel to Wembley to face England on Wednesday night.

Sam Johnstone was an unused substitute for the Three Lions in their 2-0 win in Albania. Harry Kane and Mason Mount scored the goals to secure another three points in World Cup qualifying for Gareth Southgate’s men.