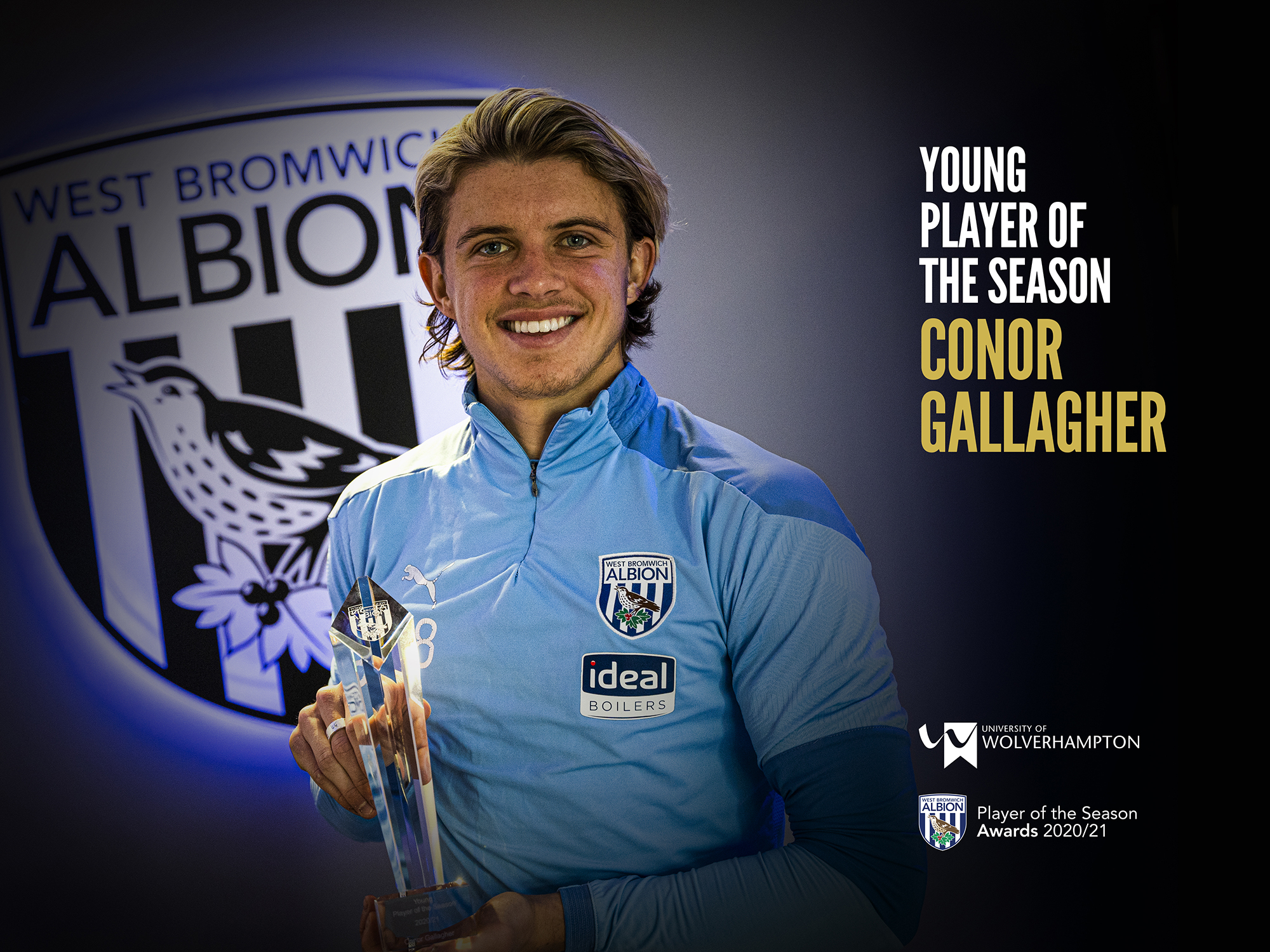 Conor Gallagher has scooped the University of Wolverhampton Young Player of the Season award.

The 21-year-old spent the 2020/21 campaign on loan with the Baggies from parent club Chelsea, making 32 appearances in all competitions and scoring two Premier League goals.

Gallagher quickly became a regular starter in the middle of the park for Albion following his arrival in September, catching the eye with energetic and passionate performances.

The midfielder scored his first goal for the club in the 1-0 win over Sheffield United at The Hawthorns in November, before netting in the next home game against Crystal Palace.