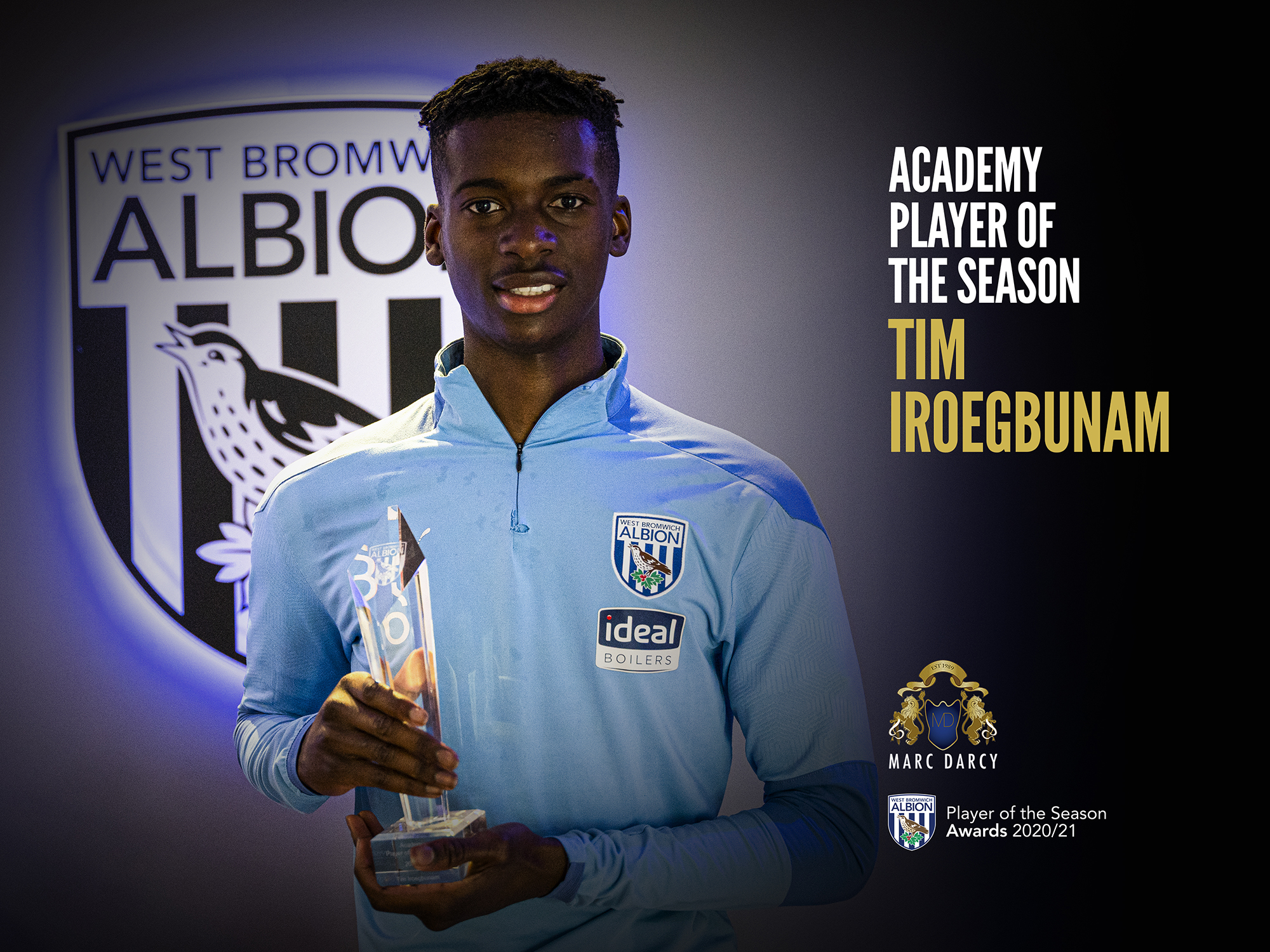 Tim Iroegbunam has been named Albion’s Marc Darcy Academy Player of the Season.

The 17-year-old made a huge impression in the club’s U18 side during the 2020/21 campaign, playing a key role in the middle of midfield as Peter Gilbert’s group reached the last four of the FA Youth Cup.

Iroebugnam, who was named as a substitute for the Baggies’ final Premier League game at Leeds United, also featured several times for the PL2 team towards the end of the year.