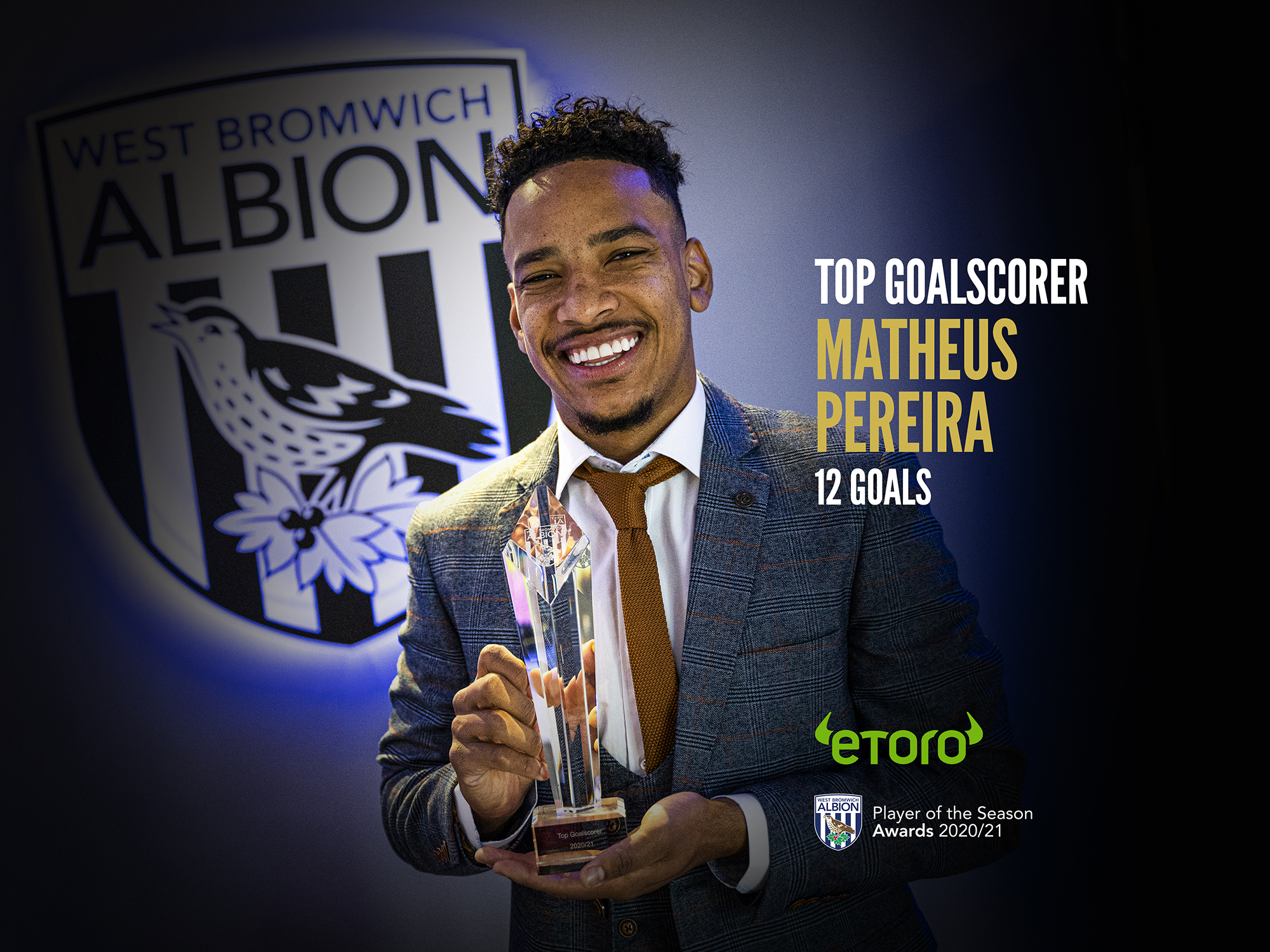 Matheus Pereira has won the eToro Top Goalscorer award after netting 12 goals in all competitions during the 2020/21 campaign.

The Brazilian scored 11 times in the Premier League, becoming the first Albion player to hit double figures in the top flight since Saido Berahino bagged 14 in 2014/15.

Pereira also converted a penalty in the Emirates FA Cup at Blackpool in January.

Nine of the 25-year-old’s strikes came away from home, including braces at local rivals Wolves and UEFA Champions League outfit Chelsea.