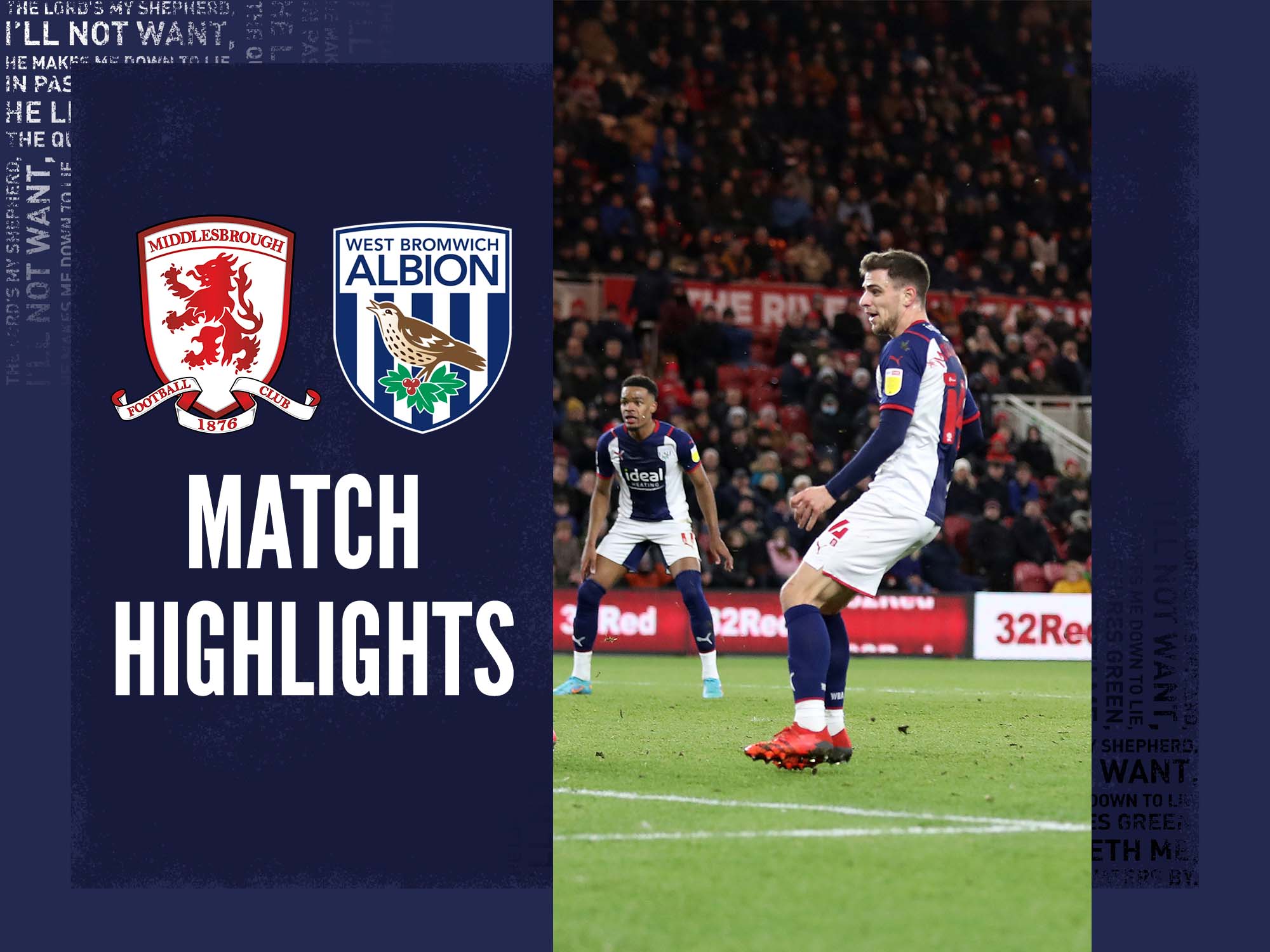 Watch free-to-view highlights from The Baggies' clash on Teesside.

Albion were beaten 2-1 by Middlesbrough at the Riverside Stadium on Tuesday night.

The Baggies took an advantage into the interval thanks to Jayson Molumby’s first goal in navy blue and white.

But second half efforts from Paddy McNair and Marcus Tavernier ensured the three Sky Bet Championship points would remain with Boro.

Dara O’Shea returned to the starting XI for the first time since August as Steve Bruce made two changes, bringing the Irish international and Grady Diangana into the line-up.

And it was Diangana who created the opening chance when he played Karlan Grant in down the left, but the Albion forward’s initial shot was blocked and his second flew wide.

Middlesbrough controlled much of the early possession yet only really tested Sam Johnstone once, the goalkeeper reacting quickly to keep Riley McGree’s low effort out.

Instead the Baggies managed to open the scoring - breaking their duck in the process - just before the half-hour mark. Andy Carroll span his man and saw a cross deflected out to the edge of the box, where Molumby was there to side-foot home.

They held their lead until the break before then coming out and searching for a second straight away, Joe Lumley getting across to stop Carroll’s ambitious volley a few minutes after half-time.

An hour in, though, Middlesbrough found an equaliser through McNair’s close-range finish.

And the hosts had a spell of dominance following their goal, which ended with Tavernier netting inside the box to turn the game around.

Callum Robinson, Rayhaan Tulloch and Darnell Furlong were brought on to try and salvage something for the Baggies, however Boro managed to withstand late pressure and earn the win in Teesside.