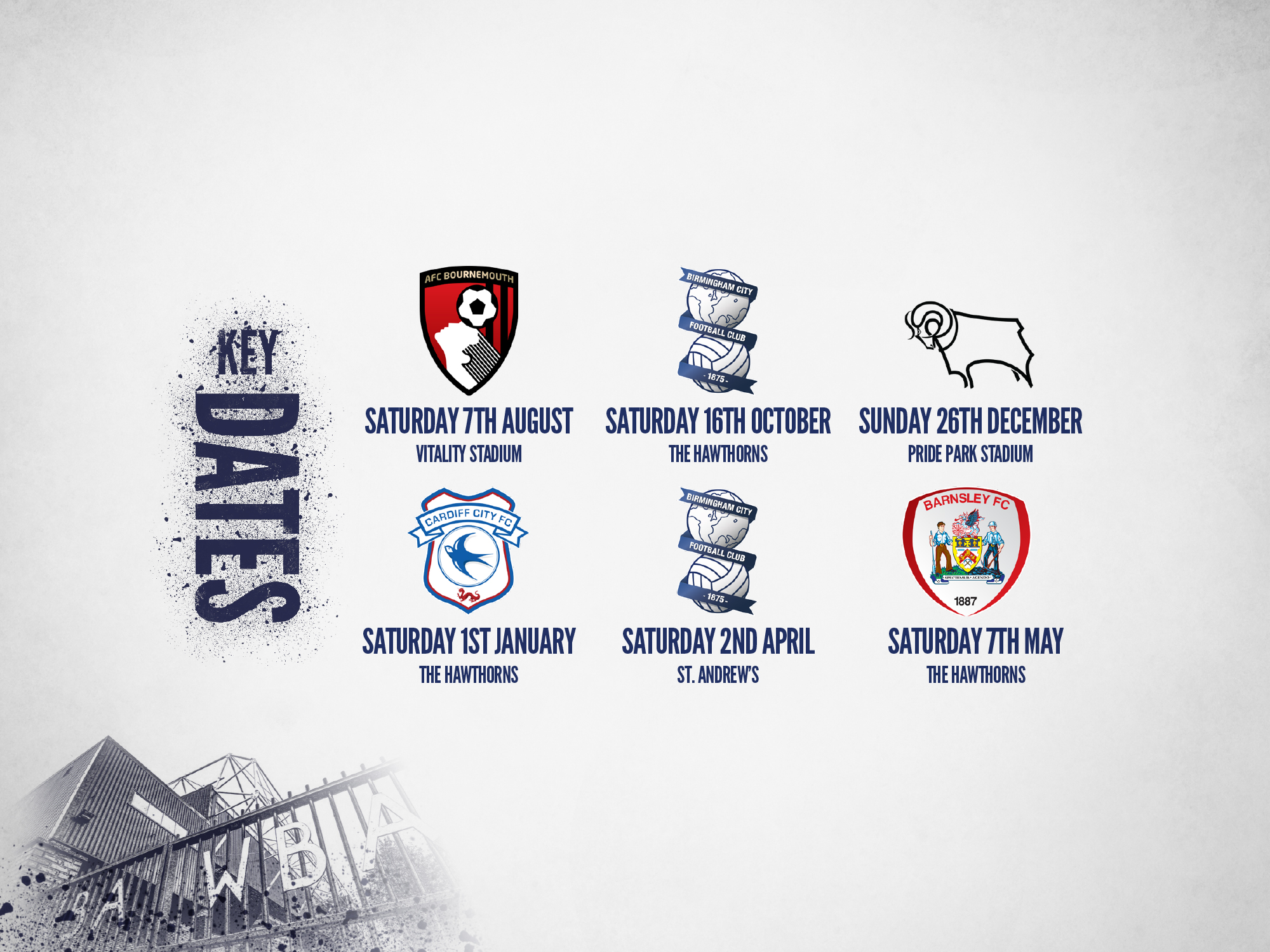 Following the release of the Sky Bet Championship fixture list for the 2021/22 season on Thursday morning, we've picked out some key dates for your calendar.

Albion will start their 2021/22 Championship campaign with a trip to AFC Bournemouth on Saturday, August 7.

The Baggies faced the Cherries during the 2017/18 season, winning 1-0 in the Black Country before being edged out 2-1 in the reverse game at the Vitality Stadium.

The Hawthorns will host the first West Midlands derby against Birmingham City on Saturday, October 16, while Albion will travel to St. Andrew's on Saturday, April 2.

The last home clash with the Blues was a 0-0 draw following the first national lockdown in June 2020. But the Baggies enjoyed a more memorable away day against their Midlands rivals in December 2019 - coming from behind to secure a 3-2 triumph at St. Andrew's.

The Baggies drew 1-1 in their last match at Pride Park, but recorded a 2-0 home victory during the Baggies’ 2019/20 promotion-winning campaign.

And Albion will round off the season on home soil against Barnsley on Saturday, May 7 - a fixture they twice drew during their last Sky Bet Championship campaign.

All fixtures are subject to change.