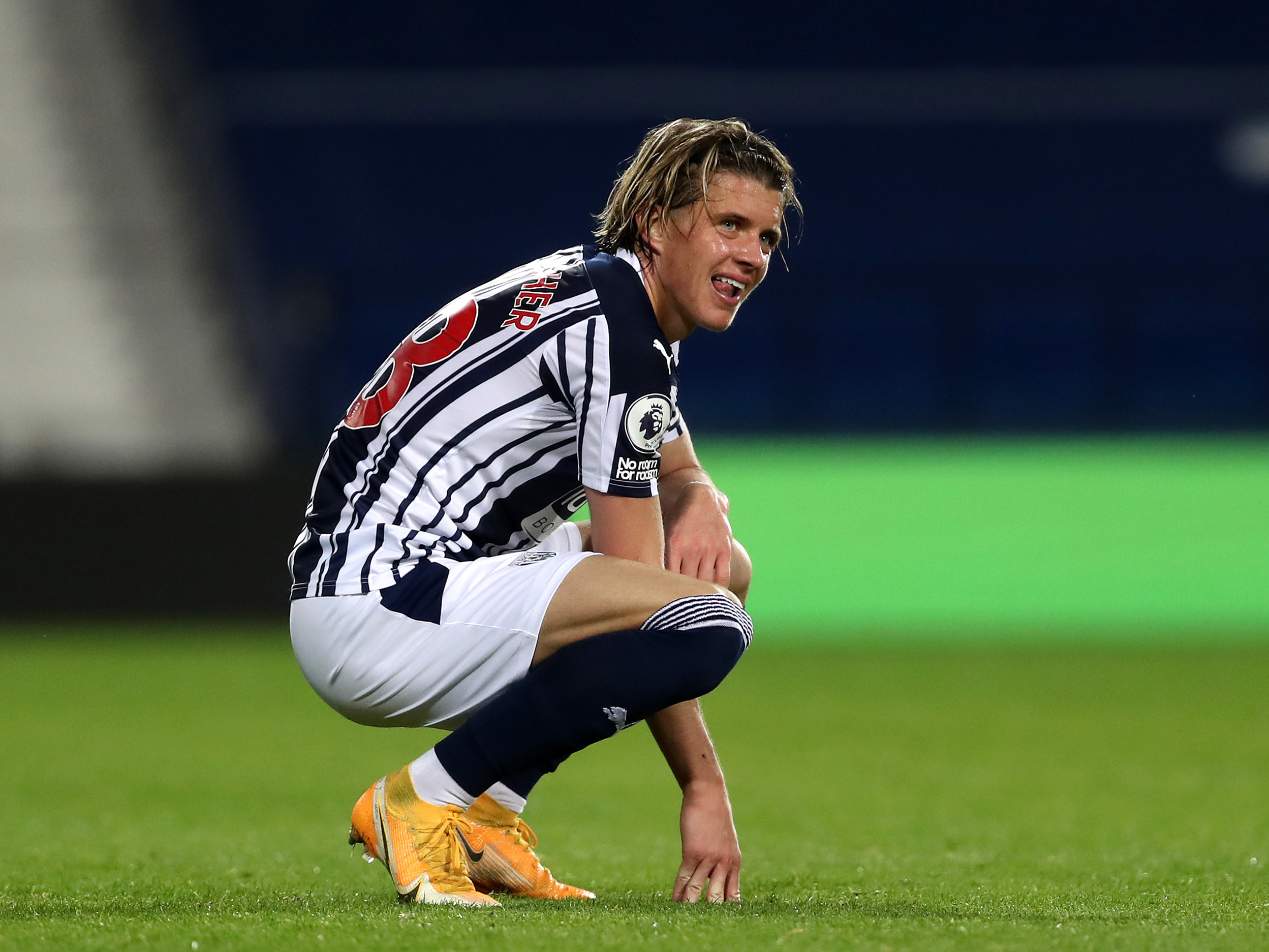 Conor Gallagher says he’s eagerly anticipating his next Albion appearance after delivering an eye-catching display on his Premier League debut.

The 20-year-old midfielder, who is spending the 2020/21 campaign on loan with the Baggies from Chelsea, was one of the stand-out performers in Monday evening’s goalless draw with Burnley at The Hawthorns.

Conor’s energetic, hard-working and composed style impressed Slaven Bilić, his team-mates and the Albion supporters, with praise pouring in across social media for his showing against the Clarets.

And Gallagher described the feeling of playing in England’s elite division as an “amazing” one, but also expressed his determination to push on and nail down a regular spot in Slaven’s starting XI.

“It was an amazing feeling to make my Premier League debut,” said Conor.

“It’s been a dream of mine to play in the Premier League. To do it with Albion was amazing too.

“I was happy with my performance. To put in a good performance was very pleasing.

“We would have all liked to get three points and I was disappointed that we didn’t.

“There’s obviously room for improvement which I’m confident will happen.

“All the boys and the boss were very pleased for me. They all congratulated me before and after the game.

“They’ve been great for me. To get a lot of nice messages after the game was great as well. I had so many text and WhatsApp messages. I’ve got a lot of friends and family back home who are always supporting me. It’s always nice when you get a message from them.

“This season I want to play as many games as possible for Albion. I feel like I can help Albion a lot.

“I feel I can improve a lot here too. I’m really excited. I’ve had my first game but I’m already looking forward to the next one.

“It’s time to push on, improve and prove myself to everyone even more so.”

Gallagher could be handed his second consecutive Premier League start at Brighton and Hove Albion on Monday evening (ko 5.30pm).

The youngster believes his side were unfortunate not to pick up three points against Burnley and is confident Albion’s first league victory is just around the corner.

“Brighton will be a tough game. Every game in the Premier League is tough.

“It’s certainly one we will be ready for.

“I’m expecting the game to different to the Burnley one. The ball was in the air for most of the Burnley game but I think it’ll be on the floor a lot more at Brighton.

“I think we are a team who can vary our game so I’m confident we will be well prepared.

“I think our first three points of the season is edging nearer.

“There’s a few new signings and it might take a little bit of time for the team to gel, but we can take plenty of confidence from our last game against Burnley.

“We could have come away with all three points. I definitely feel like the first win is coming.”