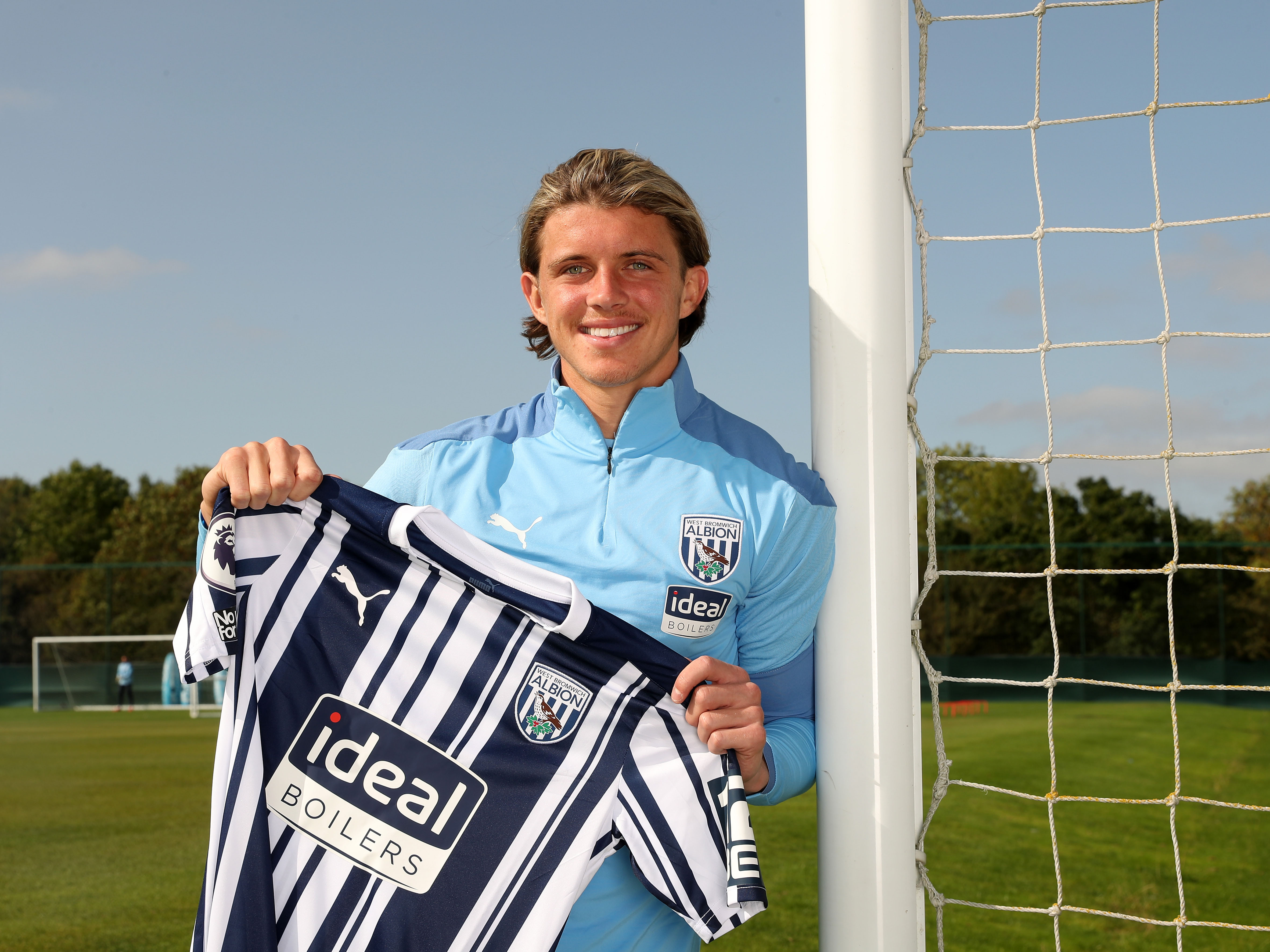 Chelsea loanee Conor Gallagher joined the Baggies on a season-long loan to provide a different option for Slaven Bilić during Albion’s return to the Premier League.

The midfielder signed in mid-September and since graduating from the youth ranks at Stamford Bridge in 2019, has been granted English Football League experience at two different clubs in his first year of senior football during the last campaign.

The Baggies came up against the 20-year-old on three occasions during the 2019/20 campaign; two fiercely-contested fixtures during his first mid-year loan at Charlton Athletic before lining up against Albion in South Wales where he spent the remainder of the season at promotion-chasing Swansea City.

He enjoyed a prosperous first year competing in League football and was heavily involved, making a total of 47 appearances - including two in the Championship Play-Off matches - and proving to be an influential asset going forward, netting six goals and tallying 11 assists over both loan moves.

Gallagher may not have made his mark in the first-team picture at Chelsea but the youngster has won silverware with the Blues, claiming a 2019 Europa League winner’s medal as an unused substitute and is clearly well thought of in the capital.

A box-to-box midfielder, Gallagher won the club’s Academy Player of the Year award for the 2018/19 season and has represented the England national side at various youth levels - from U17, U18, U19, U20 up to the U21s.