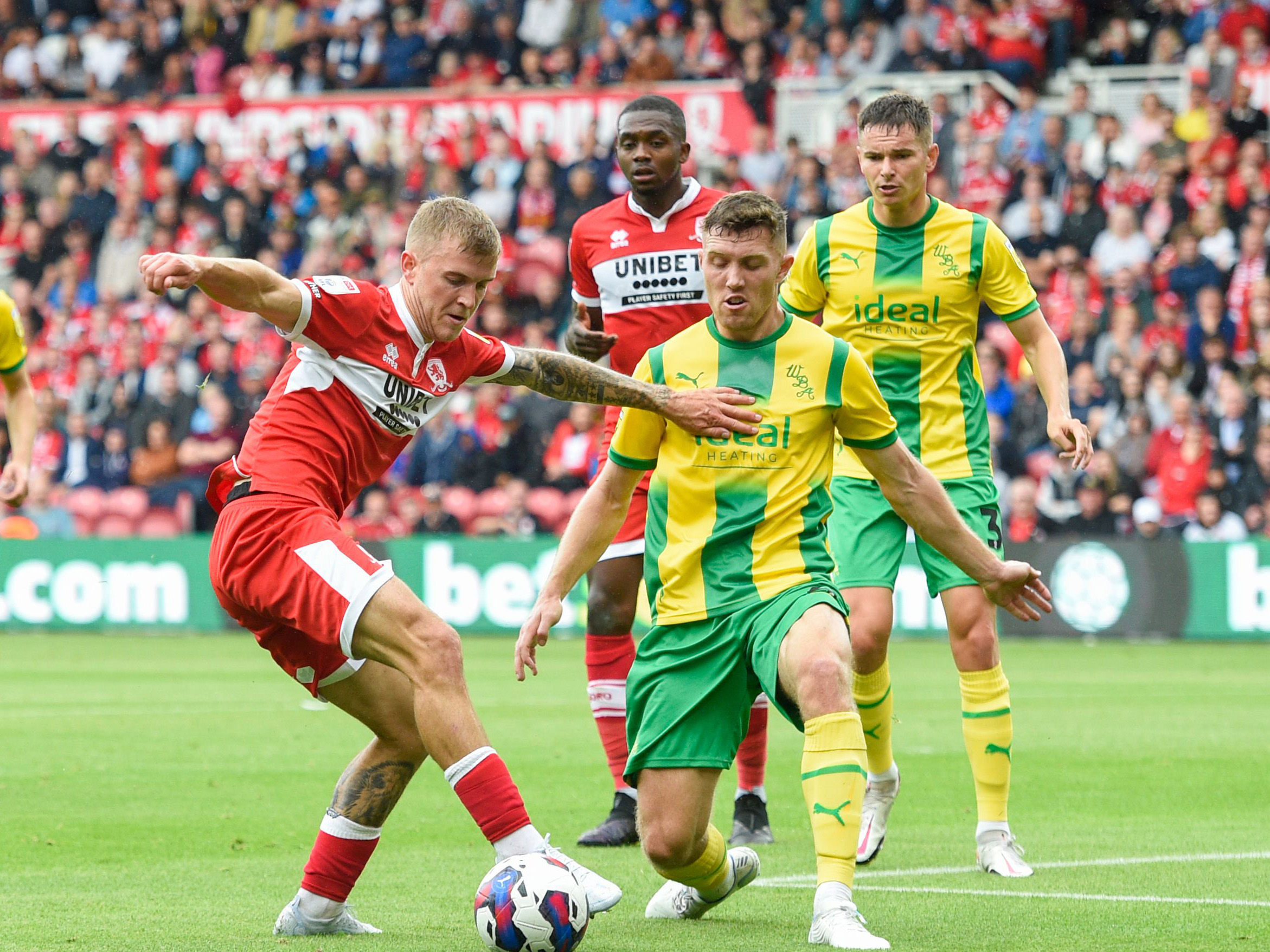 Albion kicked off the 2022/23 Sky Bet Championship campaign with a 1-1 draw against Middlesbrough on Saturday evening.

John Swift notched the Baggies’ equaliser up at the Riverside after Boro wing-back Isaiah Jones opened up the scoring early in the game.

We’ve highlighted some of the things we noticed in particular on the first day of the season.

The full match highlights from our opening day draw at @Boro are available now! 🎥

New signings John Swift and Jed Wallace made their first competitive appearances for Albion up at Middlesbrough, and both impressed on Teesside.

The duo combined brilliantly for the Baggies' equaliser early in the second half, with Wallace racing away down the right before intelligently picking out Swift who had held his run to create space for himself around the penalty spot.

It's clear to see already Swift and Wallace, labelled 'Swallace' by some supporters on social media, have a brilliant understanding which, hopefully, should only get better and better as the season progresses.

Wallace almost scored early on with an audacious effort from over 30 yards, while Swift could've had a second shortly after notching his first goal, only for Boro stopper Zack Steffen to make a brave save.

Both look incredibly comfortable in possession of the ball and appear to have clear and concise ideas about how best to use it in specific situations and areas of the pitch.

Warriors at the back

Dara O'Shea and Semi Ajayi were Steve Bruce's centre-half picks for the first game of the season, with Irishman O'Shea starting on the left of the two and Ajayi starting to his right.

Middlesbrough were on top in the first 45 minutes, but after the break the Baggies grabbed a much tighter grip of the game.

Some of that was down to the duo winning the ball back on several occasions when the hosts were looking to put together attacks and playing it forward through the lines.

An example of this was Albion's equaliser, which started with Ajayi dispossessing Duncan Watmore by the corner flag before delivering an early ball forward to Karlan Grant. The Baggies picked up the loose ball in midfield and broke down the right, a move which culminated in Swift slotting in from inside the box.

O'Shea and Ajayi were particularly impressive in the second period, winning headers in the air and challenges on the floor, while also making several brave blocks in dangerous areas.

O'Shea took a whack to the face at one point, an altercation which left him with a split lip and in need of medical attention. Bodies on the line, springs to mind.

Two of the standout performers from the opening day, performances which resulted in plenty of praise from supporters online.

Impact from the bench

Steve Bruce introduced both Grady Diangana and Daryl Dike to the action from the substitutes bench during the second half at the Riverside.

Diangana came on in the 68th minute, with Dike following the winger onto the pitch ten minutes later.

Both looked bright and full of energy, and on another day, may have both won the game for the Albion.

Diangana was a whisker away from connecting with a loose ball on the edge of the six-yard box, while Dike hit the side-netting after bustling a Boro defender off the ball with ease.

It was the USA international's first competitive appearance for the Baggies since the end of January, and just third in total overall. Albion fans will have been delighted to see him back involved after a frustrating period owing to injury. The 22-year-old will have his sights firmly set on making a big impression in the next few games.

The Baggies' new green and yellow away shirt was on show for the very first time at the Riverside Stadium.

The kit honours iconic centre forward Cyrille Regis and is emblazoned with inspirational quotes from the man himself, his autograph and the Cyrille Regis Legacy Trust logo.

Clearly, we're biased, but the club's new threads certainly sparkled on Saturday evening. Around 1,500 Albion fans made the long trip north to watch their beloved Baggies on the opening weekend, and we spotted several green and yellow shirts in the away end.