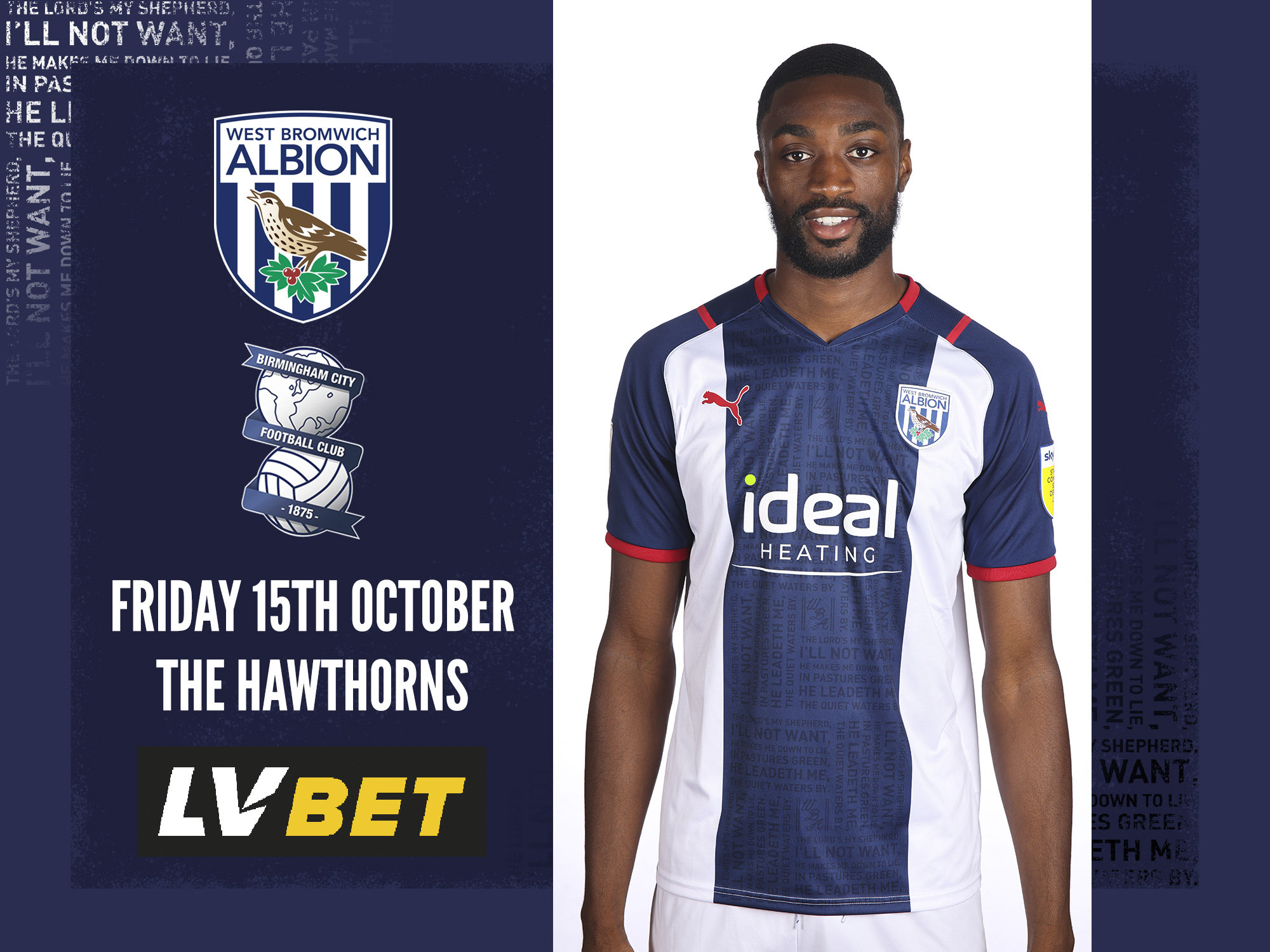 Albion suffered just their first league defeat of the season in the last match before the international break, losing by a single goal to nil up the M6 at Stoke City.

The 1-0 reverse at the bet365 Stadium ended the Baggies’ club-record run of 10 games unbeaten at the start of the league season, and Valérien Ismaël’s men will be keen to get back on track this weekend.

Opponents Birmingham, managed by Lee Bowyer, sit 16th in the division ahead of their trip to The Hawthorns. The Blues made a positive start to the season, but have recorded just one win in their last seven games and were beaten 3-0 at home by Nottingham Forest two weeks ago.

Friday’s visitors will have their sights set on delivering a performance similar to the ones they produced in their opening two away matches of the campaign, winning 1-0 at Sheffield United and then 5-0 at Luton.

You can follow the action live on WBA TV Matchday. Baggies-biased commentary will be available from Gez Mulholland and Andy Johnson on WBA Radio throughout the night.

If you have a seasonal or monthly subscription you can log in here https://www.wba.co.uk/video/live to listen from 7.45pm.

If you don’t have a subscription you can purchase a Match Pass for just £2.50 here https://www.wba.co.uk/video/packages.

A full match replay will be available to subscribers from Saturday.

Birmingham arrive in B71 hoping for a change of fortunes following a challenging run of fixtures and results.

The Blues have just one win to their name in the last seven matches, but Lee Bowyer will be confident his team can turn the tide having already recorded some impressive results in the first couple of months of the season.

Friday’s guests won at Bramall Lane on the opening day and then hit Luton for five on the road, proving they’re capable of taking points off promotion candidates and also putting teams to the sword.

Lee Bowyer, who was part of the Birmingham team which won the Carling Cup at Wembley Stadium in 2010, was appointed manager at his former stomping ground in March 2021 having previously worked at Charlton. The 44-year-old has won nine and lost nine of his 23 matches in charge, drawing the other five.

Blues will be hoping to finish higher up the division than in previous years. In all of the last five seasons Birmingham have ended up 17th or lower after 46 matches, and the supporters will want to enjoy a less stressful term this time.

Albion secured three Premier League points with a 3-1 win against Blues in September 2010.

The visitors went ahead through Cameron Jerome, but the Baggies hit back through a Scott Dann own goal, a Peter Odemwingie strike and a Jonas Olsson header.

Albion have scored exactly three goals in four of the last seven meetings with Birmingham City.

The Baggies won 3-2 at St. Andrew's in December 2019 and again by the same scoreline at The Hawthorns nine months previous in March.

Second-half strikes from Youssouf Mulumbu, James Morrison and Paul Scharner secured a 3-1 win in Small Heath in March 2011, and earlier that season, Albion claimed a 3-1 victory on home soil thanks to a Scott Dann own goal, a smart Peter Odemwingie finish and Jonas Olsson's towering header.

The in-form attacker discusses finding his touch in front of goal, wanting to continue it against Blues and how boss Valérien Ismaël has instilled a "confidence" which will help the Baggies bounce back from setbacks this term.

Programmes will be on sale at several stalls in and around The Hawthorns. Alternatively, you can buy a copy online, or have each edition of the 2021/22 season delivered to your door for matchday by purchasing a subscription here.

The middle gates at the back of the Smethwick End will close at the earlier time of 7.30pm on Friday night.

The Baggies are 4/7 to beat Birmingham City and to get better odds we have special bet of 7/5 for Albion to win and over 2.5 goals in the match.

After his superb performance on international duty, the man in form for Albion is Callum Robinson who is 24/5 to score first against Birmingham City.