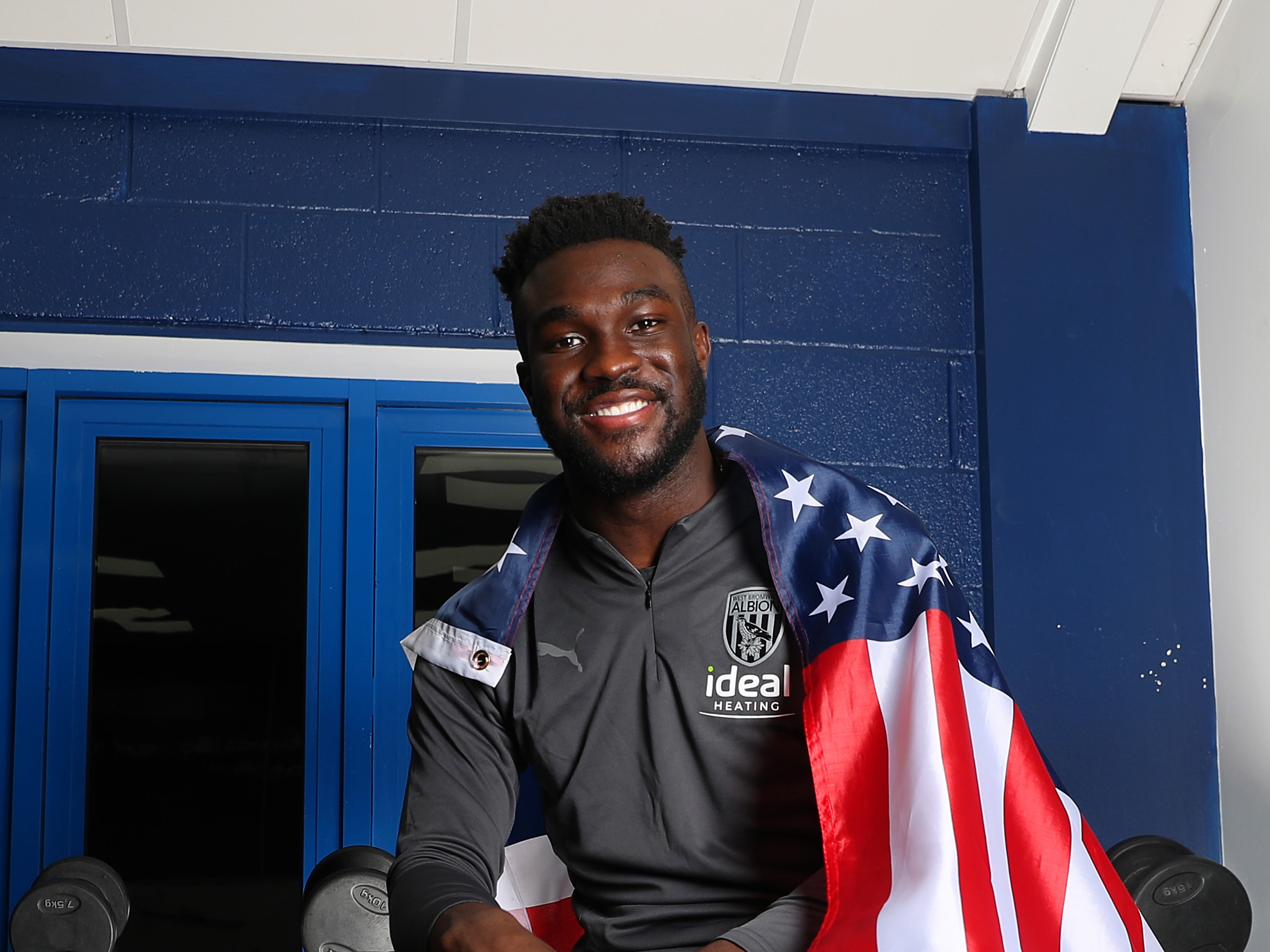 Give a big Baggies welcome to our new forward, United States of America international Daryl Dike.

The 21-year-old striker has joined us on a permanent deal which runs until the summer of 2026, but how much do you know about Daryl?

1. The six foot two 21-year-old was born on June 3 2000 in Edmond, Oklahoma. He’s the youngest of five siblings and attended Edmond North High School as a child.

3. The forward’s older sister, Courtney, also represented Nigeria on the international stage at the FIFA U20 Women’s World Cup in Canada in 2014. Courtney scored the fastest goal in the history of the tournament, netting after just 18 seconds against Korea DPR in the semi-final. Nigeria would go on to reach the final, narrowly losing 1-0 AET to Germany.

4. Daryl played college football for the University of Virginia and was selected in the opening round of the 2020 MLS Superdraft by Orlando City SC. He was the fifth player to be picked.

5. He made his professional debut for Orlando on July 25 2020 against Montreal Impact. He scored his first goal for the club on August 22 against Inter Miami, before backing that up four days later with his first career brace in a 3-1 victory over Nashville SC. With two assists and three goals to his name, Dike was named the MLS Player of the Month for August.

6. The powerful striker made his international debut for the United States on January 31 2021 in a 7-0 friendly win over Trinidad and Tobago, coming on in the 65th minute. A day later, he joined Barnsley, then managed by Valérien Ismaël, on loan until the end of the season.

7. Dike scored nine goals in 19 Sky Bet Championship matches for the Tykes, bagging braces against Wycombe and Luton away from home.

8. Daryl scored his first international goal in a 4-0 win against Costa Rica in an international friendly in June 2021. He went on to represent USA in the CONCACAF Gold Cup that summer, a tournament which was held in the States. He made five appearances in the competition, scoring twice against Martinique, as his nation claimed the trophy thanks to a 1-0 win over rivals Mexico AET in the final.

10. Dike heads to The Hawthorns having netted in each of his last five appearances for Orlando. He scored in games against New England Revolution, Columbus Crew, Nashville, Montreal Impact and Nashville once more. Daryl bagged eight goals in his last ten matches with Orlando before jetting over to England.