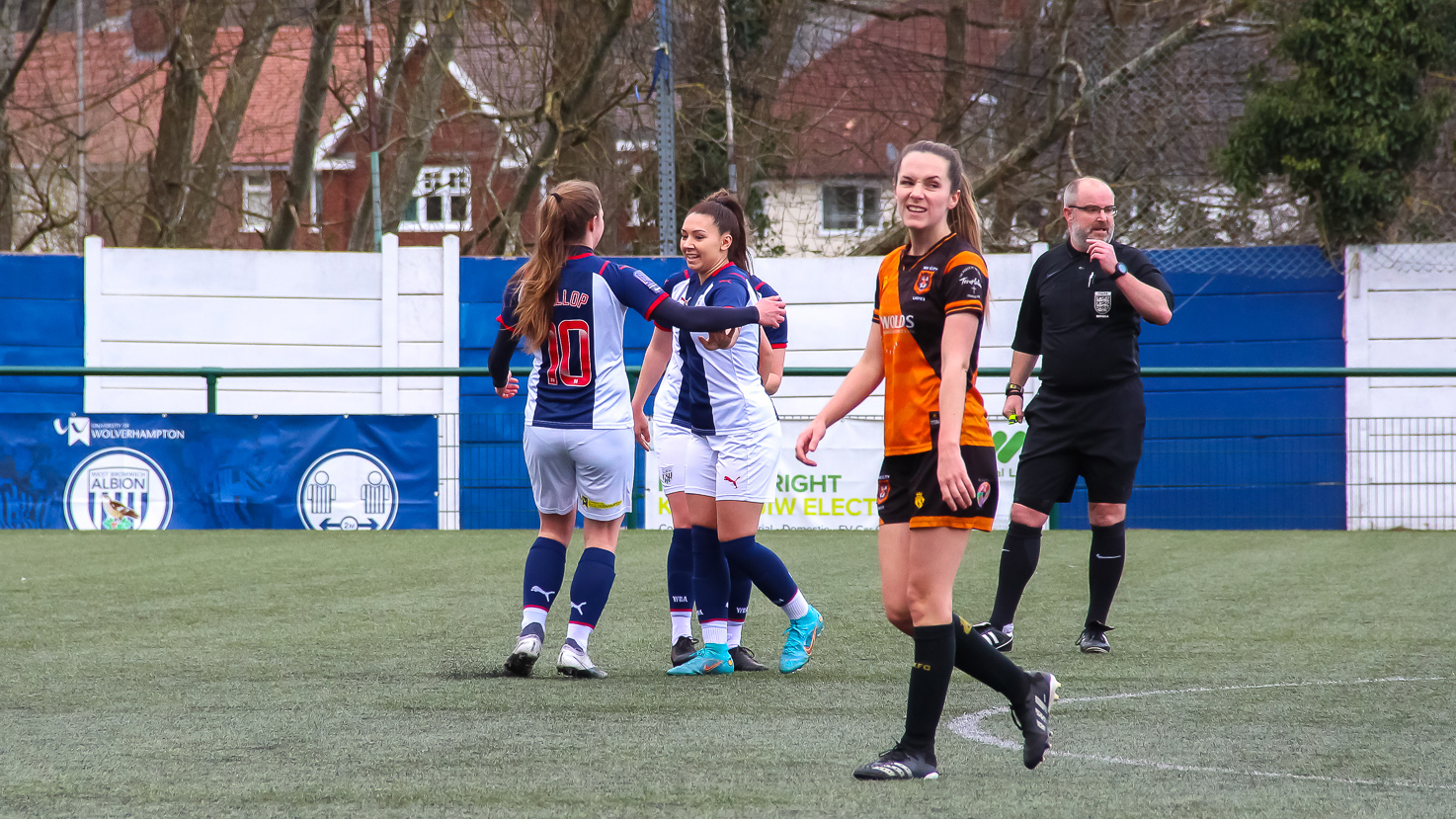 Shannon Stamps bagged a brace, while there were also goals for Hayley Crackle and Leigh Dugmore on a day where skipper Hannah George made her 100th appearance for the club.

It was the visitors who made a flying start though at Coles Lane, home of Sutton Coldfield Town Football Club, going ahead after just 10 minutes.

However, the Baggies drew level just eight minutes later when Stamps raced through to meet a Dugmore pass before finishing in style.

Albion edged in front on the half-hour mark when Crackle marked her home debut with a goal having being picked out at the back post by George.

But the Tigers responded instantly and made it 2-2 straight from the restart, capitalising on hesitant defending.

Moments later, the hosts retook the lead. George produced impressive work down the left and crossed into the centre for Dugmore to fire a header beyond the Hull ‘keeper.

The away side almost pulled it back to 3-3 early in the second 45. Firstly, goalkeeper Poppy Bastock pulled off a stunning save to keep the visitors out before the Baggies had the bar to thank from the resulting corner.

Albion then went close twice through Stamps and George, but Jenny Sugarman’s side did manage to get their fourth goal of the afternoon late on when Stamps curled home a beauty from outside the area.