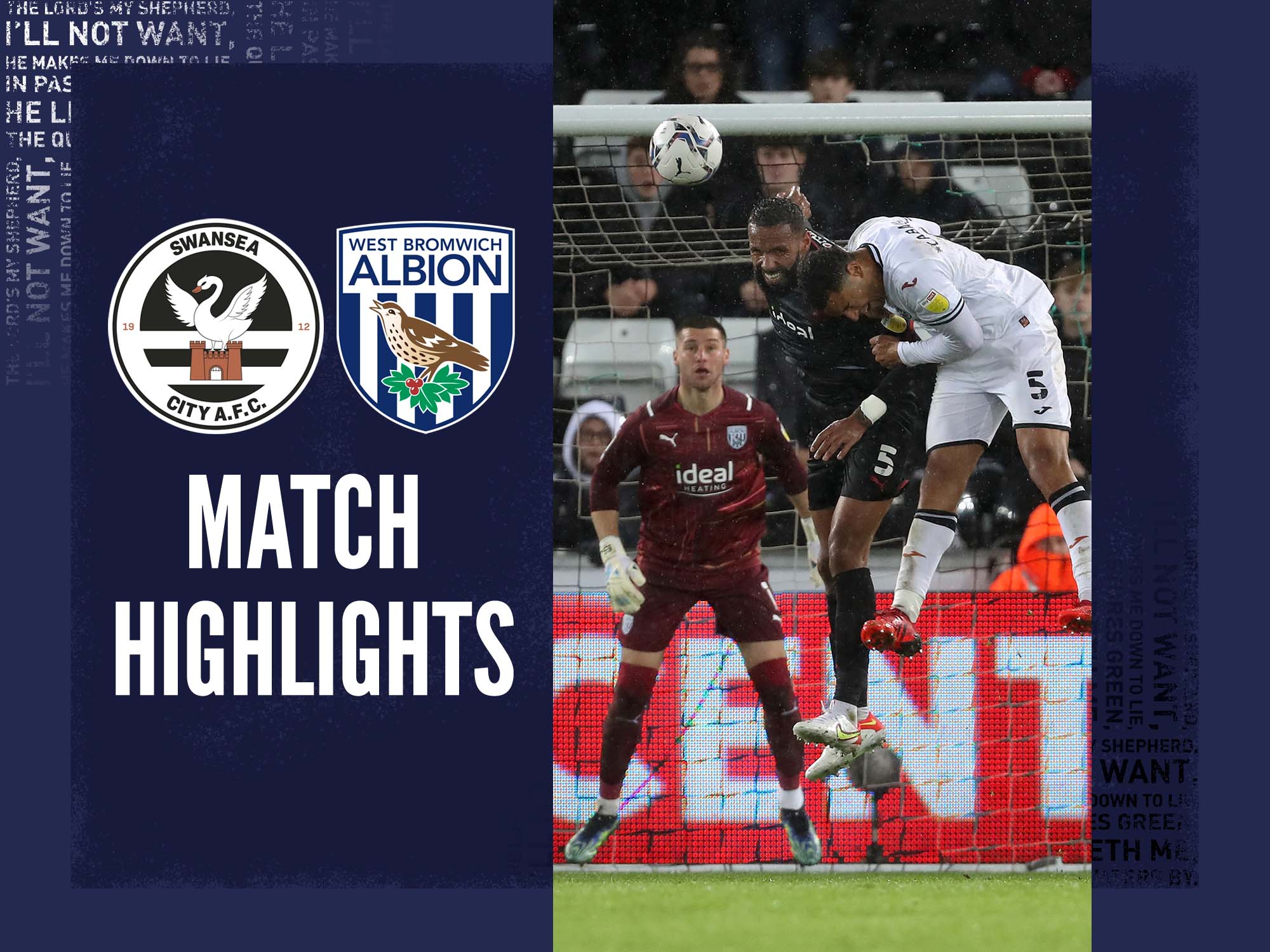 Watch free-to-view highlights of the Baggies' trip to Swansea City.

Albion suffered their second defeat of the season in the Sky Bet Championship against Swansea City on Wednesday night.

The Baggies took the lead through in-form forward Karlan Grant’s sixth goal of the season in the first minute of the game. But the hosts produced a rejuvenated display to turn the game around after the break.

Valérien Ismaël made one enforced change to his starting XI with Jayson Molumby replacing Alex Mowatt who missed out with an ongoing foot injury.

And Albion got off to another flying start in South Wales, scoring after 52 seconds when their high line won them the ball inside Swansea's box, before Callum Robinson cleverly slid the ball across the box for Grant to slam under Ben Hamer - his fifth goal in as many games and sixth of the campaign.

Captain Jake Livermore set the tone for Valérien Ismaël’s men, pouncing on a misplaced  Swansea pass to begin a fast-paced move which saw Matt Phillips find Callum Robinson who found Grant with the in-form striker on hand to coolly finish from eight yards out.

The skipper had a chance to double the lead on 17 minutes but was unable to get over a right-foot half-volley and flashed over from eight yards.

Chances were few and far between for much of the first half but it was the Baggies who carved out another 10 minutes before the break, with Phillips stinging the gloves of Ben Hamer from 15 yards, following a driving run into the City penalty area.

The Baggies started the second half brightly and almost made it 2-0 when Matt Clarke headed just wide of the near post from Darnell Furlong’s right-wing cross.

Livermore went closer still two minutes later, forcing a good save from Hamer with a driven right-foot strike from 25 yards.

Swansea created their first clear-cut chance of the game on 53 minutes. Paterson found Olivier Ntcham with a lofted, diagonal pass but the half-time substitute blasted wide of the back post.

The hosts were level on the hour mark with Piroe breaking free behind the Baggies back four before finding a clinical finish to fire past Sam Johnstone.

Swans stopper Hamer pulled off a stunning save to push Phillips’ fierce 30-yard effort onto the bar and over with 20 minutes to go.

But Albion were made to rue their opponents' second-half dominance when Darnell Furlong’s short back-pass to Semi Ajayi was pounced on by Paterson, who burst forward before poking the ball through Kyle Bartley’s legs and firing under Johnstone to wrap up the points for City.