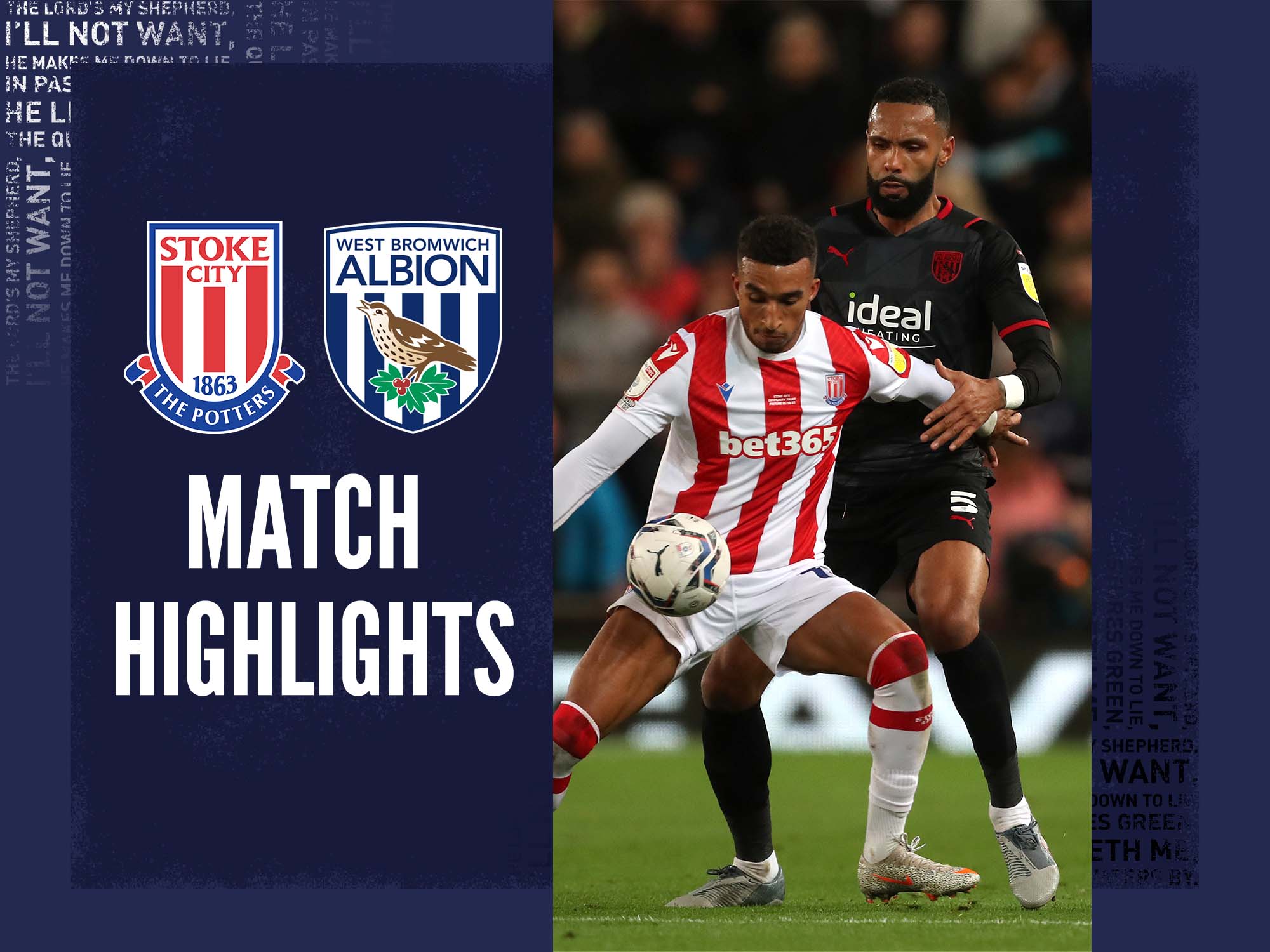 Watch free-to-view highlights of the Baggies' clash with Stoke.

Albion’s unbeaten run in the Sky Bet Championship came to an end after they were edged out by Stoke City on Friday evening.

Sam Johnstone pulled off a string of fine saves for the visitors during the game – including saving Sam Surridge’s 70th-minute penalty.

But he couldn’t prevent Nick Powell from striking in the closing stages for the hosts, as Valérien Ismaël’s men left the bet365 Stadium empty-handed.

The unchanged Baggies started brightly in the Potteries and Callum Robinson had the first opportunity of the game when he struck just over from 25 yards inside three minutes.

But the Baggies’ positive opening was almost cut short on 10 minutes as Jacob Brown struck the post from a throughball before Joe Allen smashed a right-foot volley just wide from outside the area.

Sam Johnstone was forced to dart off his line on 16 to smother a Josh Tymon effort after the Stoke winger got on the end of a defence-splitting pass.

The home side were up in arms five minutes before the interval when Darnell Furlong’s header into his own net was ruled out for an earlier foul by Mario Vrančić on Robinson – but replays confirmed referee Tim Robinson got it spot on.

Michael O’Neill’s men went close again five minutes after the break but Johnstone made a stunning, finger-tip save to push a 25-yard Vrančić free-kick onto the crossbar.

The Albion No.1 was perfectly-positioned to pull off another fine save on 66 – but in truth, Sam Surridge should converted a low left-wing cross from close range.

The Baggies went close themselves two minutes later with Livermore flashing just wide of the right poster after a brief six-yard-box scramble.

And the hosts were awarded a controversial penalty on 70 when Johnstone was adjudged to have fouled Surridge inside the area.

But Johnstone’s impressive night continued when he parried the resulting spot-kick from Surridge.

But even Johnstone, who was in fine form all evening, could not prevent the hosts taking all three points away from the game.

A long ball over the top was read and pounced on by Powell, who carefully lobbed the onrushing Johnstone to condemn the Baggies to their first league defeat of the campaign.