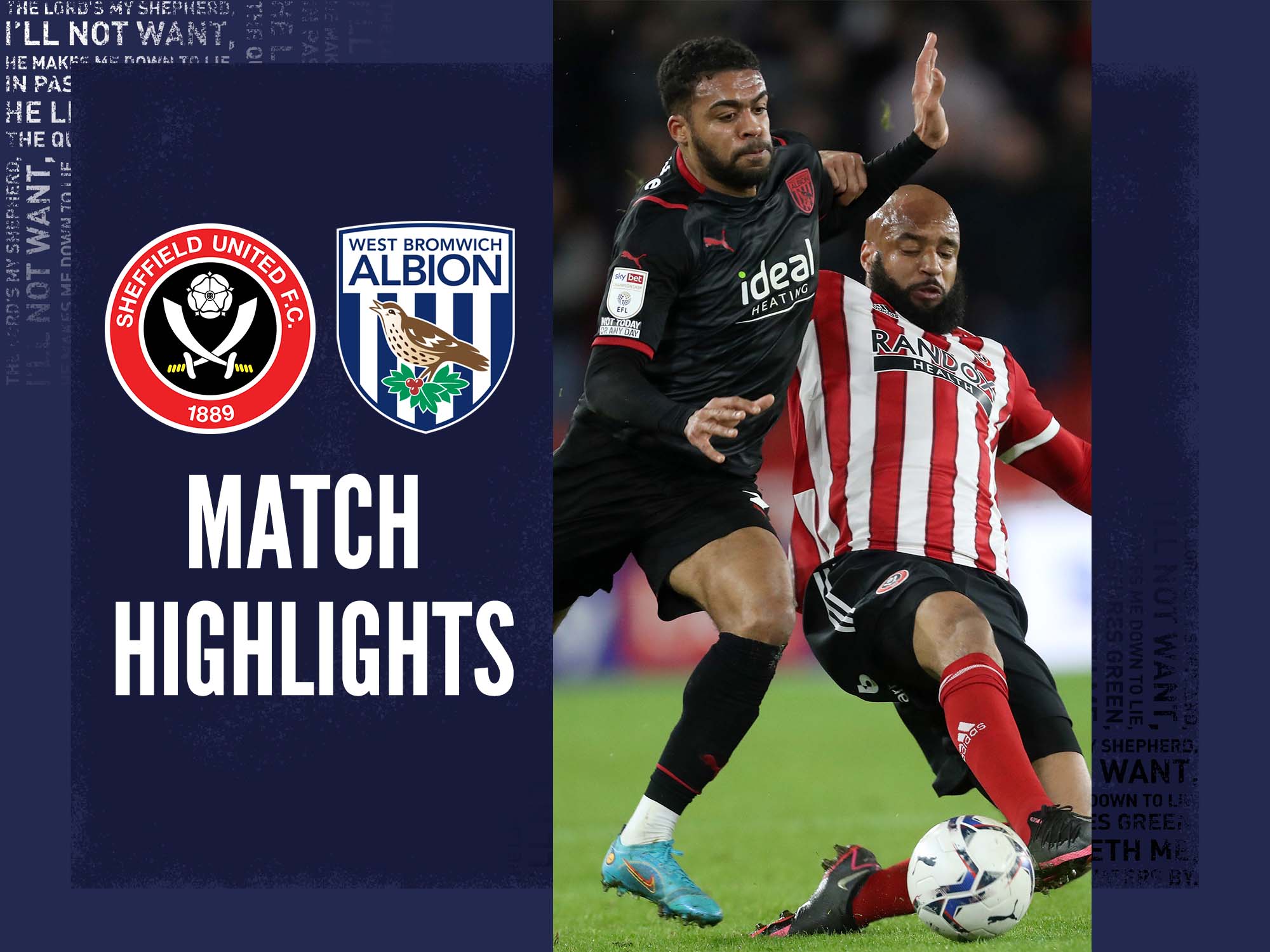 Watch free-to-view highlights of the Baggies' clash with the Blades.

Albion were beaten 2-0 by Sheffield United at Bramall Lane on Wednesday night.

Billy Sharp efforts either side of half-time settled the Sky Bet Championship clash in Steve Bruce's first match as Manager.

The Baggies were forced to play the whole second period with 10 men following Jake Livermore's red card shortly before the break.

Albion are next in action on Monday when they face Blackburn Rovers at The Hawthorns.

Bruce brought four players into his first starting XI as Sam Johnstone, Semi Ajayi, Adam Reach and Grady Diangana all featured from the beginning. Bruce was without Kyle Bartley (illness) and Matty Phillips (foot injury) for the trip to South Yorkshire.

And it was Albion who made the stronger start, pressing well to create chances for Reach, Livermore and Karlan Grant - but failing to take advantage of their early pressure.

Against the run of the play Sheffield United took the lead, though, when Sharp’s deflected shot wrong-footed Johnstone to make it 1-0.

Diangana had a huge chance to equalise almost instantly, however he couldn’t get his finish away after Reach played him through on goal and the Blades defenders scrambled the ball away.

The Baggies had Johnstone to thank on the half-hour mark, the shot-stopper bravely denying Sharp from close-range, before Livermore forced Wes Foderingham into action with a volley.

Five minutes ahead of the break Albion were reduced to 10-men, referee Leigh Doughty showing Livermore a red card for a challenge on Conor Hourihane - forcing the visitors to sit in see out the remainder of the half.

Bruce substituted Jayson Molumby on at the interval and the visitors had a good initial spell of corners and free-kicks at the start of the second period.

But they remained in the game with an hour on the clock due to two world class saves from Johnstone, first pushing Jayden Bogle’s shot past the post and then, somehow, denying Iliman Ndiaye when he was one-on-one.

Albion began to go in search of an equaliser as the game entered its final stages, yet it was United who managed to net the all-important second goal as Sharp curled home 10 minutes from time.

A late positive for the Baggies was the return of Dara O’Shea, the defender making his long-awaited comeback after recovering from an ankle break last September.