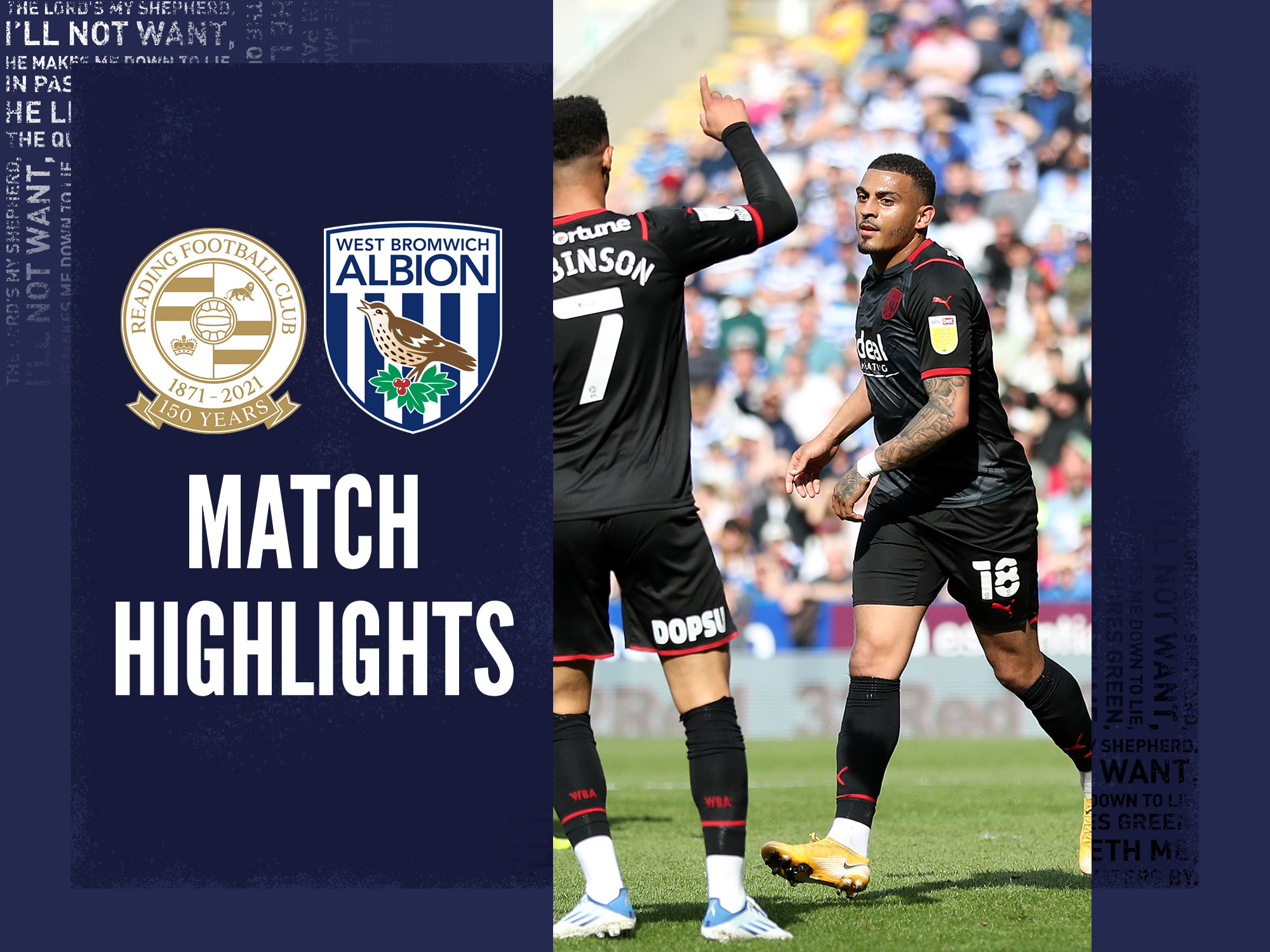 Watch free-to-view highlights of the Baggies' successful final away game of the campaign.

Karlan Grant’s 16th league goal of the season was enough to earn all three points for the away side.

The result, in the penultimate game of the season, lifted Albion to 10th - with Barnsley awaiting Steve Bruce's side on the final day of the campaign.

Matt Phillips was brought into the XI for his 200th Albion appearance as Bruce made both personnel and tactical changes at the Select Car Leading Stadium.

The boss switched to a 4-4-2 formation and named Kyle Bartley, Grady Diangana and Phillips in place of Matt Clarke, Taylor Gardner-Hickman and Andy Carroll from last weekend’s draw against Coventry.

The Baggies almost opened the scoring inside 16 minutes when Semi Ajayi met Adam Reach’s cross, but his header came crashing back off the post.

On the half-hour mark Reading then went close themselves - Lucas Joao nodding a corner narrowly wide in front of the 2,000 travelling Albion supporters.

It was goalless at half-time, though, with neither side doing much to trouble the goalkeepers other than a few long-range shots.

Zac Ashworth came on for his league debut at the break, however the beginning of the second period was disrupted by a Reading injury.

After controlling the game for long spells Albion did finally manage to find their goal 12 minutes from time. Substitute Callum Robinson fed the ball to Grant, and the Baggies’ top scorer evaded a few defenders before finishing confidently into the bottom corner.

Youngster Quevin Castro was given the final 10 minutes by Bruce – and the visitors would have extended their lead had Orjan Nyland not saved two Robinson efforts late on.