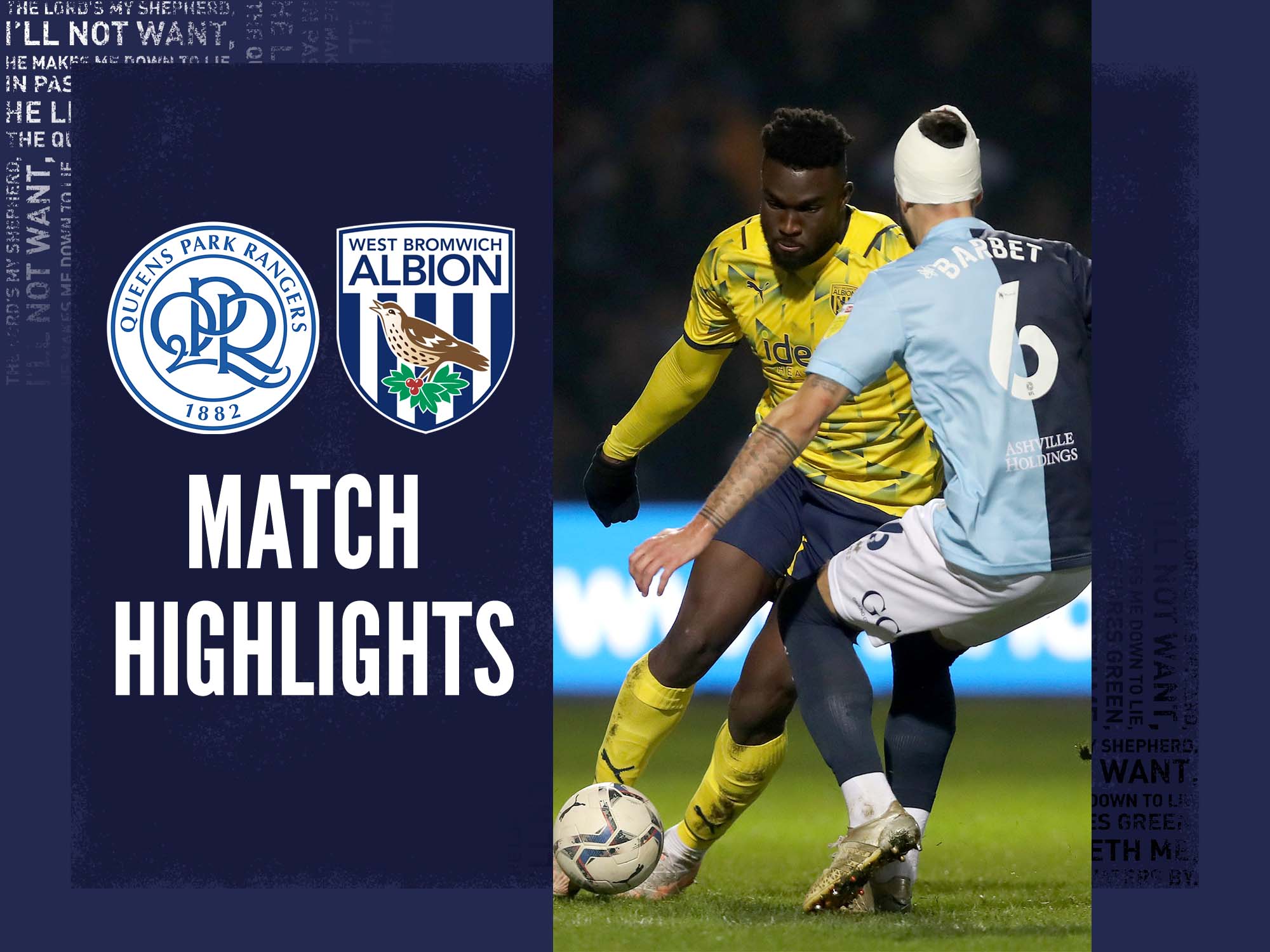 Watch free-to-view highlights of Albion's first away game of 2022.

Albion were defeated late on by Queens Park Rangers at the Kiyan Prince Foundation Stadium on Saturday afternoon.

Both sides created more chances after a cagey first 45, but it was Hoops substitute Charlie Austin who netted a late header to give the home side all three points.

Space for shots was at a premium in the opening stages for both teams, as disciplined approaches restricted any room for chances.

Although, the Baggies did enjoy a lot of freedom down the left wing as a result of their intense pressing and quick passing exchanges.

Karlan Grant, Callum Robinson and Jayson Molumby saw shots roll either wide or into Rs stopper David Marshall's grasp during the first 45, but Albion’s best opportunity to grab a goal fell at the feet of Adam Reach.

A cleared corner kick fell invitingly into his path but he was unable to show his long-range expertise on the volley, with an onrushing QPR defender deflecting the resulting strike away from danger.

It was Rangers, however, who had the best opportunity of the half moments before the referee’s whistle as David Button palmed former Albion loanee Stefan Johansen’s rasping effort away from goal to keep the game level at the interval.

The hosts, clearly rejuvenated from their chance at the end of the half, began the second 45 with intensity and would’ve been ahead when Andre Gray smashed the ball past Button, only for referee Simon Hooper to rule it out for a foul on Molumby earlier in the move.

Albion's No.25 was called into action regularly, claiming several crosses and punching a goal-bound Chris Willock effort wide. But Albion weathered the early storm and the introduction of January signing Daryl Dike added new impetus to the away side’s attacking play.

He showed pace and power - to the delight of the travelling faithful - but it was leading goalscorer Grant who nearly squeezed Valérien Ismaël’s men ahead when his deflected cross beat Marshall in goal, but rolled agonisingly along the goal-line and out for a corner.

Robinson curled a free-kick inches over the crossbar as the Baggies went in search of a late goal, but it was the home side who took advantage courtesy of Austin’s back-post header in the final minutes of regular time to earn Rangers the points.