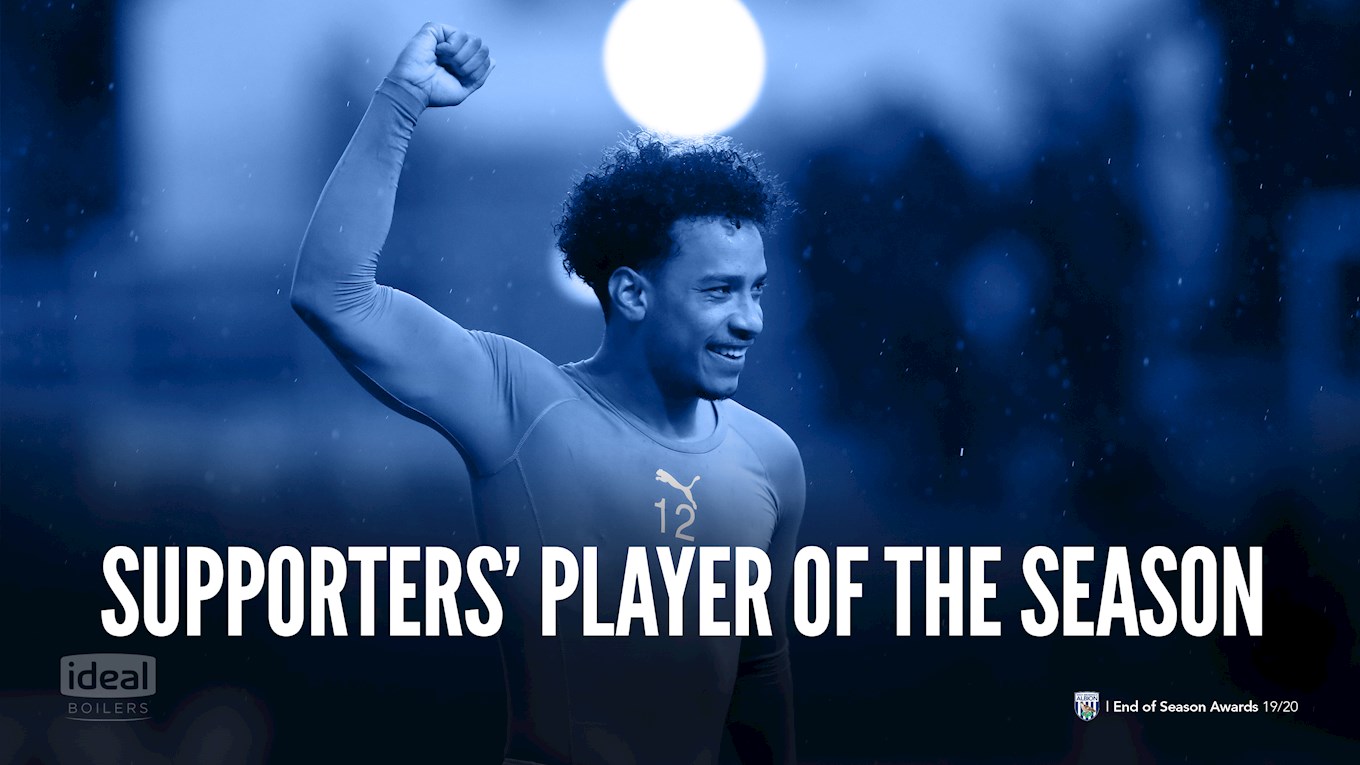 Matheus Pereira has been crowned Ideal Boilers Supporters’ Player of the Season after a sparkling 2019/20 campaign at The Hawthorns.

The Brazilian playmaker lit up the Sky Bet Championship with a series of dazzling displays throughout the year, bagging eight league goals and claiming 16 assists – the most by a Championship player in a single season for five years.

Pereira twice produced a hat-trick of assists. The first coming in the 5-1 win against Swansea in December, a game he also scored in, before setting up three goals in the Club’s crucial 4-2 victory over Hull City in July.