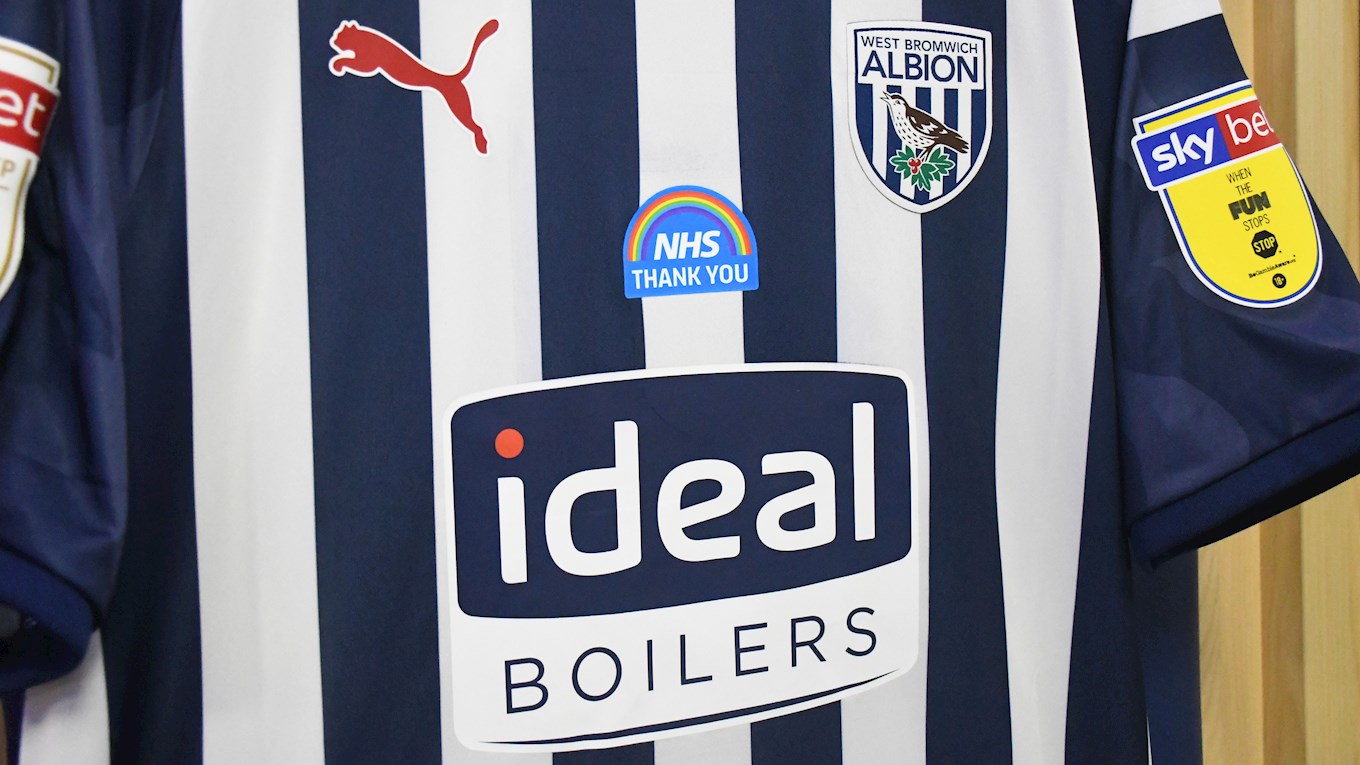 Signed, match-worn shirts from Albion’s promotion run-in have collected more than £10,000 for the Club’s official charity, The Albion Foundation.

In total, the auction raised £10,083 for the Foundation, with all of the funds going towards their community response to the coronavirus pandemic.

Two weeks after he played his final game for Albion after 13 years at the Club, Chris Brunt’s shirt proved to be the most popular with Baggies supporters, fetching almost £2,000.

Matheus Pereira’s jersey was also a hit, finishing up at £1,031, with the goalscorer of Albion's final goal of the season, Callum Robinson seeing his shirt go for the third-highest amount of £720.

The funds raised will help to support the Foundation's vital community work in reaching those that need help most as a result of the pandemic.

The Club's charitable arm will be able to continue delivering food parcels across the Sandwell area to residents and families who might otherwise go without vital nutrition.

So far, the Foundation has delivered more than 10,000 food packages, with that number rising on a weekly basis.

The funds will also allow the charity to expand the work they do in reaching people who may feel lonely or isolated due to the ongoing situation.

Currently, close to 5,000 phone calls have been made to elderly residents to support them throughout the period, with regular virtual meetings also happening to allow fans to connect together and feel supported.

The Foundation now has plans to begin to take the loneliness and isolation programmes back into a physical environment, should the government guidelines permit it.

Everyone from the Foundation would like to thank the Albion Family for their generosity during the shirt auction.

We recognise many Baggies fans may not have been able to get their hands on a home shirt in the auction, but we will now be offering the opportunity for everyone to win a signed, match-worn away shirt from the promotion run-in.

More details regarding an away shirt raffle will be released next week.