Own a match-worn Albion shirt & support The Royal British Legion 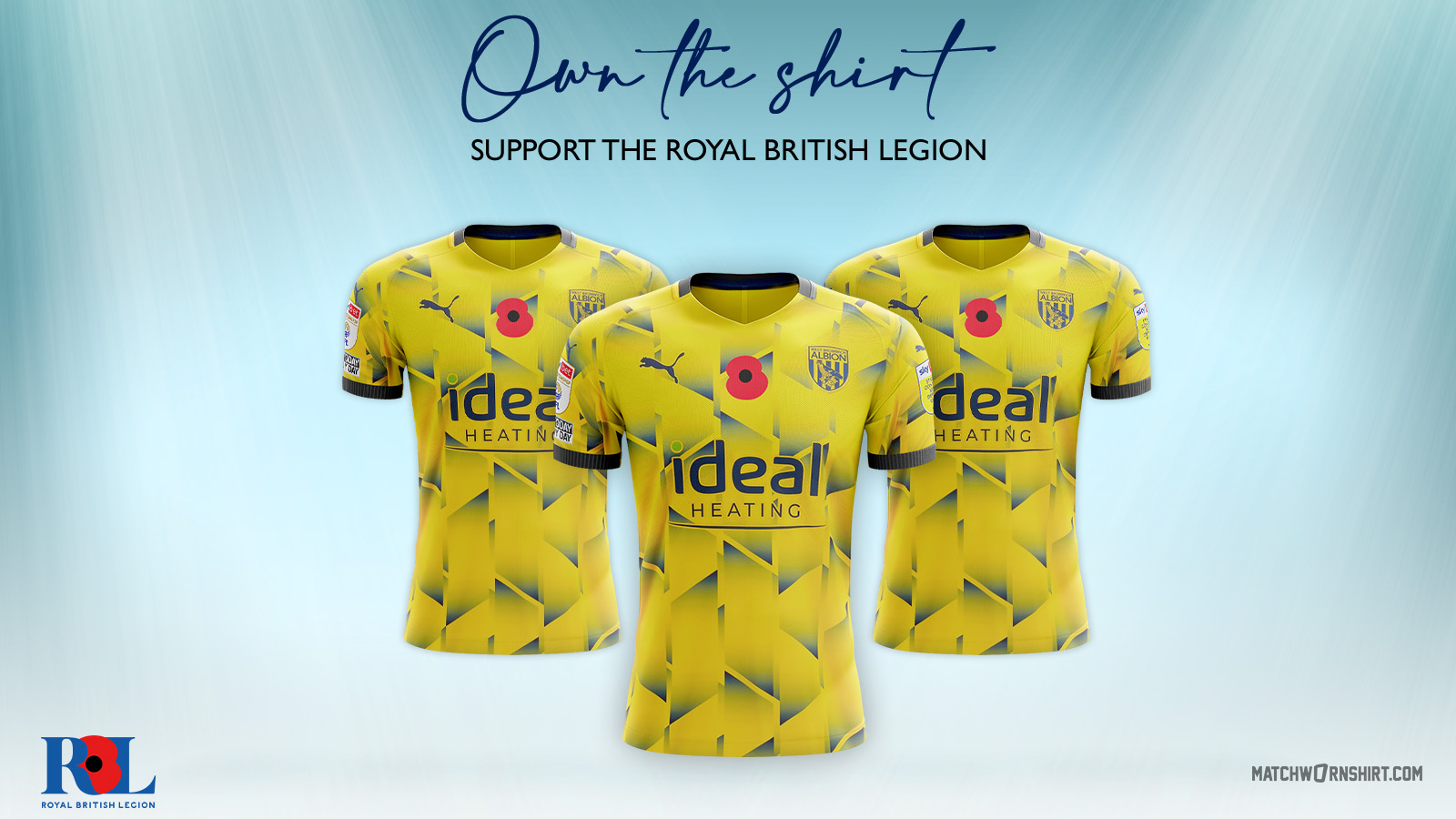 Albion will proudly don poppy-adorned jerseys during the upcoming Sky Bet Championship fixtures against Fulham and Middlesbrough in support of The Royal British Legion.

The match-worn shirts will be made available to purchase in a live auction straight from kick-off at Craven Cottage, with proceeds going to the Armed Forces Charity.

A SYMBOL OF HOPE AND REMEMBRANCE

The poppy is the enduring symbol of remembrance for those who have made the ultimate sacrifice for our country and also for those who continue to defend and improve our way of life today.

This resilient flower flourished in the midst of destruction, becoming a symbol of hope and a peaceful future.

AT THE HEART OF SOCIETY FOR A CENTURY

To celebrate this milestone, fans will have the opportunity to bid on an additional range of exclusive prizes that have been kindly made available by the Royal British Legion’s partners and ambassadors.

Don’t miss this opportunity to own a unique piece of memorabilia whilst supporting the Royal British Legion’s vital work - and remember: “every poppy counts!”