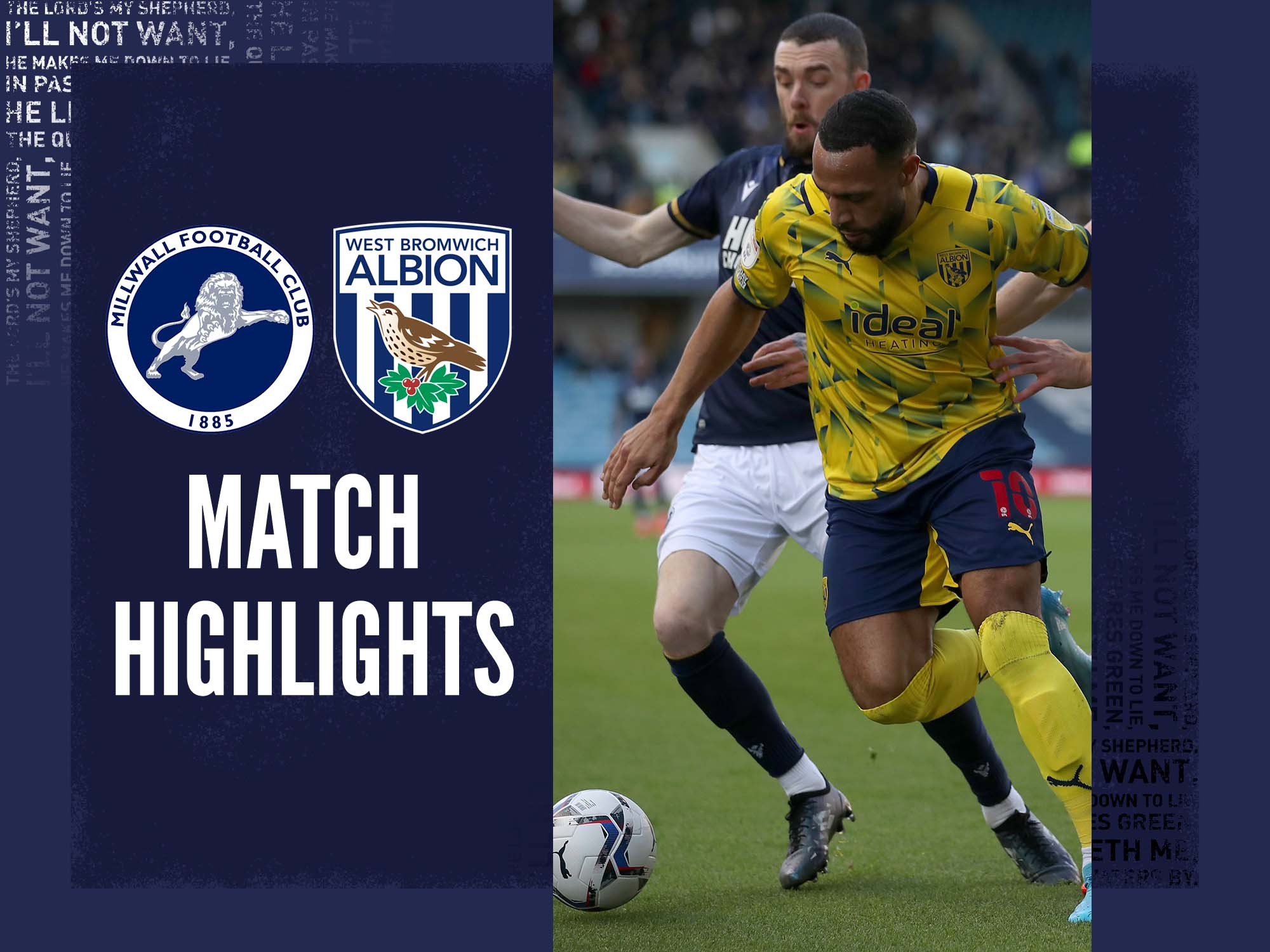 Watch free-to-view highlights of the Baggies' trip to the capital.

Albion were beaten 2-0 by Millwall at The Den on Saturday afternoon.

Following a goalless first half, Mason Bennett and Benik Afobe netted during the second period to fire the home team ahead.

And The Baggies were unable to mount a late comeback in the capital, ensuring the Sky Bet Championship points stayed with the hosts.

The forward was agonisingly close to opening the scoring inside five minutes, with his powerful volley forcing a brilliant early stop from Bartosz Bialkowski.

Moments later the Lions gifted Karlan Grant an opportunity on the edge of their own area - but he couldn’t keep his shot down.

In a fast-tempo start to the match, Darnell Furlong then flashed a low effort across the six-yard box after a clever quick-throw by Alex Mowatt before Scott Malone hammered Millwall’s first real attempt over.

Despite the remainder of the half being quieter in terms of chances, the clash remained an intense battle. Neither side could break the deadlock ahead of the break, though, so they went in goalless.

Millwall made the better start to the second 45 yet Benik Afobe, Oli Burke and Bennett all initially failed to test Baggies goalkeeper David Button.

Callum Robinson and Grady Diangana were brought on to get Albion going again, and the former almost made an immediate impact when his deflected shot was well saved on the hour-mark.

But instead it was Millwall who grabbed the opener through Bennett, his low strike beating Button and the Baggies defenders on the line.

And their win was rounded-off 14 minutes from time, Afobe finishing the contest in front of the Millwall supporters.