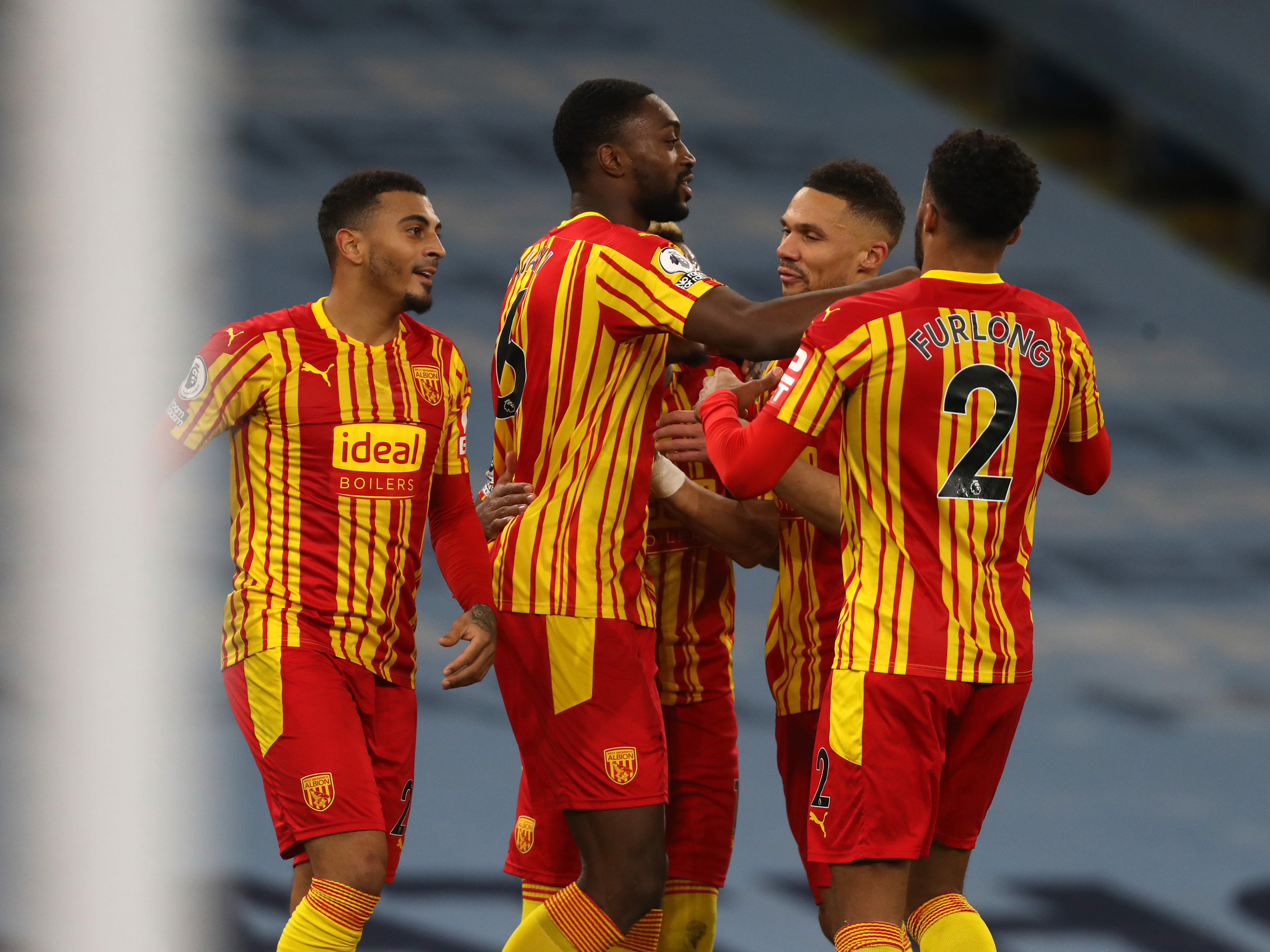 Albion put in a solid display to draw 1-1 and pick up a hard-earned point with Manchester City at the Etihad Stadium on Tuesday night.

The Baggies had to come from behind after Ilkay Gundogan side-footed Pep Guardiola’s men ahead inside 30 minutes, as Semi Ajayi’s deflected effort just before the interval secured a share of the spoils.

It was a long second half for Slaven Bilić’s side, who defended resolutely to keep out their star-studded Premier League opponents.

But they held firm, mainly thanks to some unbelievable Sam Johnstone stops, and saw out prolonged spells of City pressure to secure what could be a valuable Premier League point.

There were a trio of changes to the Albion XI that played in Newcastle just a few days earlier, with Kieron Gibbs, Jake Livermore and Grady Diangana coming in for Branislav Ivanović, Filip Krovinović and Callum Robinson.

And it was the Baggies who created the first big chance of the game, Karlan Grant beating his man inside the box and hitting a low shot which was saved well by Ederson.

But City, on the half-hour mark, were the side to take the lead - an extended period of possession was eventually converted as Raheem Sterling crossed for Gundogan to fire past Johnstone from close-range.

Conor Gallagher curled wide shortly after the hosts went in front, yet his team didn’t have to wait much longer to find an equaliser.

With only a couple of minutes to go until the break, a Matty Phillips free-kick ended up falling to Ajayi on the edge of the box, and his heavily deflected shot crept under Ederson to level the scores up.

Half time came and went, and despite long spells of City dominance Albion continued to survive. Rodrigo blazed over, Kevin De Bruyne poked wide and Johnstone saved well from both Sterling and the aforementioned Belgian playmaker.

Johnstone denied De Bruyne's free-kick with a great low save and had to be alert again quickly after when his cross to the back post found Gundogan in space, and although it looked like the German was going to convert from just a matter of yards, the Albion keeper was on hand to deny the midfielder superbly.

The pattern of the second half continued, but so did Albion's resolve as they coped with City's relentless attacking play and Gundogan came inches away from giving Guardiola's men the lead again when he curled a free-kick inches wide. And the hosts had one more big chance before the final whistle went.

Sterling found himself free in front of goal deep into extra-time, but again City were denied by Johnstone's anticipation as he produced a terrific save to stop the goal-bound effort and secure a big point for Bilić's men.