Livermore: ‘Gallagher has been fantastic’ 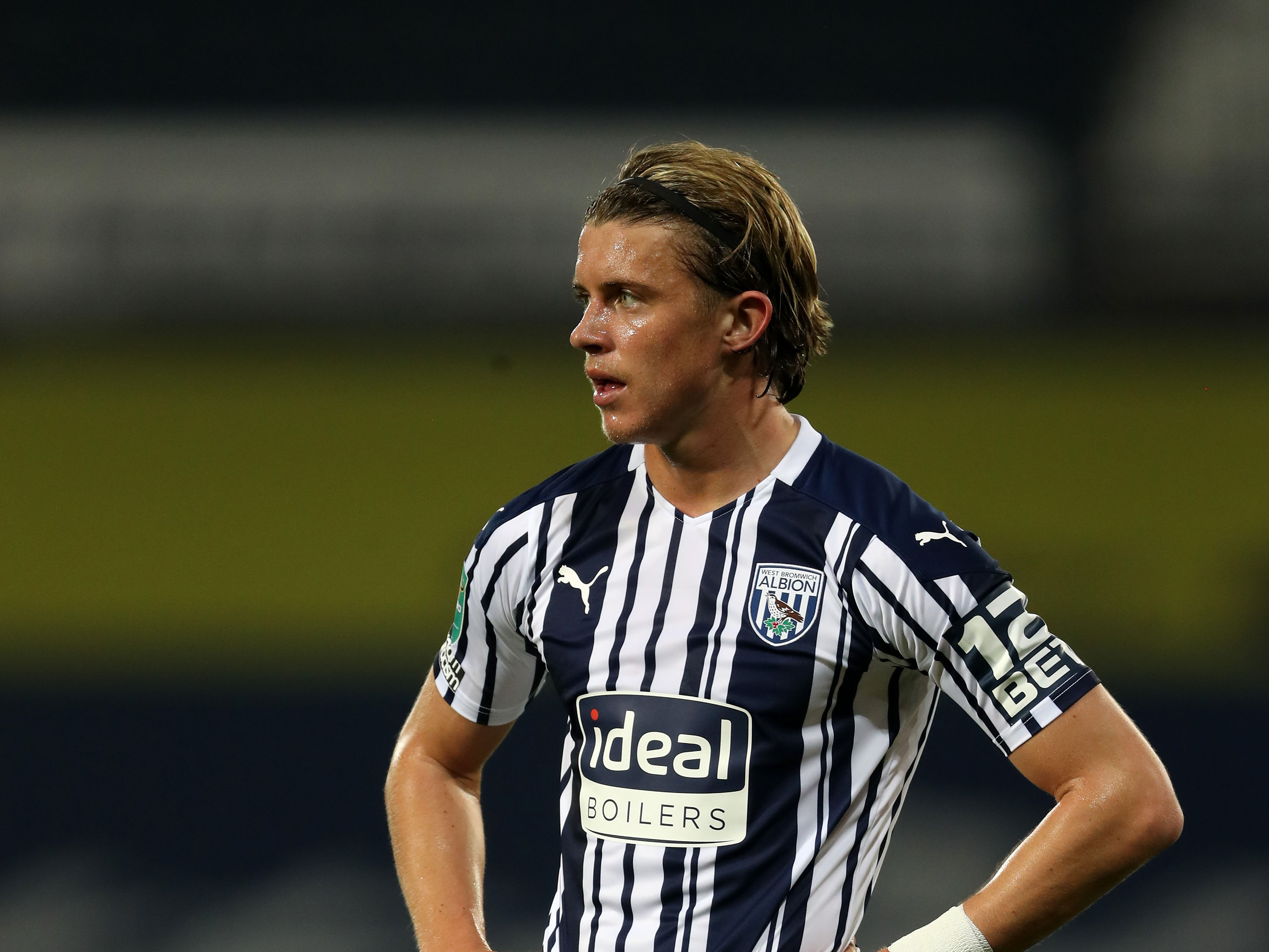 Gallagher, who is on a season-long loan from Chelsea, has made three consecutive appearances for the Baggies in central midfield – impressing against Burnley on his top-flight debut and then in clashes with Brighton and Fulham.

The 20-year-old’s eye-catching form so far this term has been recognised at international level, with Conor receiving a call-up to England’s U21 squad for their forthcoming games against Andorra and Albania.

And as Gallagher gets set for Spurs on Sunday, Livermore believes his team-mate’s energy levels and enthusiasm in the middle of the park could prove to be extremely beneficial for Albion this season.

“Conor’s been fantastic for me,” said Jake.

“His energy levels and quality in training every day is a steal for us and I’m tipping him to be a top, top player.

“He wants to learn and has great ability going forward, but on the flip side he’s more than responsible at tracking back and he’s just got bags of energy.

“The athleticism that he’s got is what the game is becoming now and he’s got that in abundance.

“He’s been very impressive and I think he can be a really important player for us this season.”