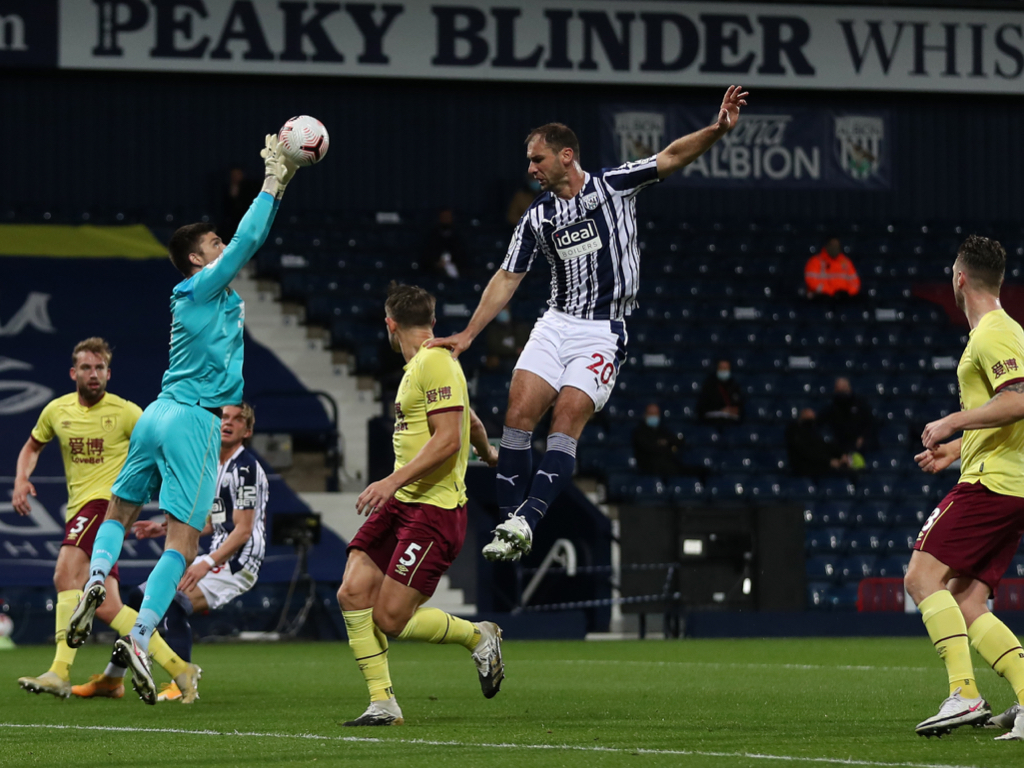 Branislav Ivanović was happy to contribute towards Albion’s first clean sheet of the season in what was his first appearance back in the Premier League for almost four years.

The Serbian defender, who last played in the English top flight on December 31, 2016 for Chelsea, completed the full 90 minutes as the Baggies secured a solid point against Burnley at The Hawthorns.

And the experienced centre-back said the whole team should be praised for their defensive showing in Monday night’s stalemate with the Clarets.

“This is the base and we can build on that,” said Ivanović.

“I’m so happy to be back, so proud. I think I have been dreaming about this moment.

“I think we played well tonight but with a bit more belief and desire we could’ve got three points because most of the time we controlled the game.

“The team performance was good tonight and it was good for confidence. We played as a unit and not just the defenders but the midfielders and strikers also.

“Most of the time we were compact and it was very difficult to play against two strong strikers but we dealt with that.

“This was the first time me and Ahmed (Hegazi) played together so we will build on that and get better and better game by game.”