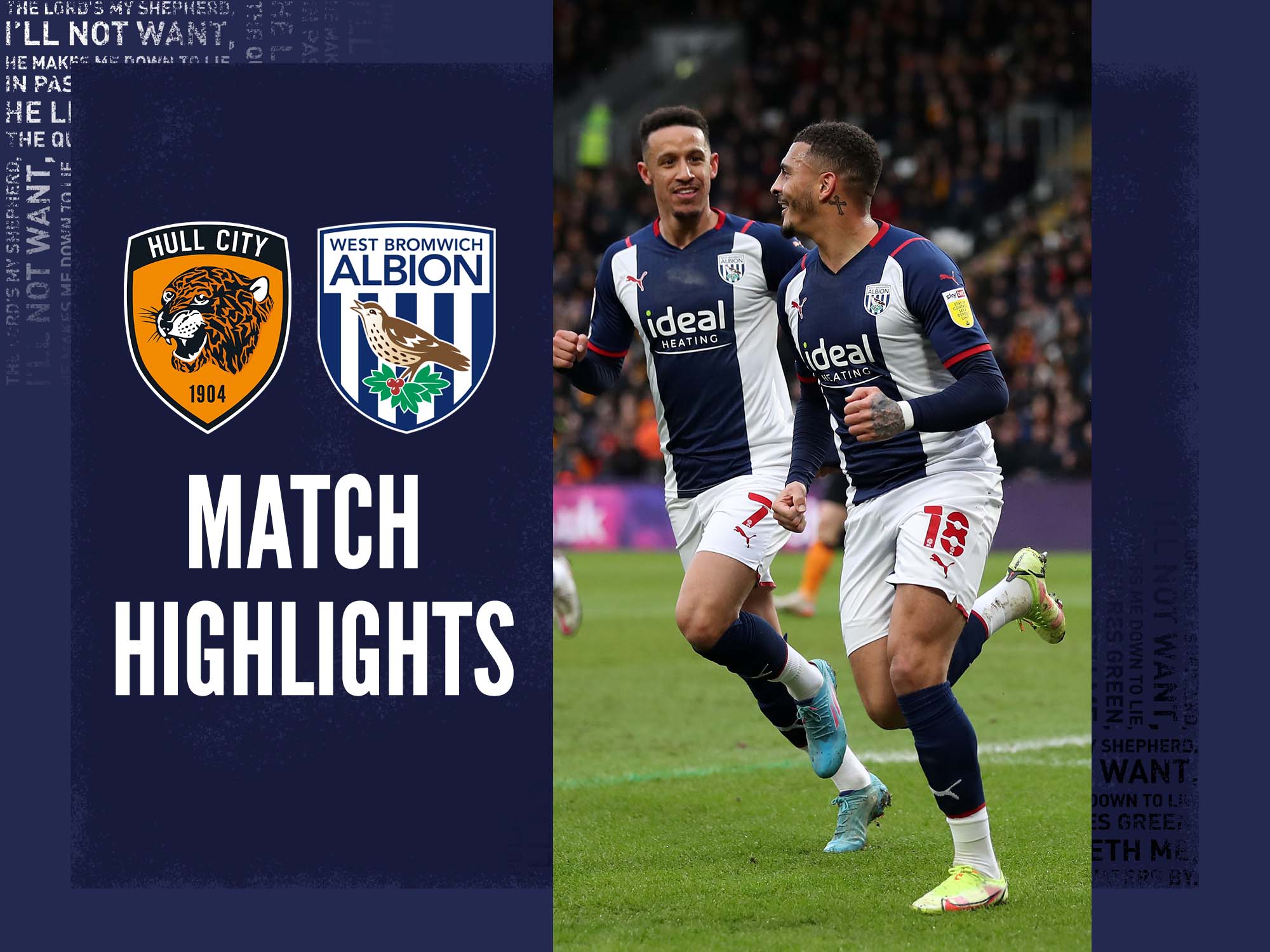 The forward scored either side of half-time in East Yorkshire, earning the Baggies an important three Sky Bet Championship points.

Steve Bruce's team have the chance to make it back-to-back victories this Friday when Huddersfield visit The Hawthorns.

The boss made five changes from the side which lost to Swansea last week – with Darnell Furlong, Matt Clarke, Taylor Gardner-Hickman, Jake Livermore and Grant all coming into the XI.

A change of shape was also on the cards, and it worked a treat as Albion dominated the early proceedings. Hull goalkeeper Matt Ingram was worked twice within the opening 16 minutes, saving well from Conor Townsend’s poke and Grant’s low effort.

But he could do nothing to prevent the opener when Alex Mowatt curled in a superb cross for Grant to divert home, giving the Baggies the advantage they deserved.

City then had spell of pressure around the half-hour mark, Keane Lewis-Potter side-footing a good chance over before forcing Sam Johnstone into action from distance.

The England goalkeeper was at his very best to parry Tyler Smith’s header just ahead of the break, too, though it turned out Hull’s front man was offside anyway.

It was a half-time lead for Bruce’s men – and that advantage was to be doubled immediately after the interval.

Fantastic pressing from Gardner-Hickman deep in City territory saw him win the ball and swiftly get brought down inside the box, and Grant confidently tucked away his second goal of the game.

Hull pushed for a way back in the closing stages but Albion held firm at the MKM Stadium, earning a clean sheet alongside a crucial three points.