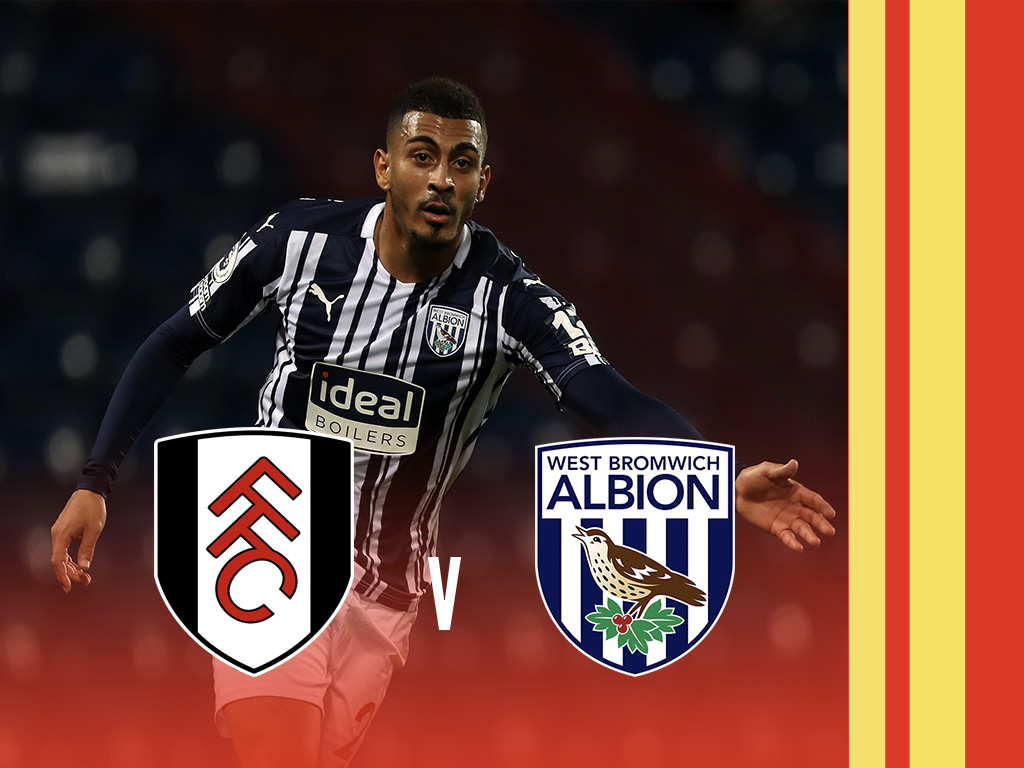 Slaven Bilić’s Baggies travel to Craven Cottage on Monday evening looking for their first victory back in the Premier League following encouraging draws against Burnley and Brighton (ko 5.30pm).

Fulham are yet to record a win since securing promotion back to the Premier League and they suffered defeat in their last game when Crystal Palace recorded a 2-1 triumph in west London.

Goals from Jaïro Riedewald and Wilfried Zaha gave the Cottagers an uphill task which was made more difficult when Aboubakar Kamara was dismissed towards the end of the game. Tom Cairney did net a stunning effort in injury time, but it came too late as Fulham’s wait for a win continued.

Scott Parker is currently leading his first full season as a Premier League manager having previously taken charge of the London-based side on a temporary basis back in 2019.

The former Chelsea and Spurs midfielder succeeded Claudio Ranieri in February that year but couldn’t prevent Fulham's relegation to the Championship. The 40-year-old became the permanent boss in May 2019 and was handed a two-year-contract. He secured an immediate return to the top flight via the play-offs last season, with Fulham beating rivals Brentford at Wembley.

Based on last term’s success, Parker will be confident his Fulham side can turn games in their favour over the course of the campaign.

Since his move to the Cottagers on loan from German side RB Leipzig in the summer, Ademola Lookman has already proved to be a handful for Premier League defenders.

The 23-year-old scored on his first start for the club as he helped Fulham secure their first point of the season against Sheffield United and despite their recent 2-1 defeat to Palace, it could have been very different with Lookman twice hitting the post. He will no doubt be one to watch on Monday.

Albion’s most recent game against the Cottagers ended in a 0-0 draw last season, but their last victory over Fulham came 10 years ago at The Hawthorns…

We came from behind to beat Fulham at The Hawthorns #OTD 10 years ago 🗓 pic.twitter.com/rSTzRCq0dg

Karlan Grant made the difference in Albion’s last match as a lethal finish with just seven minutes left to play earned a share of the spoils against Brighton on Monday.

The Baggies’ final summer signing demonstrated his eye for goal during his home debut against Burnley when he converted one of the few opportunities he had in the game, only for it to be ruled out by the linesman’s flag.

It could very much be a case of one chance, one goal for the 23-year-old who will be keen to add to his tally at Craven Cottage on Monday.

The game is also available to watch on Sky Sports Box Office.