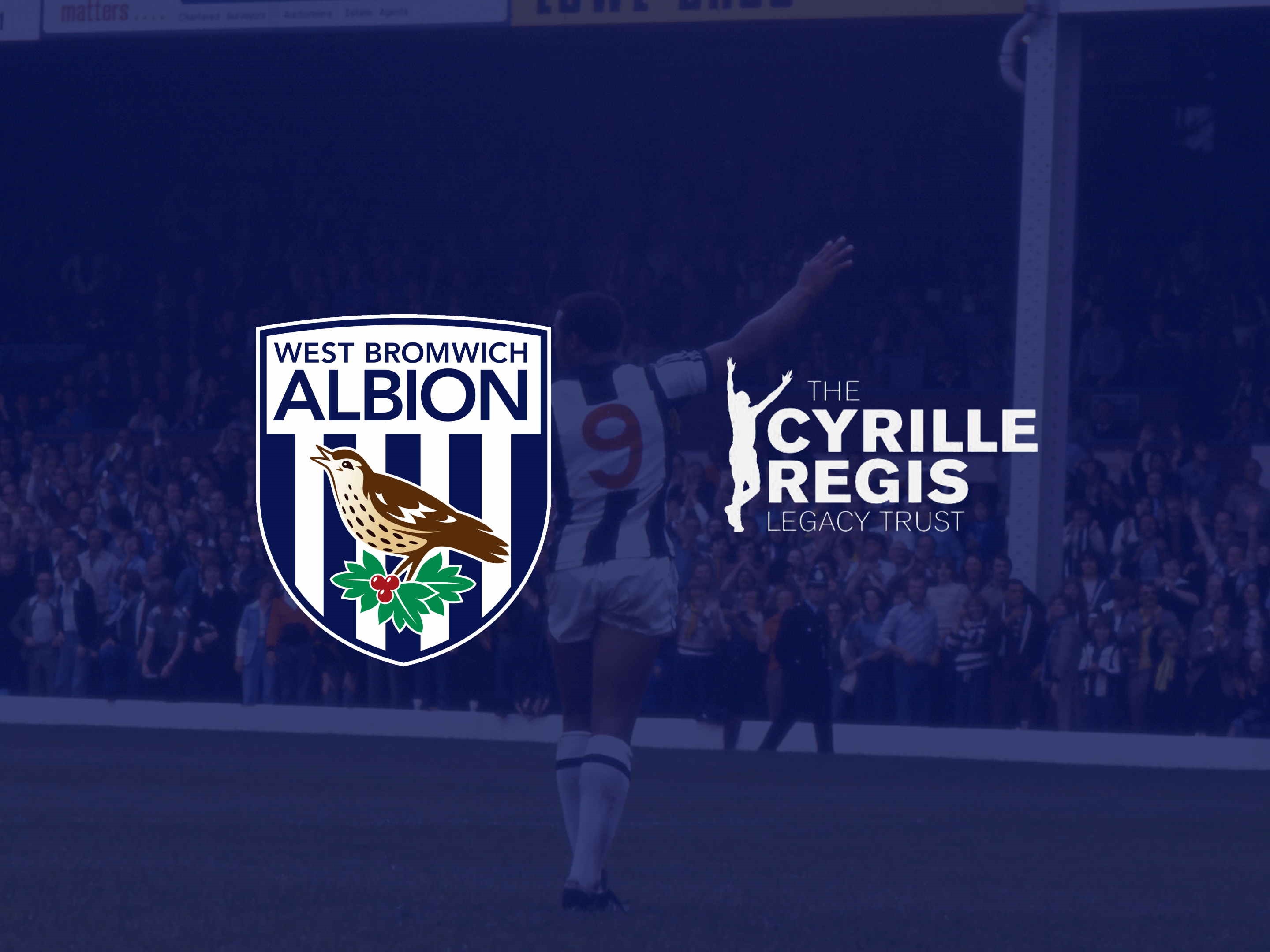 West Bromwich Albion Football Club is delighted to announce The Cyrille Regis Legacy Trust as its Official Charity Partner for the 2022/23 season.

The Baggies’ away kit for the new campaign, which be released today at 10am, is dedicated to Cyrille and the trust established in his name.

The club will make a donation to The Cyrille Regis Legacy Trust for every away shirt sold and will support the charity throughout the season with fundraising events and activities.

Cyrille, who was awarded an MBE in 2008 for services to charity and football, scored 112 goals in 302 appearances for the Baggies, lighting up The Hawthorns with his thrilling brand of forward play.

He also became one of the great symbols of the fight against racism in Britain as a pioneer for black footballers across this nation and beyond.

The Legacy Trust was founded following Cyrille’s sudden passing in 2018 and serves to honour his life by developing football-based community projects, breaking down barriers, and offering mentorship to people from disadvantaged backgrounds.

We are delighted to announce The @CyrilleRegis Legacy Trust as our Official Charity Partner for the 2022/23 season. 💚💛#NiceOneCyrille | #WBA

Chief Executive Officer Ron Gourlay said: “I am delighted the club are partnering with The Cyrille Regis Legacy Trust for the forthcoming campaign, and I am sure the away kit will be well received by supporters.

“Cyrille Regis was a trailblazer and pioneer, and the club remains incredibly proud of his achievements on and off the pitch in the fight against racism. The important work being conducted by the charity ensures Cyrille’s legacy lives on and I am pleased we will be supporting their work with young people through the ‘Strike a Change’ programme.”

Cyrille’s brother and Legacy Trust Patron, Dave Regis, added: “We are honoured that the club has chosen to partner with the Cyrille Regis Legacy Trust and have taken the unusual step of featuring the charity on the away shirt.

“This really does mean so much to us and is in recognition of not just the legacy Cyrille has left but the day to day work we continue to do in his name.

“This partnership is a continuation of the support West Bromwich Albion has given us as a family and in our charitable work in the wider West Midlands community. As a club, they often lead the way and in supporting us they continue to make a difference to the lives of many young people in the region.”