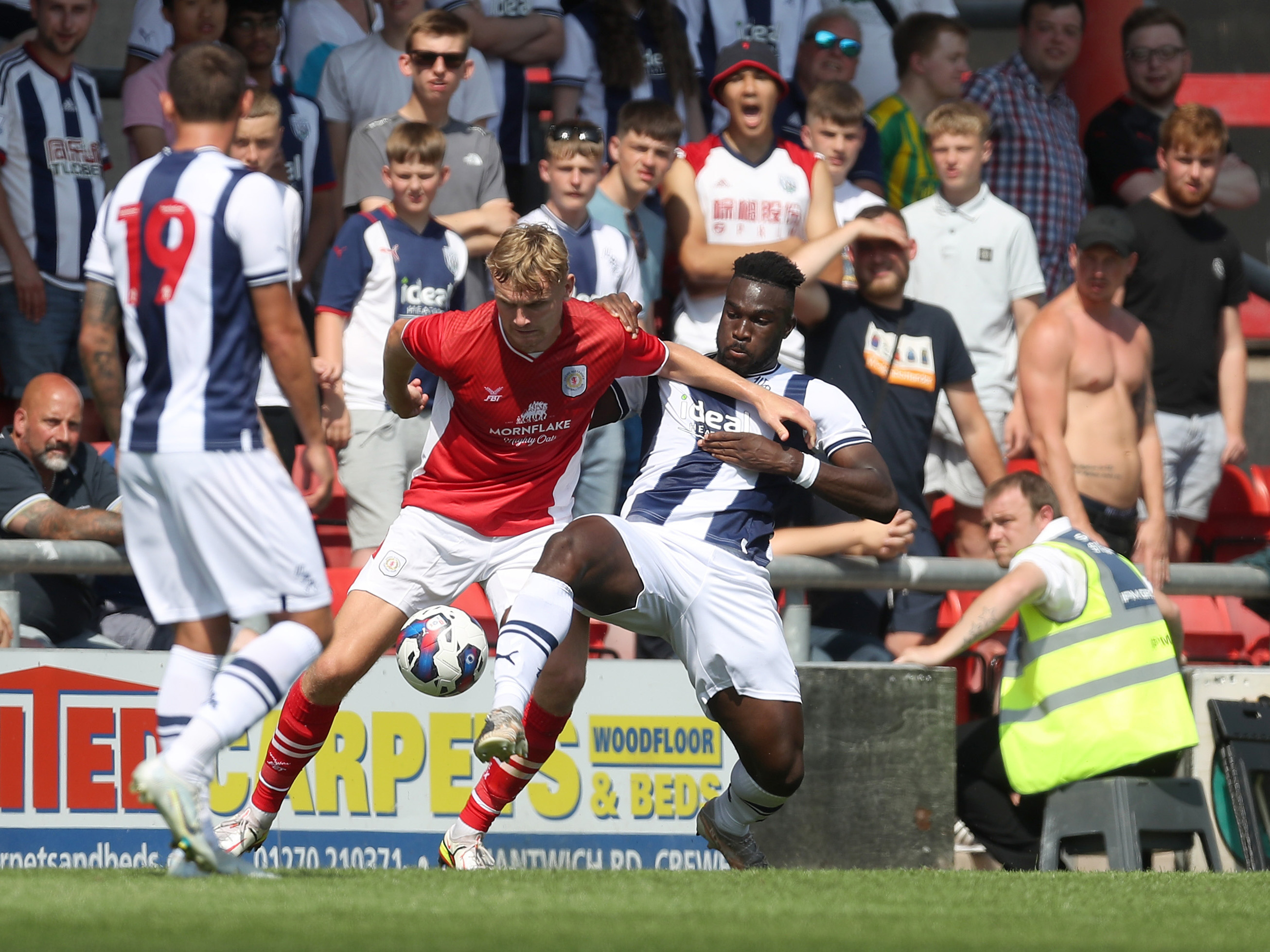 Summer signing John Swift scored for the first time in his new colours as Albion drew 1-1 with Crewe Alexandra in their latest pre-season workout.

After a goalless first opening period, Swift swooped in to convert a pin-point cross from fellow new arrival Jed Wallace, with the duo impressing throughout the encounter.

Steve’s Bruce’s men dominated the first 45 minutes of action at the Mornflake Stadium but were unable to take one of their chances before the break.

Exciting build-up involving Grady Diangana and Daryl Dike early on resulted in an opportunity falling to the feet of Swift, but his curling effort narrowly missed the target.

Albion then went close with two headers, but neither Dike who glanced wide, or Semi Ajayi who nodded over, could break the deadlock in Cheshire.

And the final chance of note in the opening half came Conor Townsend’s way as the ball drifted on through to him on the left side of the box following a cross from the opposite flank, but the Baggies No.3 blazed over the bar.

However the visitors didn’t have to wait much longer following the restart. Wallace and Swift combined to give Albion the lead in the 54th minute, with the latter volleying in from the edge of the six-yard box having timed his run perfectly to meet the former Millwall winger’s delicious right-wing delivery.

Crewe, who will be hoping to bounce back to League One at the first time of asking in 2022/23, managed to find an equaliser against the run of play with just under 20 left on the referee’s watch.

Dan Agyei, once of Walsall, drifted through the middle of the pitch and towards the edge of the penalty area with Baggies defenders unable to push him off the ball, before calmly lifting it over the top of Palmer to bring his side level.

Steve Bruce made six changes in total in the second-half including midfielder Adam Reach, and it was Reach who tried to edge Albion ahead once more with a fizzing strike from 30 yards, an effort which unfortunately failed to test Crewe ‘keeper Dave Richards.

At the other end, the hosts had a couple of entries into the final third and the penalty area, threats which the Baggies comfortably dealt with.

Elsewhere, the club’s PL2 side claimed a 3-1 victory at Tamworth.