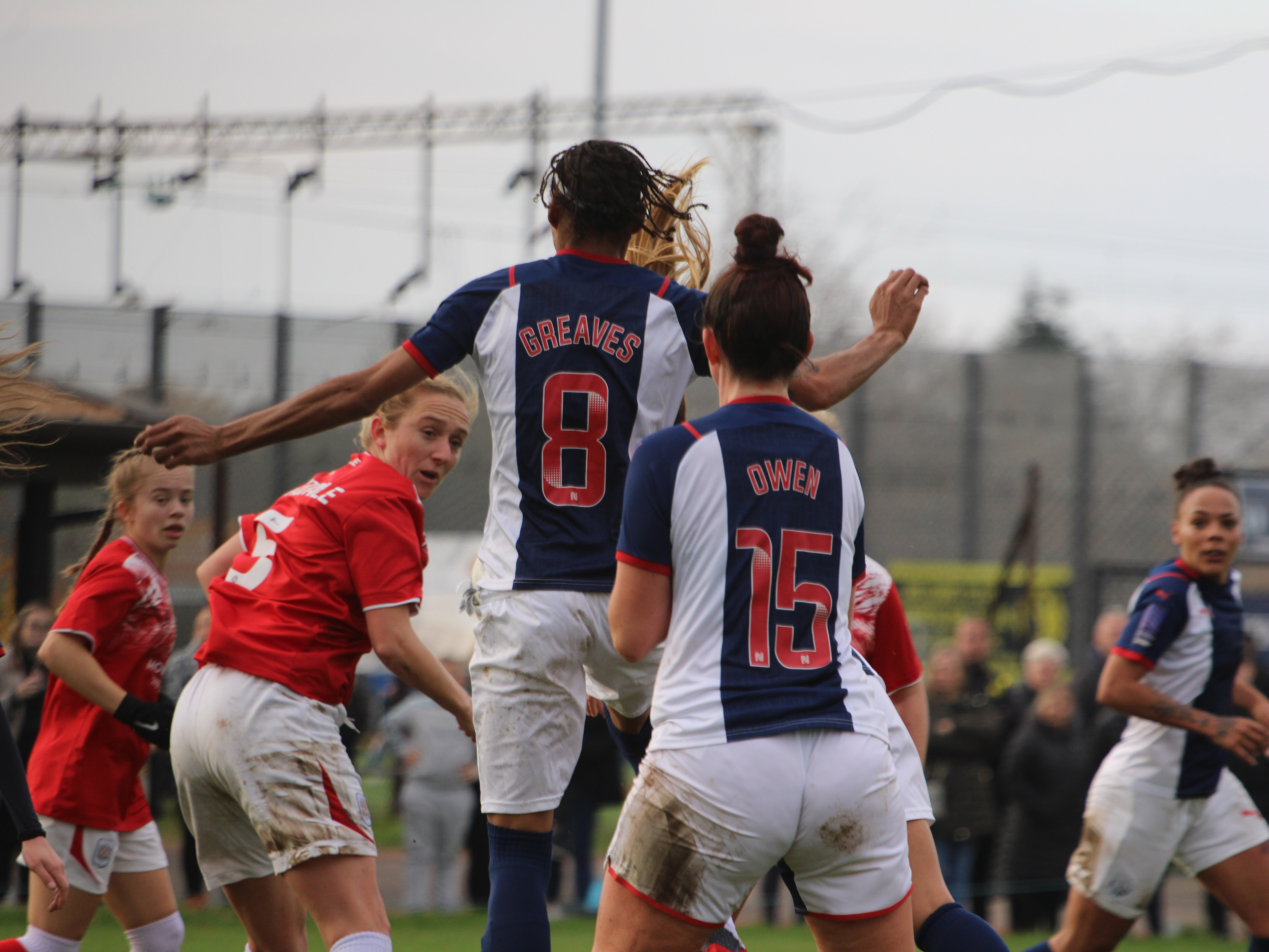 Albion began their 2021/22 Vitality FA Cup journey with a 5-0 win against Crewe Alexandra on Sunday afternoon.

Leigh Dugmore continued her recent rich vein of scoring form with a first-half hat-trick, before Janelle Straker's brace after the interval cemented the Baggies' place in the second round.

Head coach Jenny Sugarman called up Freya Smith from the development squad to her starting XI, while Holly Beck-Esson, Brody Vincze, Trina Greaves and Evie Gallop also came into the side.

Despite neither team finding their stride early on, Albion made the breakthrough in the opening stages when a delightful set-piece routine saw captain Hannah George pick out the in-form Dugmore who beat the keeper at her near post for the opener.

And although Dugmore put a penalty wide shortly after, it didn’t take long for her to make amends. A poor clearance from Alex’s goalkeeper ricocheted off a team-mate and into the path of Albion's leading scorer, who doubled the lead with ease.

The Baggies made it 3-0 minutes before the halfway mark, and Dugmore was on-hand again to net her sixth goal in two matches when she capitalised on another mistake from the goalkeeper to complete her hat-trick.

Intensity didn't drop in the second half and Sugarman's side extended their advantage courtesy of Holly Beck-Esson's pin-point delivery, which was headed home by Straker to make it 4-0.

And Rosie Embley's introduction off the bench paid dividends for the visitors as they netted a fifth. The midfielder sent a splitting through ball into Straker's path, and the attacker made no mistake in chipping the Crewe stopper for her second of the game to see the Baggies comfortably through to the next round.

Albion head back to Coles Lane this Sunday to take on Sutton Colefield Town in the Birmingham County Cup (ko 2pm).

"We’re obviously delighted to get the win, and the clean sheet. You could tell Crewe were really up for the game today, they were very ambitious.

"At times we struggled to match their ambition, which I thought when the game opened up in the second half, we did well, especially in the move leading to the fourth goal."

"Jenny told me I was playing on Thursday and I was over the moon.

"It was a great opportunity for me, especially considering my age, and I enjoyed having these new experiences."