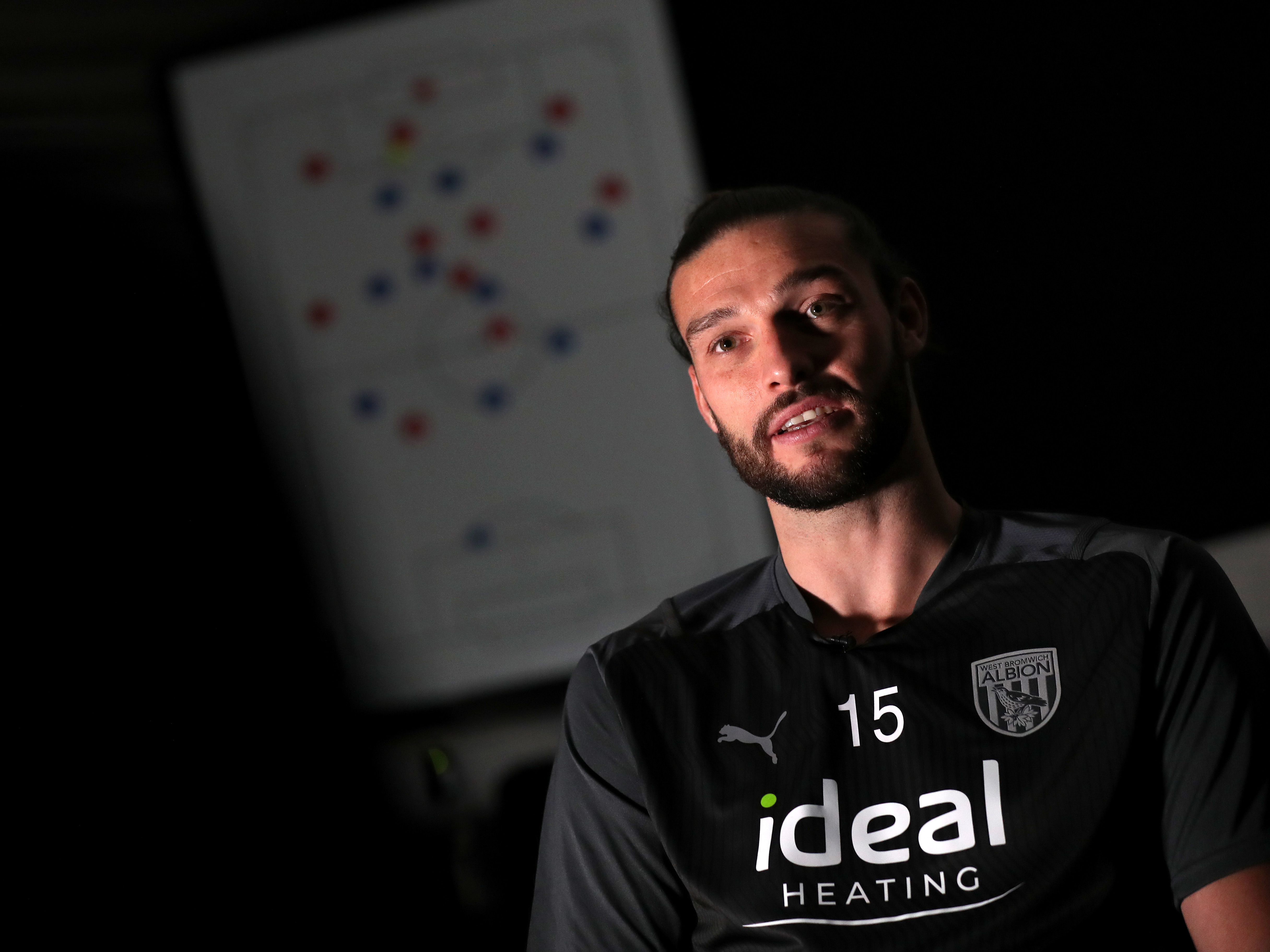 Andy Carroll says he wants to make an immediate impact at The Hawthorns, insisting he’s here to get “goals” and “points” on the board as quickly as possible.

The former England international may be given the chance to do just that, with Albion confirming his eligibility to feature in the Sky Bet Championship game at Millwall on Saturday (ko 3pm).

Carroll met his new teammates and trained alongside them for the first time on Friday, but is match-fit after a two-month spell at fellow second tier side Reading, where he made eight appearances.

And Andy revealed it’s an opportunity he can’t wait to get stuck into.

“I’m absolutely delighted,” he said. “It’s a great club and I’m hoping there are good things to come.

“When I heard of the interest I thought there was only one thing to do, and that was to drive up here and sign straight away.

“I’ve met the players and I know a few of them already as well. I spoke to the manager yesterday and today. It’s all good and I’m looking forward to getting started.

“I played against the team already this season and I thought they were brilliant. There was a lot of balls in the box and chances created.

“Looking at all the games there’s always chances at West Brom and I believe I can get on the end of them to get some goals and some points for the lads.

“I don’t think I’d be playing football if I didn’t think that I could still contribute. My boots would have been hung up and I’d be on a beach somewhere.

“But that’s not me. I want to be here, I want to play football and I want to score goals. That’s what I’ve wanted to do all of my career and that’s what I’m here to do.”

33-year-old Carroll also believes he can play an important role off the pitch for Valérien Ismaël’s team.

He added: “I would like to think I could pass on some of my experience to the other players in the squad. I’ve played for a long time.

“If I can give anything to any of the young lads or any of the lads in the team in general, that will be brilliant. But like I’ve said, I’m just looking forward to getting started with them and getting involved.

“I’ve looked at the league and I don’t see why we can’t get automatic promotion, not just in the play-offs. That’s why I’m here, to push us on to higher in the league and get us up there.

“I’m fully confident in myself and my ability. Looking at the squad, I think we’ll get on well, gel well and get the results that are needed to get us up.”