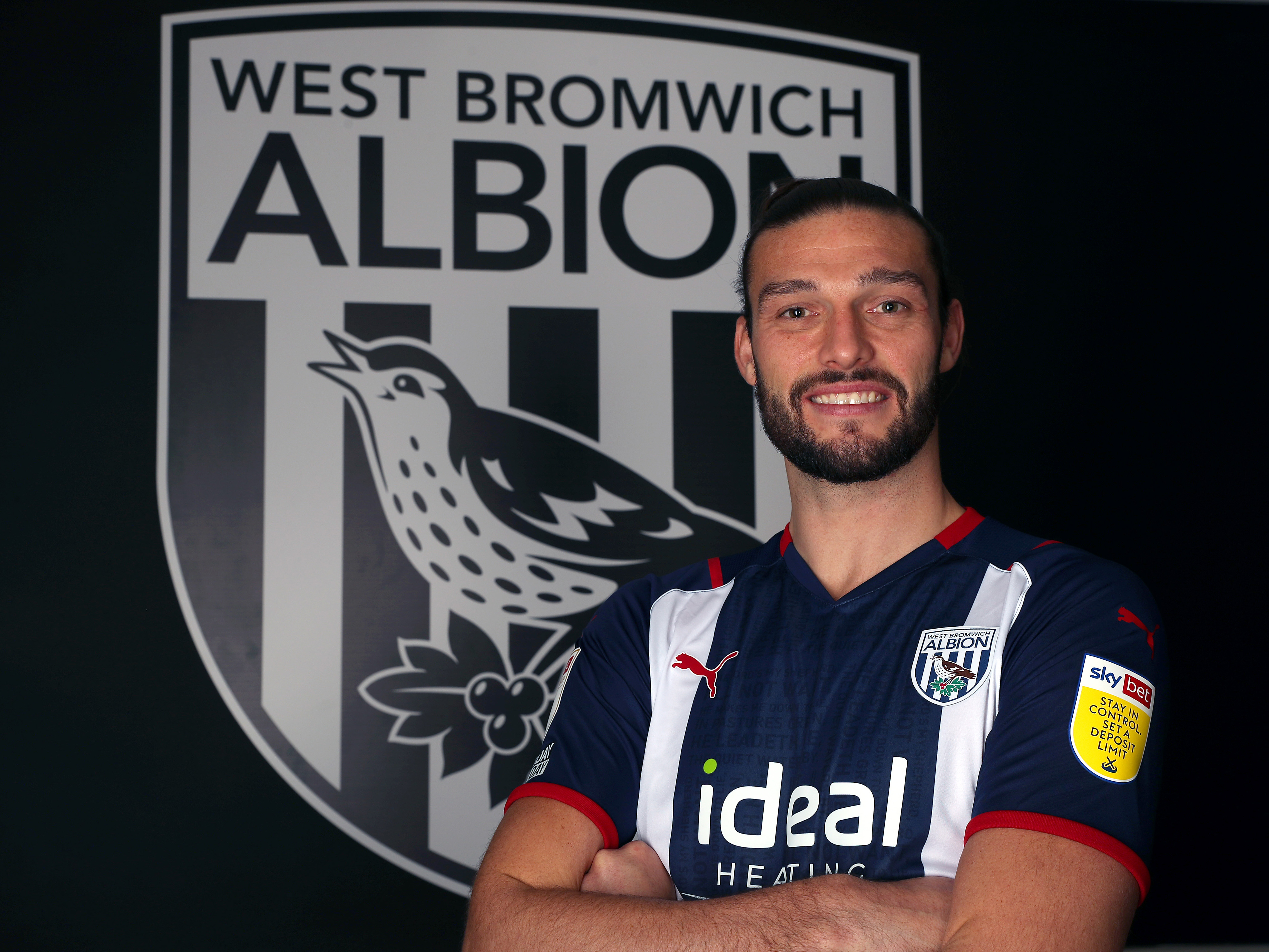 The 6ft4in striker has played International, European, Premier League and Championship football during a career that started at his hometown team Newcastle United.

Andy made his Toon debut aged 17 in a UEFA Cup match in November 2006 and went on to score 31 goals from 57 league starts during a first spell at St. James’ Park.

His eye-catching performances in the north east earned him a first England call-up during the 2010/11 season, and he would earn a total of nine caps, scoring twice, for his country – notably featuring and netting at the 2012 European Championships under former Baggies boss Roy Hodgson.

A big-money move to Liverpool on deadline day in January 2011 came after Newcastle, where he wore the Reds' No.9 shirt, became the most expensive British player in history at the time and went on to win the League Cup.

Carroll exited Anfield, initially on loan and then permanently, by joining West Ham United – and he would stay with the Hammers for seven years between 2012 and 2019.

A return to Newcastle for a couple of campaigns followed Andy’s lengthy stint in the capital before he left the club again last summer.

The battling forward spent two months at Reading between November and January this season ahead of arriving at the Albion.