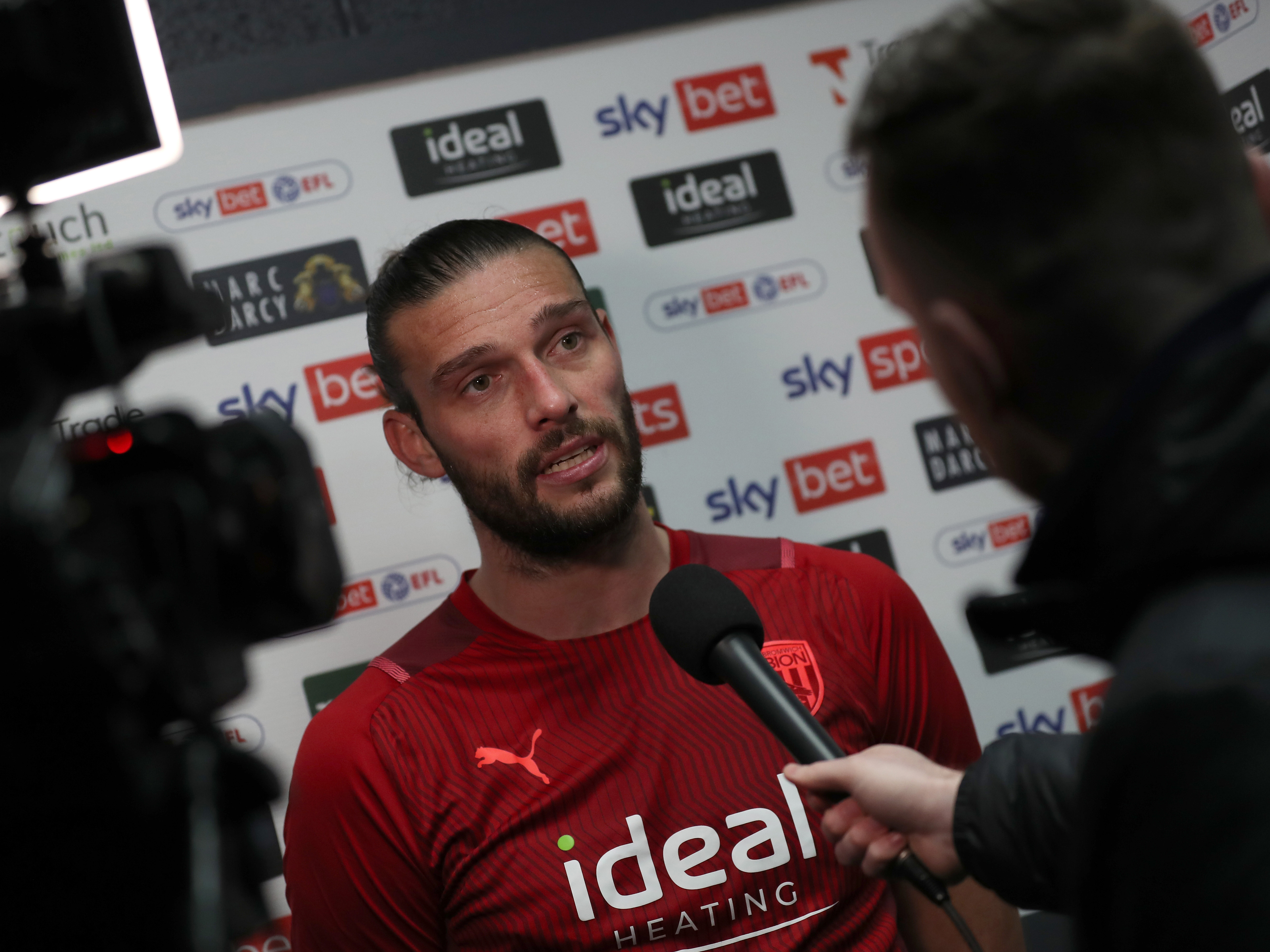 Andy Carroll says scoring his first goal for West Bromwich Albion in the 2-2 draw with Huddersfield Town was a “great feeling”.

The Baggies forward rose highest in the area to nod in Semi Ajayi’s cross to secure a dramatic share of the spoils at The Hawthorns, with Steve Bruce’s side fighting back from two goals down to take a point.

And the towering striker was grateful to the defender for the “great ball into the box” which enabled him to open up his Albion account.

Andy said: “It’s such a great feeling every time the ball hits the back of the net.

“That’s part of my job and it’s a great feeling to get my first for the club.

“The manager told me to tell the other lads to get the ball in the box. There wasn’t really much going on so he told me to get in the box and get on the end of things in there.

“Semi hesitated the first time I was ready to make my run but when he eventually crossed it, it was a great ball into the box and I didn’t really have to do too much. I’m just glad I got my head on it.

“The lads showed great character and a determination to never give up. There was booing inside the ground and the lads could have given up but they stayed with it.

“We got one goal and then I got the second. If I’m being honest, we could have had another couple right at the end too.

“We’ve had a dip in form and we’ve all been disappointed about that, but we’re in it together and we’ve still got plenty of points to play for.”