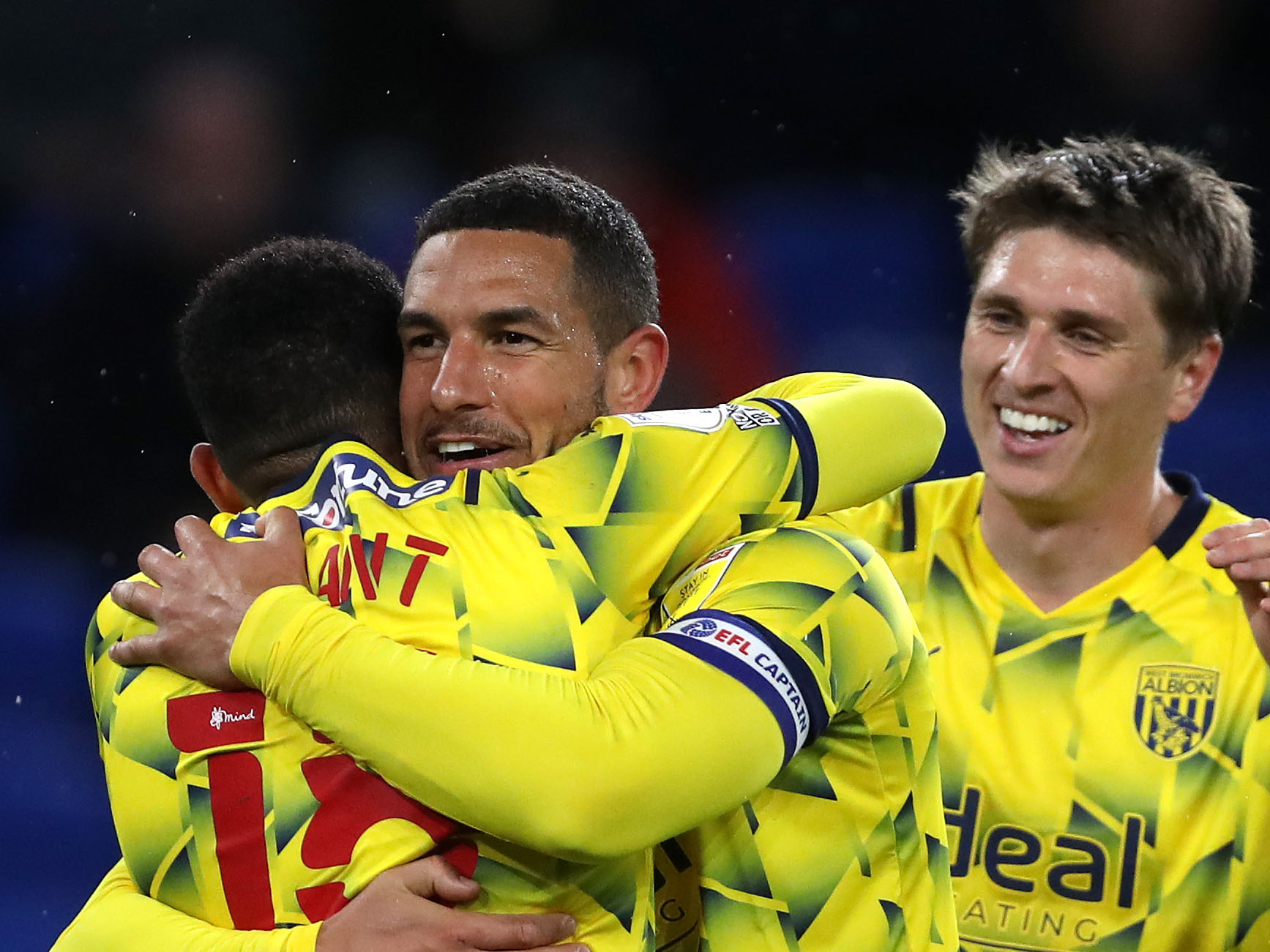 The Baggies will be backed by a sell-out following of just under 2,500 supporters at Bristol City on Saturday afternoon (ko 3pm).

Steve Bruce's side head to Ashton Gate having picked up seven points from the last nine on offer and buoyed by their brilliant 1-0 win over Fulham on Tuesday night.

Bristol City suffered a disappointing 2-0 defeat at Barnsley in midweek, their eighth loss in their last 13 matches.

The Robins will be hoping for a much more positive outcome on Saturday as they target a morale-boosting triumph ahead of the first international break of 2022.

Supporters based overseas can buy a video match pass and watch the game live for £10. Baggies-biased commentary will be available courtesy of Gez Mulholland and former midfield man Andy Johnson.

Baggies based in the UK can tune in to the commentary by purchasing a match pass for £2.50. Click here to secure your match pass.

All subscribers can follow the action live here from 2.45pm on Saturday, or via the free-to-download WBA app.

A full-match replay will be available on Sunday, which you can access by clicking here.

Saturday's hosts Bristol City will be keen to end what has been another frustrating season on a high, starting with three points against the Baggies this weekend.

The Robins are stuck in the bottom half of the division having picked up just 43 points from their 38 matches, losing four of the last five.

Nigel Pearson's men won 1-0 away at promotion-chasing Blackburn last weekend, but followed that up by losing 2-0 at lowly Barnsley in midweek.

Bristol City haven't had a problem scoring goals this season and have registered 47 in total so far this campaign, but preventing them has been a totally different story. The Robins have shipped 67, the third-highest number of goals conceded in the Championship.

Since their promotion to the second tier in 2015, City have had three top-half and three bottom-half finishes, coming 19th most recently in 2020/21.

Albion's opponents have taken 26 points from their 19 games at Ashton Gate this term, winning seven, drawing five and losing seven.

Albion secured a scintillating 3-0 win at Bristol City in February 2020.

Callum Robinson opened the scoring against his former club before Hal Robson-Kanu added a second from close range ahead of the half-time whistle.

The Baggies had Romaine Sawyers dismissed with 13 minutes remaining, yet still managed to add a third goal through Robson-Kanu who slammed home from a tight angle.

The Baggies have scored two goals or more in ten of their last 13 meetings with the Robins, and in all of their last five games against Saturday's opponents.

Albion will wear their yellow third kit on Saturday afternoon.

The Baggies have won five out of their last six games against the Robins, scoring 15 goals in the process. LV BET have Bruce’s men at 16/1 (17.00) to replicate their last two results against this opposition and win 3-0 and at 9/4 (3.25) to win without conceding at Ashton Gate.

After last Tuesday's heroics against Fulham, Callum Robinson measures up at 13/7 (2.85) to get a goal at any time, while Karlan Grant comes in at 23/5 (5.60) to score the first goal of the afternoon.