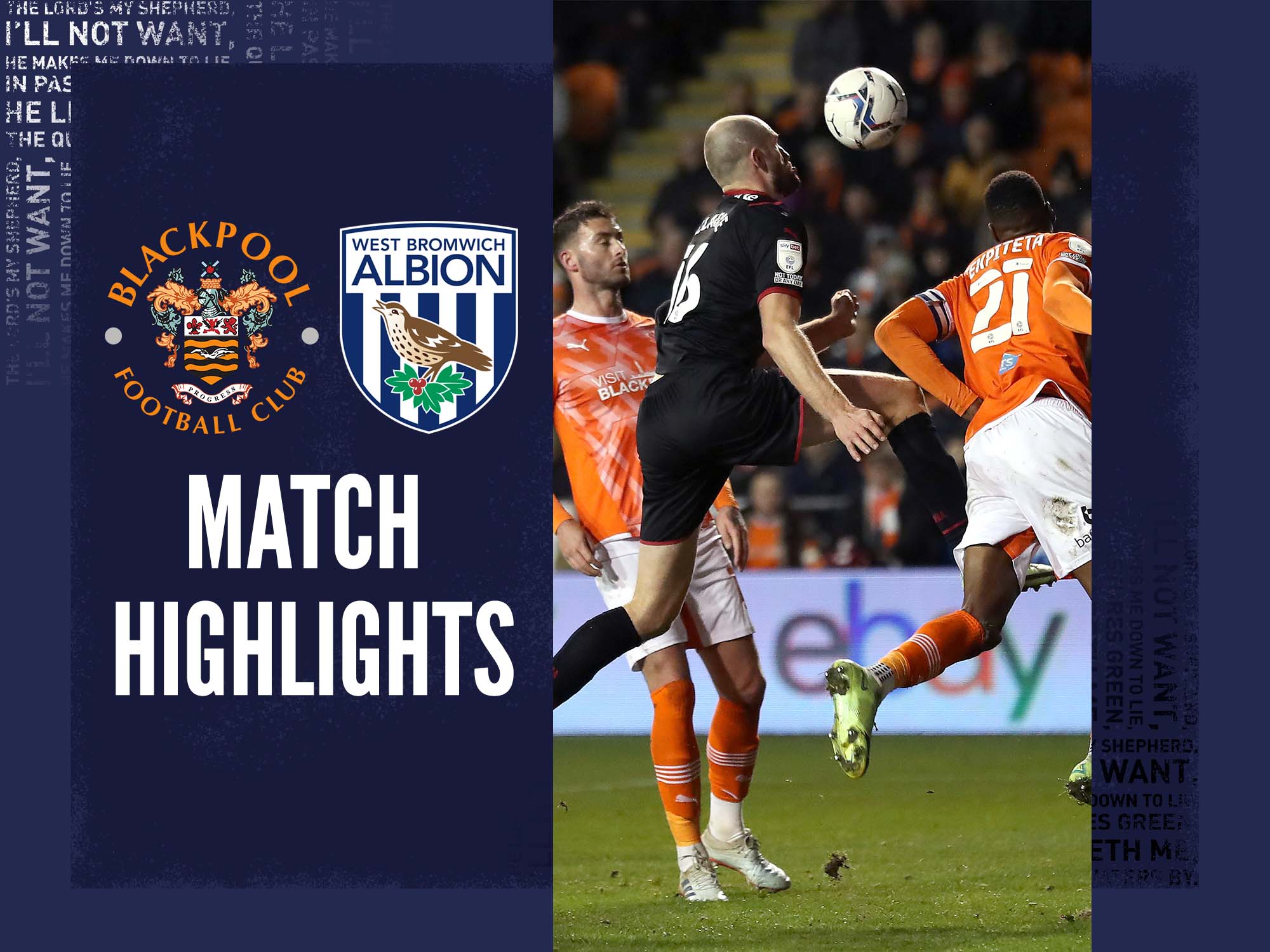 Watch free-to-view highlights from an action-packed Albion display against the Tangerines.

Albion were held to a goalless draw by Blackpool on Tuesday night, in what was an end-to-end affair at Bloomfield Road.

The Baggies’ high-press approach created a constant flow of goalscoring opportunities, with Conor Townsend and Karlan Grant both being denied by Tangerines stopper Dan Grimshaw during the first 45 minutes.

Valérien Ismaël’s leading talisman poked a good chance narrowly past the post and centre-back Matt Clarke had two good chances to find the net during the second 45, but the home side kept them at bay to earn a share of the points.

Determination was evident in Albion’s start to proceedings, and Grady Diangana came close to taking advantage of a poor pass from Grimshaw in the opening 15 minutes. Despite the 23-year-old dragging the eventual shot wide, the away side's relentless energy created more openings during the half.

Mowatt lofted a shot over following a mazy run from Conor Townsend, before the left wing-back forced Blackpool's stopper into the game’s first meaningful save after he was played inside the box for a shot by Matty Phillips.

Space continued to open up down the flanks and topscorer Grant came mightily close to exposing the time afforded to him when Diangana opened up the Blackpool backline. But Grimshaw was alive to smother his strike, and the goalkeeper at the other end was called into action to produce a fine spectacle on the stroke of half-time.

England international Sam Johnstone showed his qualities between the sticks when a long throw dropped kindly to the hosts inside the box, who had two efforts which seemed to be heading towards the back of the net. They wouldn’t get past Albion’s No.1, though, who pulled off a remarkable double-save to see his side through to the break very much in the contest.

The game’s fast pace feel didn't falter during the second half as the Baggies’ pressure continued to work them space for shots.

Grant, Jayson Molumby and Jordan Hugill all found sprawling Blackpool defenders in the way of their shots, while Clarke somehow headed Mowatt’s menacing corner kick over on the goal-line as the away side peppered the hosts’ penalty area.

On-loan Brighton defender Clarke thought he was in to make amends when a long throw-in fell invitingly across his body eight yards out. Still, the home side didn't lie down and James Husband’s flying block ensured the game stayed 0-0.

With time running down, just under 2,000 of the travelling faithful must’ve thought goal-hungry striker Grant would find the goal the Baggies had been fighting for when Townsend was allowed time to pick him out with an inch-perfect pass.

However, he slipped the ball wide of the target and it proved to be the final chance of the night as Albion left the west coast with just a point from their tireless efforts.