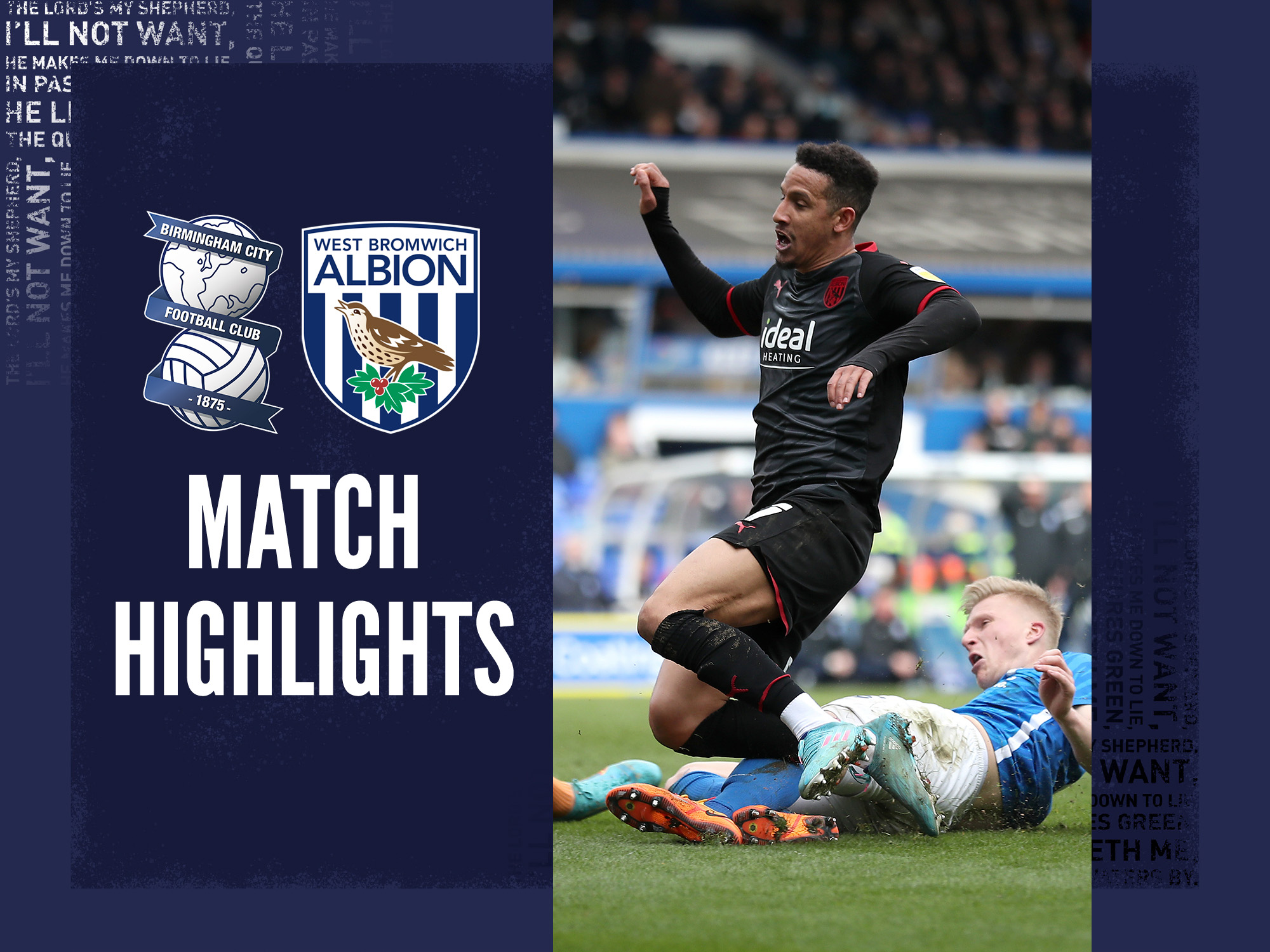 And The Baggies were unable to find a leveller in the second city as the hosts took all three points.

Steve Bruce named an unchanged XI for the fifth consecutive game on his return to St. Andrew’s.

During a first half of few chances for either side, Albion had a strong penalty shout waved away by the referee and Alex Mowatt smashed a volley over.

Clear-cut opportunities were hard to come by despite the visitors getting in decent positions, and Blues only really presented a threat through Marc Roberts’ long throws – which the Baggies dealt well with.

After the interval Birmingham managed to break the deadlock, Conor Townsend being penalised for a handball and Taylor converting from the spot.

Callum Robinson was foiled when in by Kristian Pedersen’s goal-saving block, and with time ticking away Carroll headed a golden chance narrowly wide.

Eight minutes of stoppage gave the Baggies one final chance, however Blues held firm to earn the derby day win.