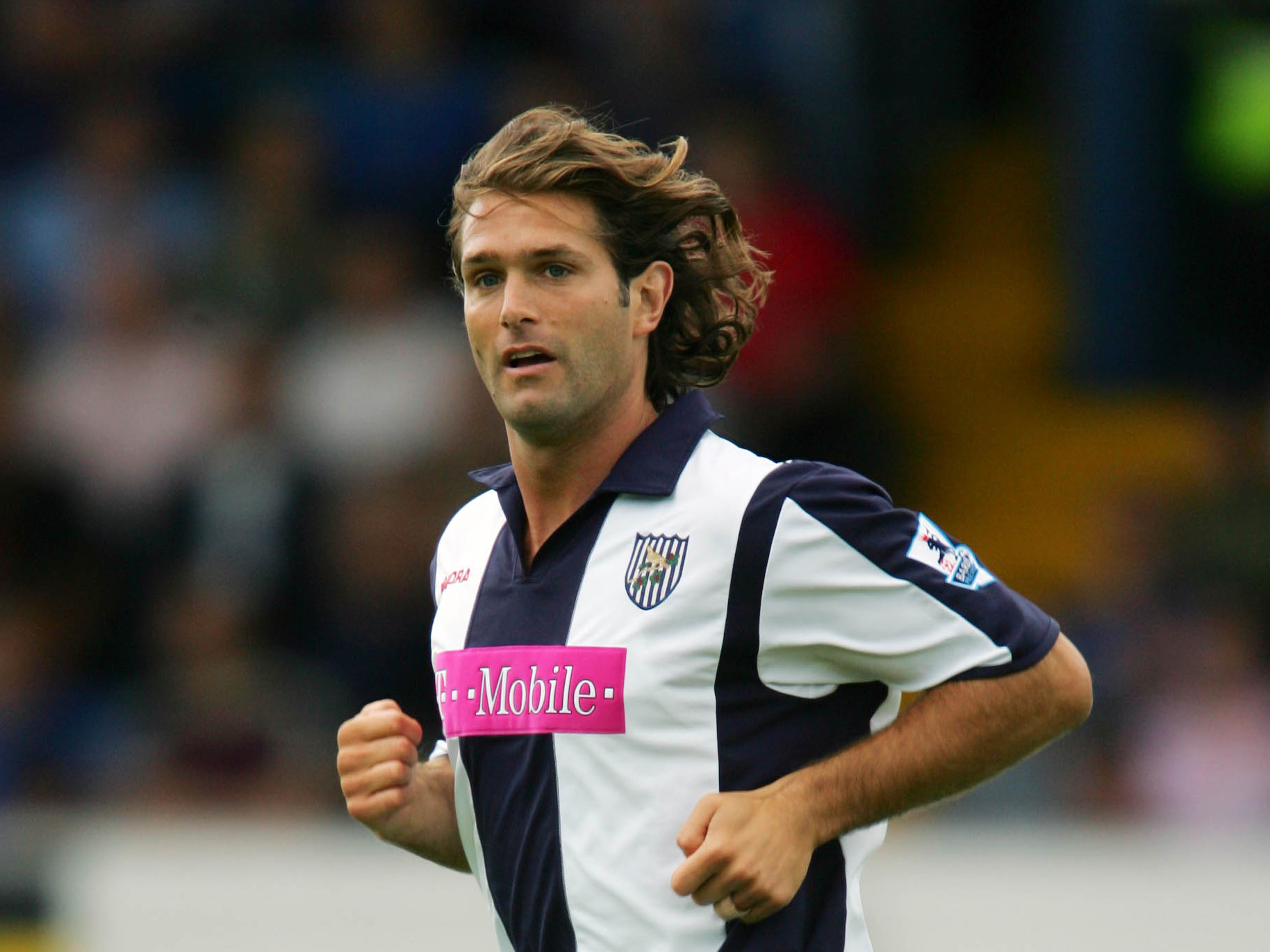 Andy Johnson was watching on from the stands when Albion scored their first Premier League goal in August 2002, and their 500th on Saturday at Stamford Bridge.

The former fans’ favourite played a pivotal role in the club’s maiden strike in the competition (he’ll forgive us for that one) – making way for the man who would come on to write his name into the history books.

AJ was replaced late on by Lee Marshall against Leeds in Albion’s first home Premier League game. The substitute would go on to score the club’s first goal, a consolation in a 3-1 defeat to the Whites.

The ex-midfielder was also in attendance at Chelsea last weekend as the Baggies soared to a spectacular 5-2 win, carrying out his co-commentary duties on WBA Radio. Callum Robinson’s second goal of the game, and Albion’s fifth, the one to take the club’s tally to the milestone mark of 500.

So having watched the first and the most recent live, we put Andy to test by asking him to name his five favourite Albion goals in the Premier League. Here are AJ’s choices…

I only scored one Premier League goal so I’ve got to throw it in haven’t I! There’s a funny story to go with it as well. I came on with about ten minutes to go and took a whack to my foot. I knew instantly I had either broken a toe or a bone in my foot. I heard the crack, but I wanted to carry on. I’m glad I did otherwise I’d be sitting here without having scored a Premier League goal! I scored the equaliser in the 90th minute and ran away celebrating. For weeks after that I played with a broken toe and had to have injections to get me through. It wasn’t a 30-yard screamer or an acrobatic volley, but a goal is a goal and I’ll always be proud of the fact I’ve scored for the Baggies in the Premier League.

What an incredible afternoon this was for everyone associated with our football club. I don’t think anybody in football expected us to be the team celebrating survival at the end of the day. Those full-time scenes will certainly live long in my memory, as I’m sure they will in the memory of every single Albion fan. Geoff’s goal sent us on our way. It sparked wild celebrations. It was a great strike too let’s not forget, on the swivel. I think the whole club believed we could actually do it as soon as that ball hit the back of the net. It was just a brilliant day.

Brunty was a terrific servant to West Bromwich Albion. The word legend gets thrown around too easily for my liking these days, but Brunty certainly deserves that title here. It just wouldn’t have been right for me to leave a Chris Brunt goal out of my five favourites. When I think back to amount of crackers he scored, it was a pretty difficult decision to choose one. But, saying that, I’m going to go for his fantastic free-kick at Everton back in 2010. He struck it so sweetly, even by his own standards. It flew into the top corner from about 30 yards out. I don’t think the ball could have been nearer the post or the crossbar without grazing it. Spectacular. Easily one of the best free-kicks ever in the Premier League.

Just like Brunty, I couldn’t leave Jimmy out. Another legend of our football club and one who gave so much to the Baggies. I’m so glad to see both he and Brunty back at The Hawthorns in coaching roles now. Mozza scored some beauties for us. You think back to that volley at Blackburn and the strike past Ben Foster at Birmingham. But you can’t beat the one against Man United on New Year’s Day. If I’d have tried that, the ball would’ve ended up in the Brummie, never mind the Smethwick! To score a goal like that, especially against Manchester United, is a moment he’ll never forget. The technique is impeccable and the confidence to hit it so quickly is so impressive. Cracking strike.

Five goals at Chelsea to hit 500 in the Premier League. There were five goals I had to choose for this feature. So I thought why not pick one of the five we scored at Wolves, and if you’re going to pick any one of those, it has to be Peter’s hat-trick goal. I think just like Chelsea last Saturday, that win at Molineux will go down as one of our most memorable Premier League results of all time. It’s a result Albion fans will talk about for years and years. You don’t put five past your rivals at their own ground every week. It was a fabulous team performance and a brilliant individual display from Odemwingie who thoroughly deserved to go home with the match ball. I loved his celebration too.