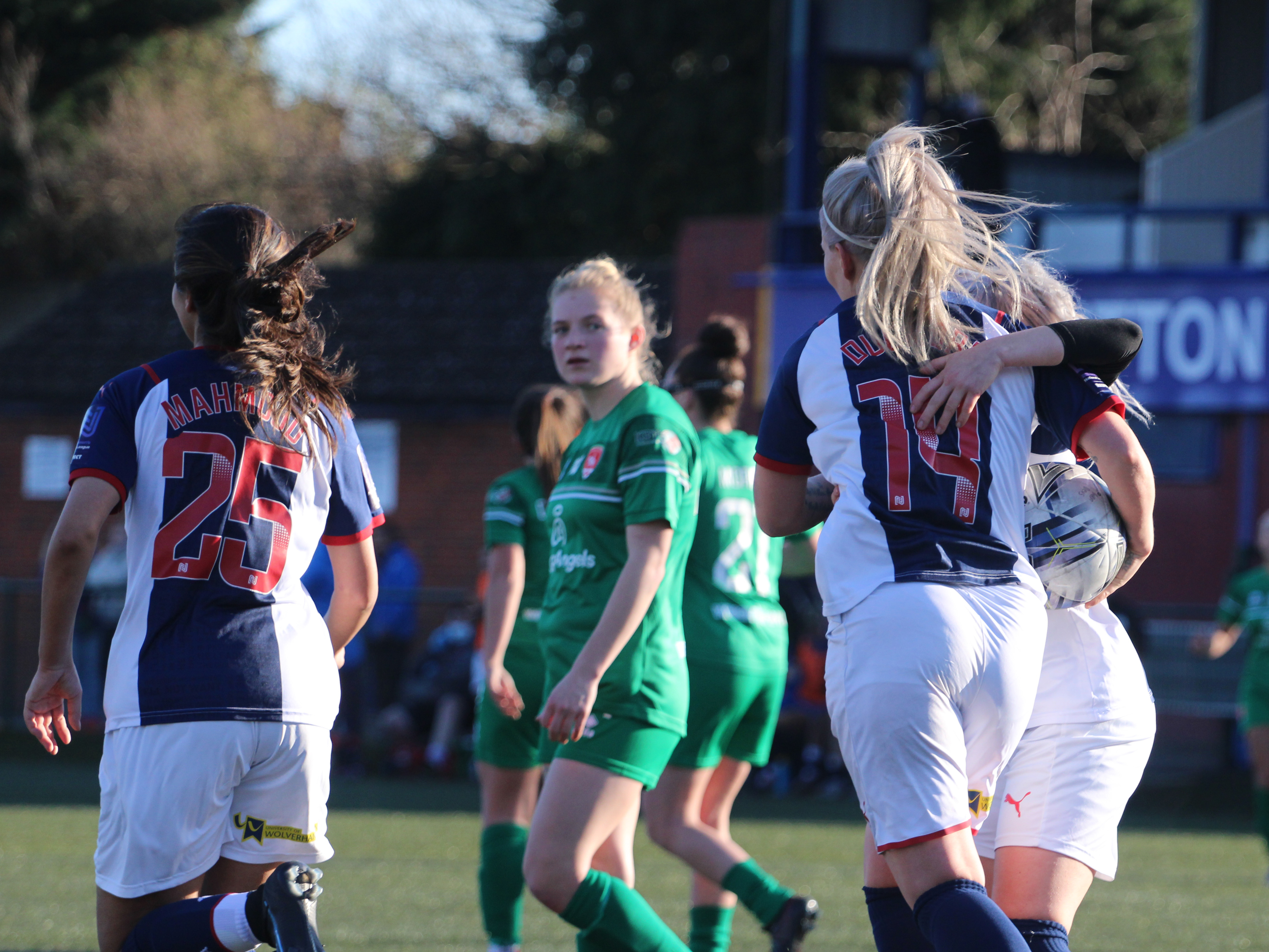 Albion Women’s Emirates FA Cup journey came to end after falling to defeat against Championship side Coventry United on Sunday.

Off the back of a 4-0 victory against Stourbridge, which saw Albion make the Birmingham County Cup final, boss Jenny Sugarman named three changes to the team which saw off the ‘Glassgirls’ the weekend before.

The visitors hit the first goal early on, Alana Mann finding herself in a yard of space at the back stick to fire home after just 5 minutes. And United didn’t take long to double that lead, as Albion failed to clear their lines which allowed Nat Johnson to curl in their second and put breathing space between the two sides.

Albion, against the run of play, did find some space for chances with both Shannon Stamps and Trina Greaves testing the Coventry defence, and it was the former who got Albion back into the tie.

Bastock’s long kick upfield caused havoc in the area and when the away side failed to clear the ball effectively, Stamps ran in to halve the deficit for Albion.

But their opponents restored their two-goal lead moments before the half-time whistle when an in-swinging delivery beat everyone in navy blue and white and found it's way through to Katie Wilkinson, who did the necessary to give Coventry a 3-1 lead at the break.

The second 45 saw Albion fight back into the game. Abi Loydon’s long ball put Mariam Mahmood behind the Coventry backline and, in-turn, forced defender Haigh into bringing down the Baggies striker inside the box.

A spot-kick was quickly awarded, Aston Villa loanee Haigh was shown a red card to reduce United to 10, and Leigh Dugmore made no mistake from 12 yards to give the Baggies hope going into the last 15 minutes.

But the hosts’ chances of levelling the tie soon took a blow when a sweeping Coventry counter-attack gave Fergusson space and time at the back post to fire home and send the visitors into the last eight of the Vitality Women’s FA Cup.

After the match, gaffer Jenny Sugarman reflected positively on proceedings saying: “From first minute to last we were outstanding today. We took on a very good Championship team and never gave them a minutes’ peace. I’m so proud of all of the girls.”

University of Wolverhampton Player of the Match, Abi Loydon said: “I’m proud of mine & the team performance today. We really made them work for it today. We can all hold our heads high.”