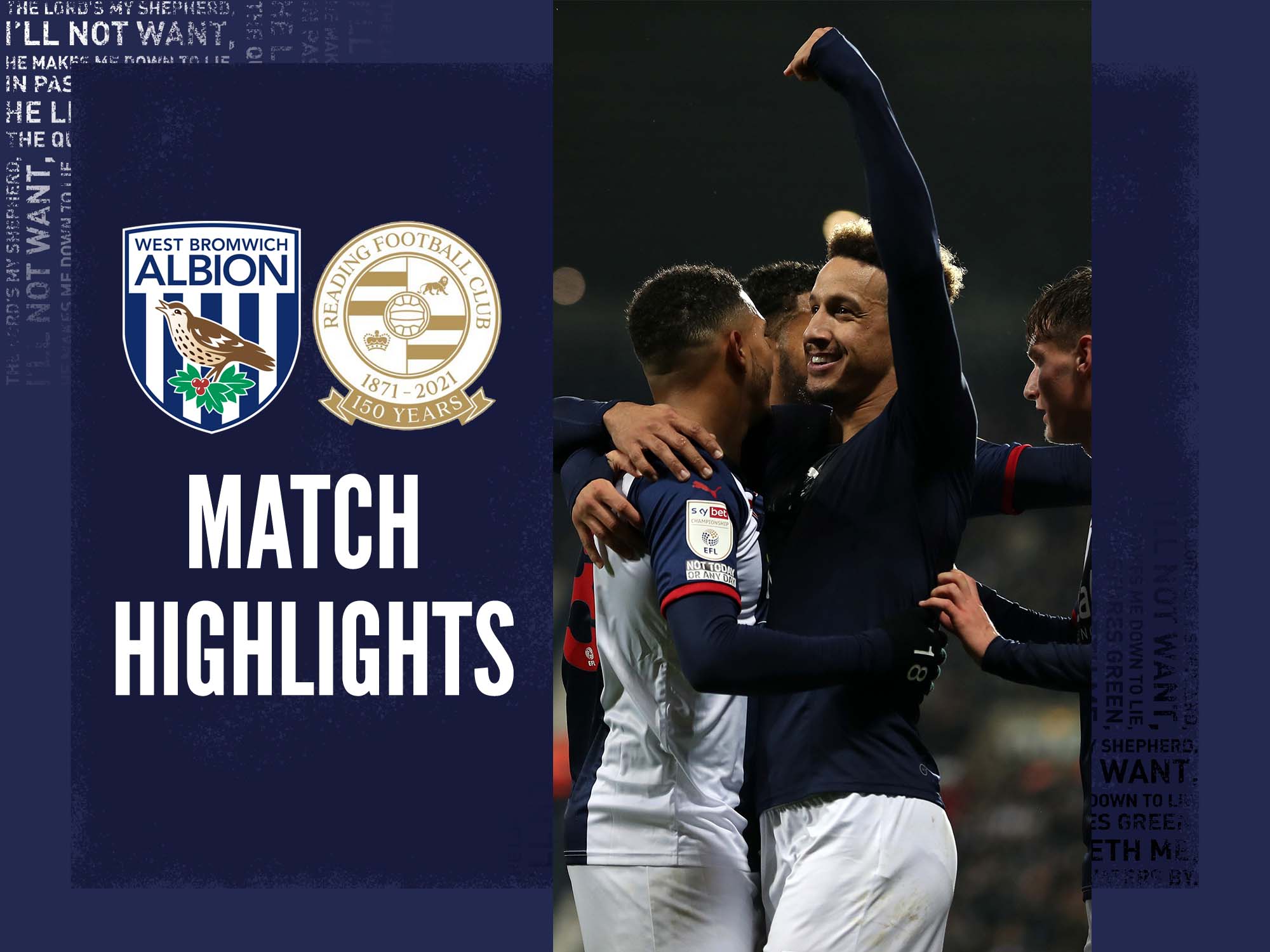 Watch free-to-view highlights of the Baggies' important win against the Royals.

Callum Robinson’s second-half effort was enough to give Albion all three points against Reading on Saturday afternoon at The Hawthorns.

A dominant showing didn’t provide a breakthrough during the first half, but the Baggies No.7 found a way past an inspired Royals stopper to help the home side secure back-to-back league wins.

Valérien Ismaël made four changes to his team for Saturday’s clash, with Cedric Kipre, Matt Clarke, Conor Townsend and Semi Ajayi all self-isolating after testing positive for Coronavirus earlier in the week, while Grady Diangana missed the game through illness.

Still, it didn't affect Albion’s approach and four attempts in the first 10 minutes of the game was exactly the start they were after.

But it was the Baggies’ leading talisman who should’ve put them ahead when a poor pass out from defence fell invitingly at Grant's feet with the goal there for the taking. Southwood, however, was ready to palm his shot away.

And Karlan’s effort wasn’t even the closest Ismaël’s men came to making a breakthrough. Fellow attacker Robinson must’ve thought he’d broken the deadlock when his half-volley sailed past the Royals shot-stopper.

Luckily for him striker Andy Carroll was guarding the line to head away, as the score remained goalless at the interval.

It was a better showing from the visitors at the beginning of the second 45, but it didn’t take long for the hosts to threaten again when Molumby fed fellow Republic of Ireland international Robinson, who did well to take the ball in his stride and enter the box for a shot.

Fortunately for Reading, though, a matter of inches separated the striker’s shot from finding the bottom corner.

Taylor Gardner-Hickman and Grant both had chances at goal, before Robinson eventually found the goal he deserved - connecting with a fantastic low ball to guide it in off the underside of the crossbar.

Chances kept coming after the opener and Robinson very nearly had a second goal to his name. A quick counter allowed Albion’s striking pair to link-up for a shot. Somehow, Southwood was there to claw it out to keep the score at 1-0.

A moment did come for the visitors to level the score and after missing a gilt-edged opportunity at the end of the first-half, Tom Dele-Bashiru put another great chance wide to ensure the Baggies made it 11 games unbeaten on home soil.