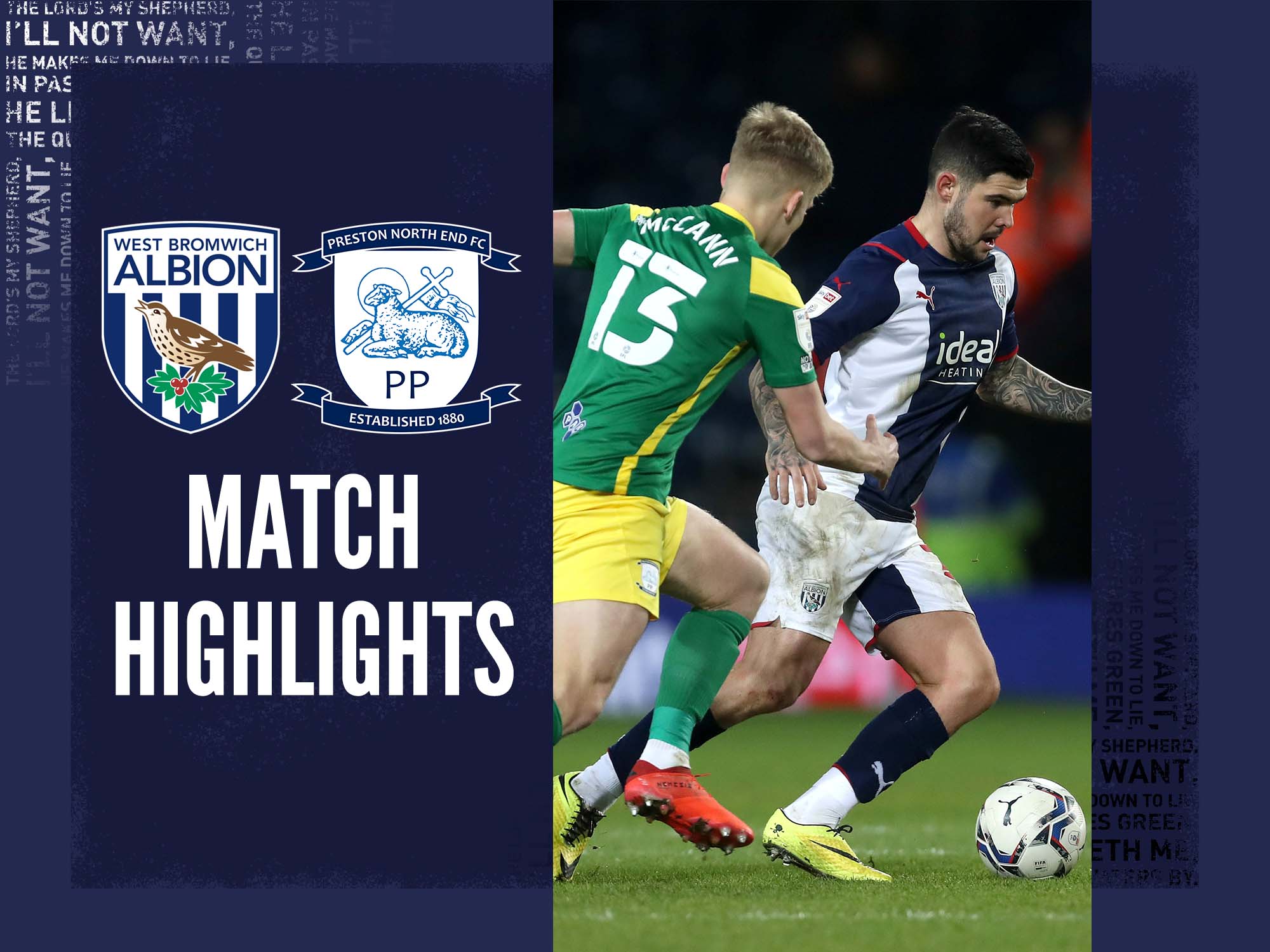 Watch free-to-view highlights of the Baggies' Sky Bet Championship clash in B71.

Albion fell to their first home league defeat of the season on Wednesday night with a 2-0 loss to Preston North End.

Close-range finishes from Emil Riis Jakobsen and Cameron Archer either side of half-time were enough to earn the Lilywhites all three points at The Hawthorns.

The Baggies return to action on Saturday when they travel to Millwall.

Alex Mowatt returned to the starting XI after serving his three-game suspension, and he was joined by Grady Diangana following a brilliant performance from the bench during Saturday’s 3-0 win against Peterborough.

Despite a few set-pieces and counter attacks, it wasn’t until the half-hour mark Albion managed to generate a couple of shots at goal – with Diangana and Mowatt seeing their long-range efforts blocked.

Riis Jakobsen then blasted over for North End, as did Mowatt for Albion, before the visitors netted shortly ahead of half-time. A quick move in the Baggies’ box was finished by Greg Cunningham’s cross deflecting into the path of Riis Jakobsen to tap home, and it was Preston leading at the break.

Valérien Ismaël made a change at the interval, deciding to bring Taylor Gardner-Hickman on for Cédric Kipré and move Darnell Furlong to centre-back.

Callum Robinson was also introduced shortly into the second-half, and he curled wide from the edge of the area after Matt Phillips had seen a shot blocked and Diangana guided a free-kick off-target.

But it was North End who grabbed the game’s next goal, substitute Archer nodding in just a couple of yards out, and they held on to claim the 2-0 victory.