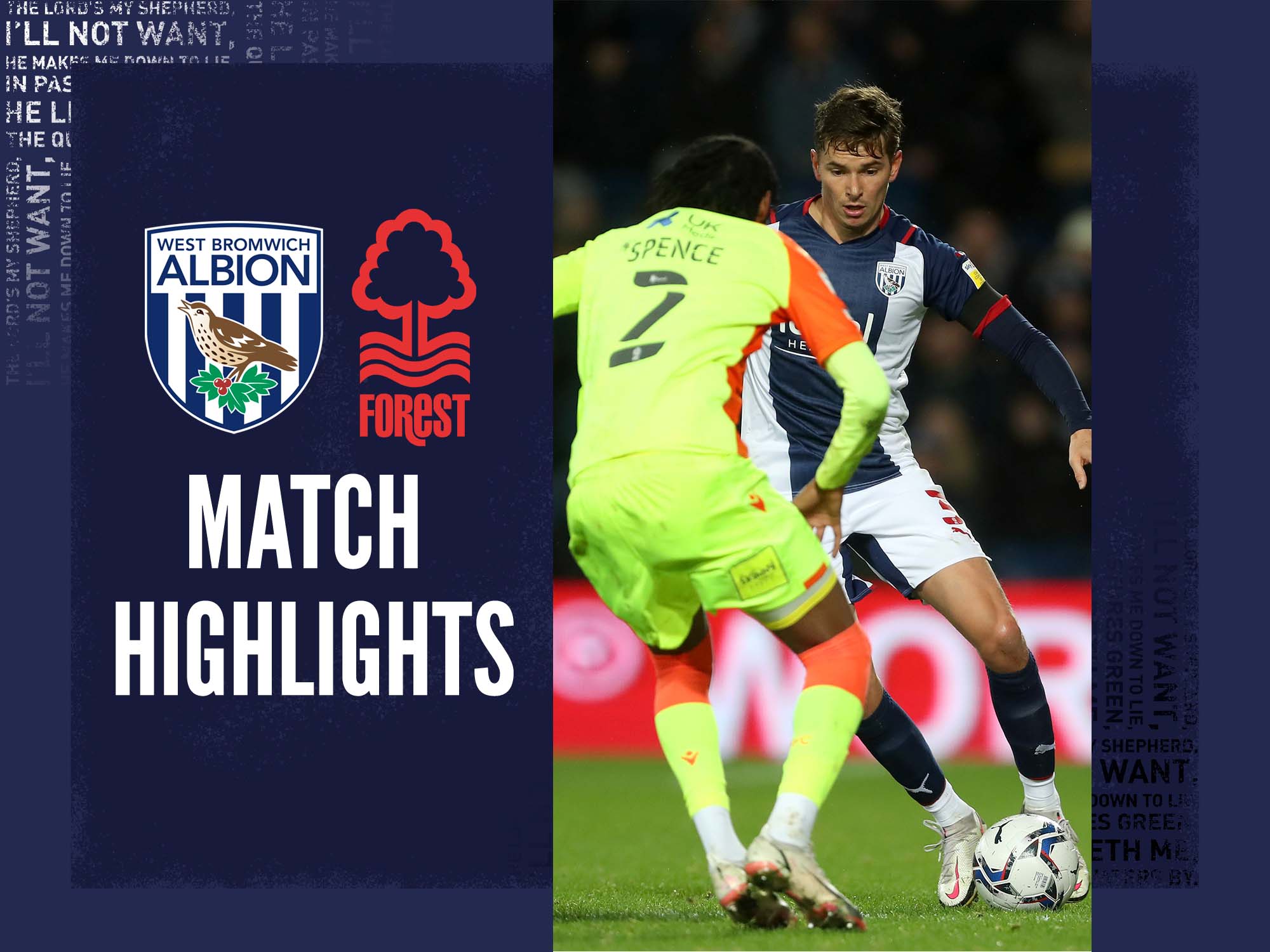 Albion extended their unbeaten home run in the Sky Bet Championship after a goalless draw with Nottingham Forest on Friday night.

The hosts were reduced to 10 men during the second 45 after Jayson Molumby was shown a second yellow card, but they enjoyed the better chances regardless of the numerical difference.

Grady Diangana forced shot-stopper Brice Samba into action during the first half and Jordan Hugill came close to making the most of the space afforded to him late on. But the Baggies were forced to settle for a share of the points at The Hawthorns, preserving their undefeated run on home soil in England's second tier.

Effective pressing was on show in midweek at Bloomfield Road, and similar patterns started to emerge during Friday night’s contest. It allowed Mowatt and Townsend to try their luck from the edge of the area and Samba in the Forest goal was forced into action to deny Albion’s best chance.

A quick free-kick fed Diangana into the visitors’ box with space to make something happen. And he did just that, twisting and turning before shooting low towards the bottom corner. Sadly, Samba read the ball's direction to keep it out.

Topscorer Grant showed lovely, quick feet throughout the game and his clever thinking almost put the ball on a plate for the onrushing Darnell Furlong to smash in 15 minutes before the halfway mark. Fortunately for the away side, Furlong’s left-footed effort flew over to keep the game level at the interval.

Forest’s menace on the break was clear to see just seconds after the restart, with Brennan Johnson and Philip Zinckernagel regularly looking to run beyond Furlong and Townsend.

Still, better openings fell the way of the Baggies and forward-thinking from Robinson nearly saw the Republic of Ireland international feed fellow attacker Grant for a shot on goal. With Worrall beaten, space seemed to favour Karlan as he looked to breach the Forest resolve - but his wayward shot scuppered momentum.

Furlong was the next player to give Forest a scare, heading over from a fierce cross and curling a cross inches past the post. Albion’s intent, though, took a knock when Molumby was shown a second yellow for a lunge on visiting substitute Joe Lolley.

Down to 10 men, the Baggies allowed the away side into the game more as the minutes ticked down and they nearly took all three points in the closing stages, Grabban sending a shot goalwards but finding Clarke in the way with a crucial block.

Despite their man advantage it was Albion who came closest to finding the net in stoppage time. Clarke nodded the ball into open space inside the Forest box to give Hugill time to look up and shoot at goal. But too much power sent the ball flying over, maintaining the hosts' their unbeaten league run in B71.